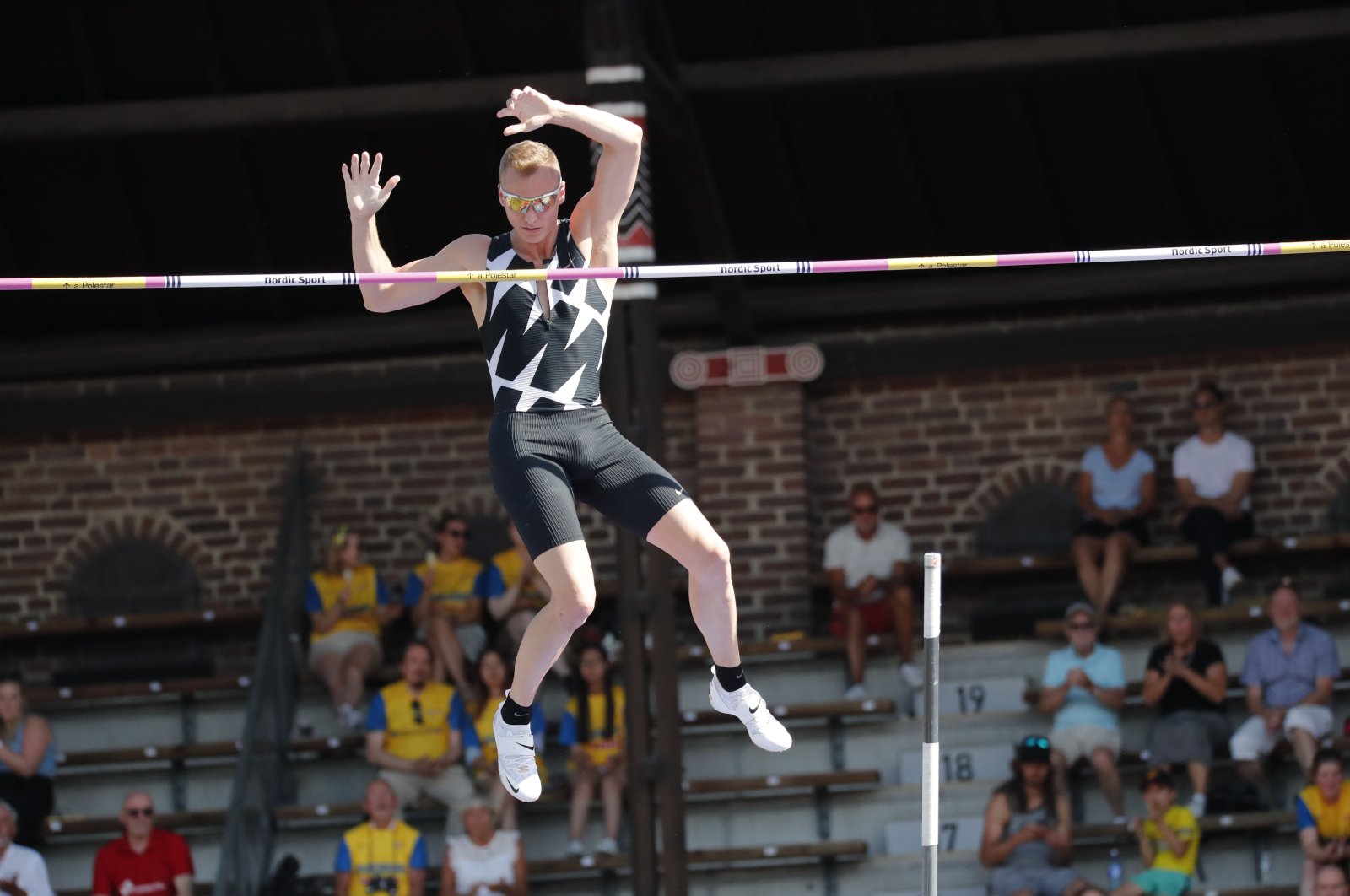 The Tokyo 2020 Games were given a reality check after pole vaulters Sam Kendricks of the United States and Argentina's German Chiaraviglio were ruled out of the Olympics with positive COVID-19 tests.

U.S. Olympic and athletics officials confirmed Thursday that Kendricks, a double world champion, had tested positive, tweeting: "The health and safety of our athletes, coaches and staff is our top priority. "In alignment with local rules and protocols, he has been transferred to a hotel to be placed in isolation and is being supported by the USATF and USOPC staff."

The immediate knock-on effect was that members of the Australian team were forced to isolate in their rooms as a precaution, but resumed normal activities later on Thursday after negative tests were confirmed.

Swedish world record-holder Armand Duplantis told reporters at a press conference Thursday that he had not been in contact with his American rival Kendricks.

"I have been super lucky just not to have come into contact with him," he said. "All the pole vaulters are pretty spooked out right now."

Duplantis told reporters that he had plans to meet up with Kendricks Wednesday but that didn't happen. "So that was a pretty lucky dodge right there," he said.

"We are all pretty spooked out right now," he said. "It's been a weird hour for sure."

Argentina's Chiaraviglio confirmed on social media that he was out of the Games as well, and was isolating in a hotel.

"It is very hard to process something like that, it will take me a long time," he wrote, via a translation. "Living through this is very hard, but I know that this will also pass."

Chiaraviglio said he had a positive saliva test but a negative PCR test after he arrived in Japan, for three days. On Wednesday, however, both tests – saliva and nasal – came back positive.

"That's when I knew it was all over," he wrote.

Games procedures state that athletes who are contact-traced and have not yet competed are isolated from the rest of the squad. They then have to be tested six hours prior to their competition and return a negative result in order to compete. The athletics program begins Friday, with the pole vault qualifying event Saturday.

Kendricks won the world title in 2017 and 2019 and Olympic bronze in Rio 2016 and his battle with world record-holder Duplantis was expected to have been one of the highlights of the track and field program.

"Sam is an incredible and accomplished member of Team USA and his presence will be missed. Out of respect for his privacy, we cannot provide more information at this time," the U.S. Olympic Committee tweeted.

United States Track and Field (USATF) said Kendricks and his close contacts were immediately notified and protocols were activated to isolate him.

"We are following the guidance on next steps to ensure the safety of the remainder of our delegation, and to offer support to Sam," USATF tweeted.