After Federer, Nadal out of US Open with season-ending foot injury 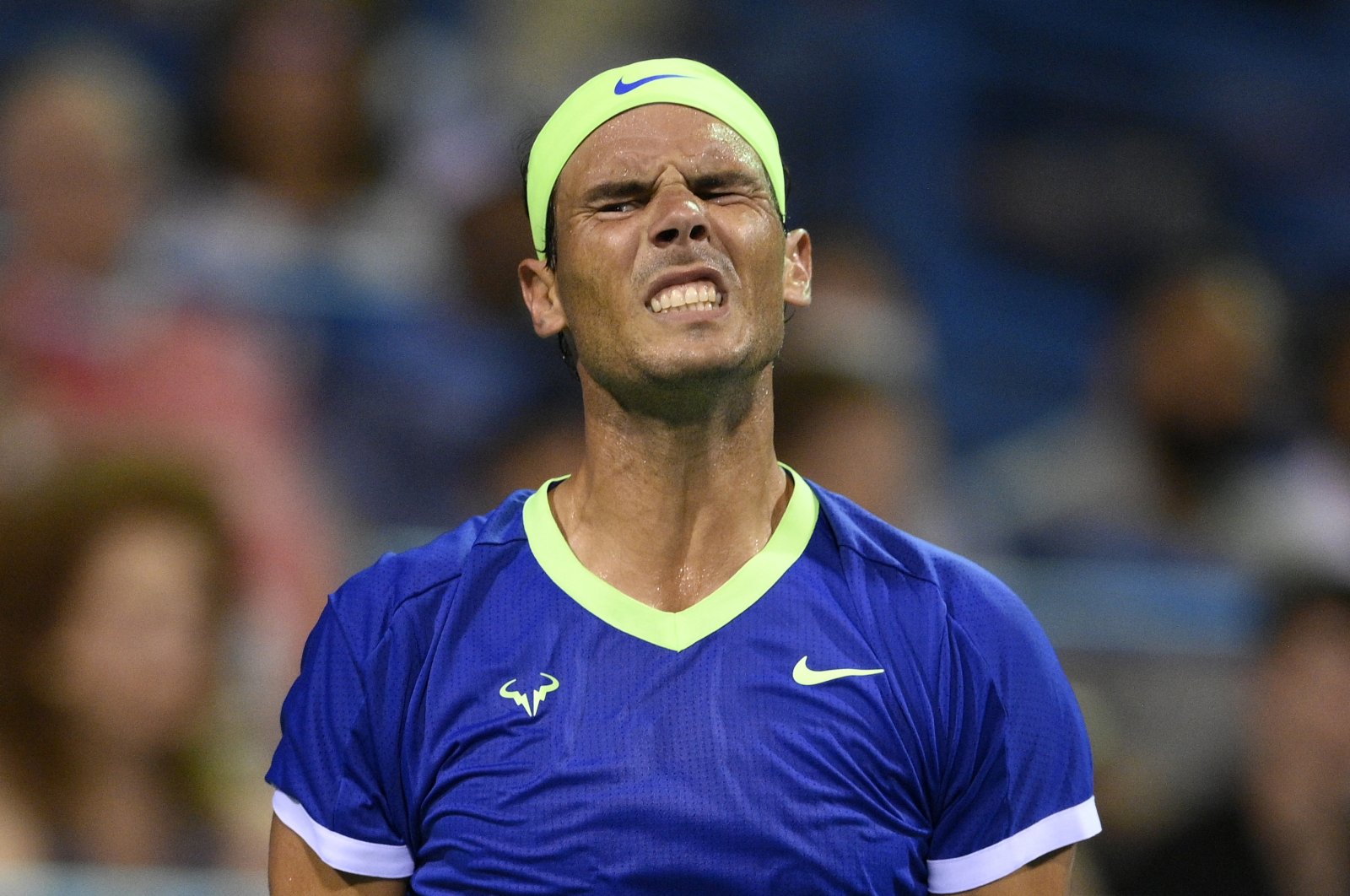 This year's U.S. Open will miss yet another veteran after Rafael Nadal on Friday announced he was ending the season due to an injury to his left foot.

Nadal is the second big-name player after Swiss star Roger Federer confirmed Sunday he was pulling out of Flushing Meadows for a third knee surgery.

"Hello everyone, I wanted to inform you that unfortunately, I have to end the 2021 season," Nadal wrote on Twitter.

"Honestly, I've been suffering a lot more than I should with my foot for a year and I need to take some time to resolve this problem or at least improve the situation (if I want to be able to play) the next few years."

Following his defeat to Novak Djokovic at Roland Garros, Nadal skipped Wimbledon and the Olympics before making a return to the courts in Washington earlier this month.

He beat Jack Sock but then slipped to a three-set defeat at the hands of South Africa's Lloyd Harris, after which the 35-year-old declared that "the foot was better."

However, that proved to be premature as he then pulled out of the event in Toronto saying it was "not a happy situation" and is missing from the current tournament in Cincinnati, the traditional curtain-raiser for the U.S. Open which starts on Aug. 30.

Nadal said that he wanted to give his foot time to heal so that he could come back fully competitive in 2022.

"It is with the greatest enthusiasm that I will do everything I can to find the best possible form and return to competition with the objectives that are most important to me," he continued Friday.

"I am convinced that I can achieve this if my foot heals and, of course, with great daily effort. I will work as much as I can to make it so.

"I promise to work hard to try and continue to benefit from this sport for a while longer."

The world No. 4, who has 20 major titles to his name including four in New York, is just the latest big name to miss out on the U.S. Open.

Defending champion Dominic Thiem also announced his withdrawal this week after failing to recover from a wrist injury.

World No. 1 Djokovic is expected to be present in spite of not having played since losing the bronze medal match at the Olympics in Tokyo.

The Serb has won all three majors this season and is eager to make a clean sweep in New York.