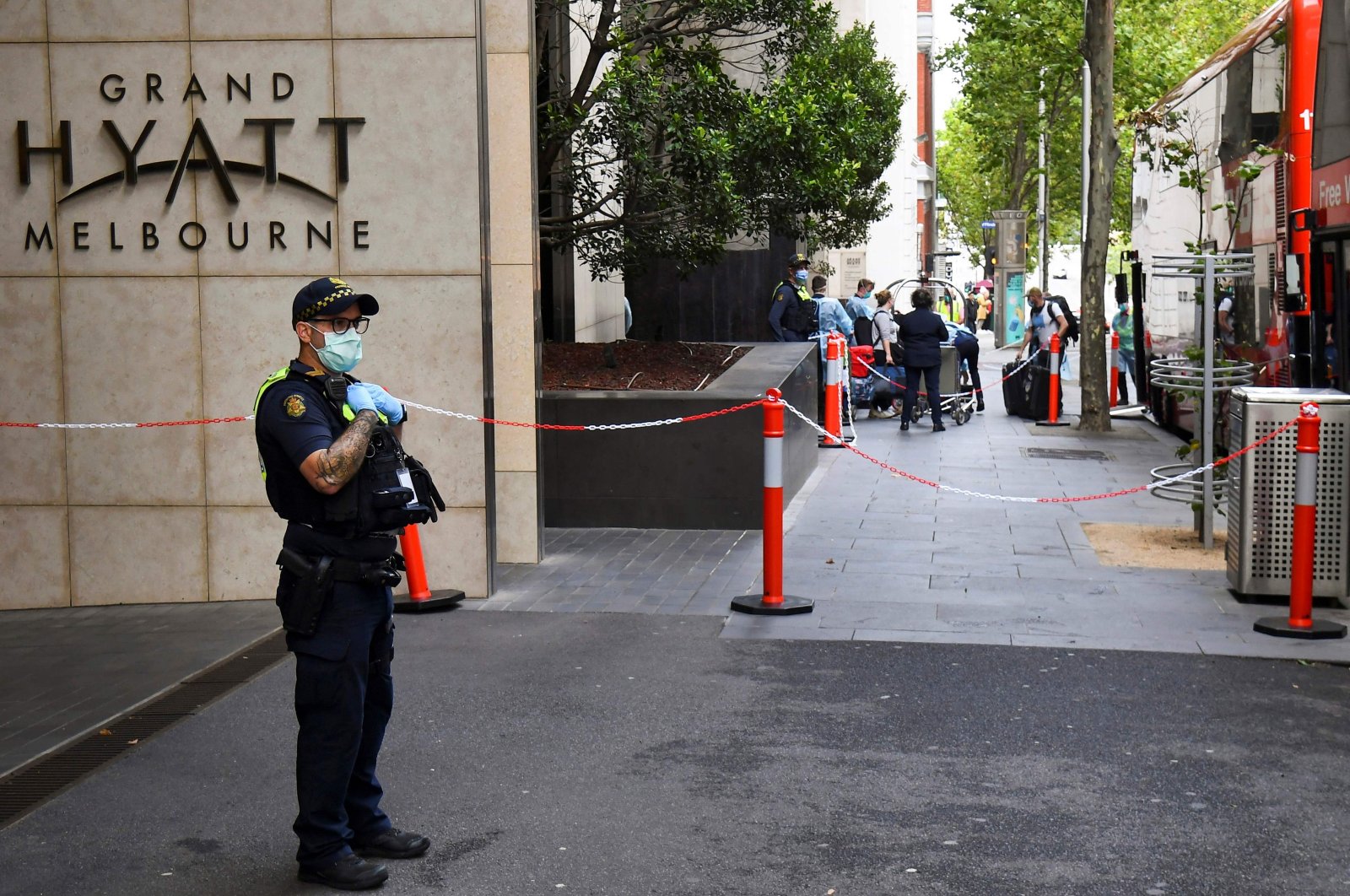 Preparations for the Australian Open were thrown into chaos Wednesday when up to 600 players and officials were told to isolate and get tested after a worker at a hotel they are staying in became infected with COVID-19.

Daniel Andrews, premier of Victoria state, said the man last worked at the Grand Hyatt Hotel in Melbourne on Jan. 29 and anyone there was considered a casual contact.

More than 1,000 players, coaches and officials jetted into largely virus-free Australia last month for 14 days' lockdown ahead of the opening Grand Slam of the year.

The Grand Hyatt was one of the designated hotels used.

"There is a number of about 500, 600 people who are players and officials and others who are casual contacts," Andrews said in a late-night press conference.

"They will be isolating until they get a negative test and that work will be done tomorrow."

But with test results generally returned within 24 hours, he said he did not expect the precautionary move to impact the Australian Open, which is scheduled to start on Monday.

"It may have an impact on tomorrow's play in the lead-up events. But at this stage, there's no impact to the tournament proper," he told reporters.

Six ATP and WTA tournaments featuring the world's top players are currently being held at Melbourne Park to get them match fit for the Grand Slam after their fortnight in quarantine.

While most players were allowed out to train for five-hour blocks during their lockdown, 72 were confined to their hotel rooms 24 hours a day after eight positive COVID-19 cases were detected on the charter flights that brought them to Australia.

Some only emerged over the weekend.

Aggressive restrictions on incoming travel have helped keep the coronavirus at bay in Australia, making it one of the countries still able to have fans at sports events.

Despite the huge logistical exercise of holding a major tennis tournament during a pandemic, Andrews said sport was not the most important issue.

"I must say that is important to us but the issues are much broader and that is about public health and public safety," he said, but added: "This is one case, there's no need for people to panic."

Health officials said the man was tested at the end of his shift, returning a negative result. He subsequently developed symptoms and was tested again on Feb. 2, with his result coming back positive late Wednesday.

Victoria had gone 28 days without a locally acquired infection, with the new case prompting a tightening of rules around mandatory mask use and a reduction in the limits of how many visitors are allowed in homes.

Daily crowds at a maximum between 25,000 and 30,000 are expected to watch the Australian Open, equating to some 390,000 spectators across the two-week spectacle – around half the attendance of last year, due to coronavirus restrictions.