Australian Open gets OK for 30,000 spectators a day 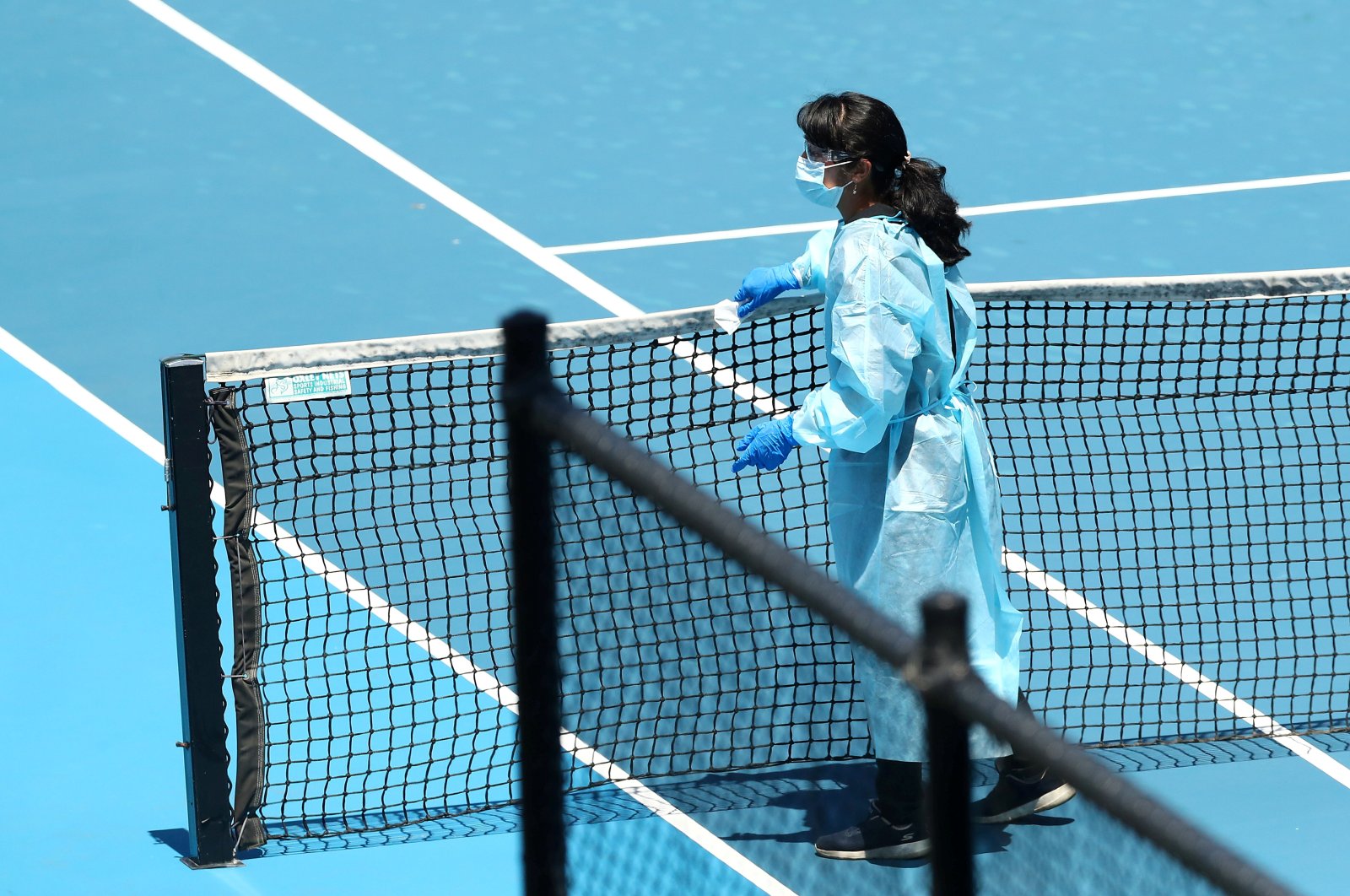 A member of staff wearing PPE cleans the net at Melbourne Park in between the training sessions of tennis players undergoing mandatory quarantine ahead of the Australian Open in Melbourne, Australia, Jan. 21, 2021. (Reuters Photo)
by REUTERS Jan 30, 2021 9:29 am
RECOMMENDED

Victoria state Sports Minister Martin Pakula announced Saturday that the Australian Open will be allowed to host a maximum of 30,000 fans a day during the Grand Slam tournament set to begin on Feb. 8.

The limit will be reduced to 25,000 over the last five days of the tournament when there are fewer matches, but Pakula said the announcement would ensure some of the biggest crowds for a sporting event since the beginning of the COVID-19 pandemic.

"It'll mean that over the 14 days, we will have up to 390,000 people here at Melbourne Park and that's about 50% of the average over the last three years," he told reporters at the venue for the tournament.

"It will not be the same as the last few years but it will be the most significant international event with crowds that the world has seen in many, many months."

Pakula said the decision was a testament to the job the people of Victoria had done in containing the new coronavirus after enduring one of the longest and strictest lockdowns in the world.

It has been 24 days since Victoria reported a locally acquired COVID-19 infection, while Australia as a whole posted a 13th straight day without a community case on Saturday. The Australian government said the country remained on track to start its vaccine rollout from late February despite reports of supply problems in Europe.

More than 1,000 people, players and their entourages, were obliged to undergo 14 days of quarantine on their arrival in Australia ahead of the year's first Grand Slam.

Most were allowed out of their rooms for up to five hours a day for training and gym work, but 72 players remained in strict lockdown after fellow passengers on their flights to Australia tested positive for the virus that causes COVID-19.

Despite gripes from some at the start of quarantine, tournament chief Craig Tiley said he was "particularly proud" of the "playing group," most of whom will be out of quarantine by the end of Saturday.

"I've seen a few of them this morning and contrary to what some players said 10 days ago, the majority of them – 99.9% – are absolutely happy to be out and very appreciative of our efforts to protect them," he said.

Local health authorities said on Saturday they were still managing five active COVID-19 cases connected to the tennis, one of them a player.

Spain's Paula Badosa, the world no. 67, was the only player to announce she had tested positive in Melbourne. She has another few days of quarantine to complete.