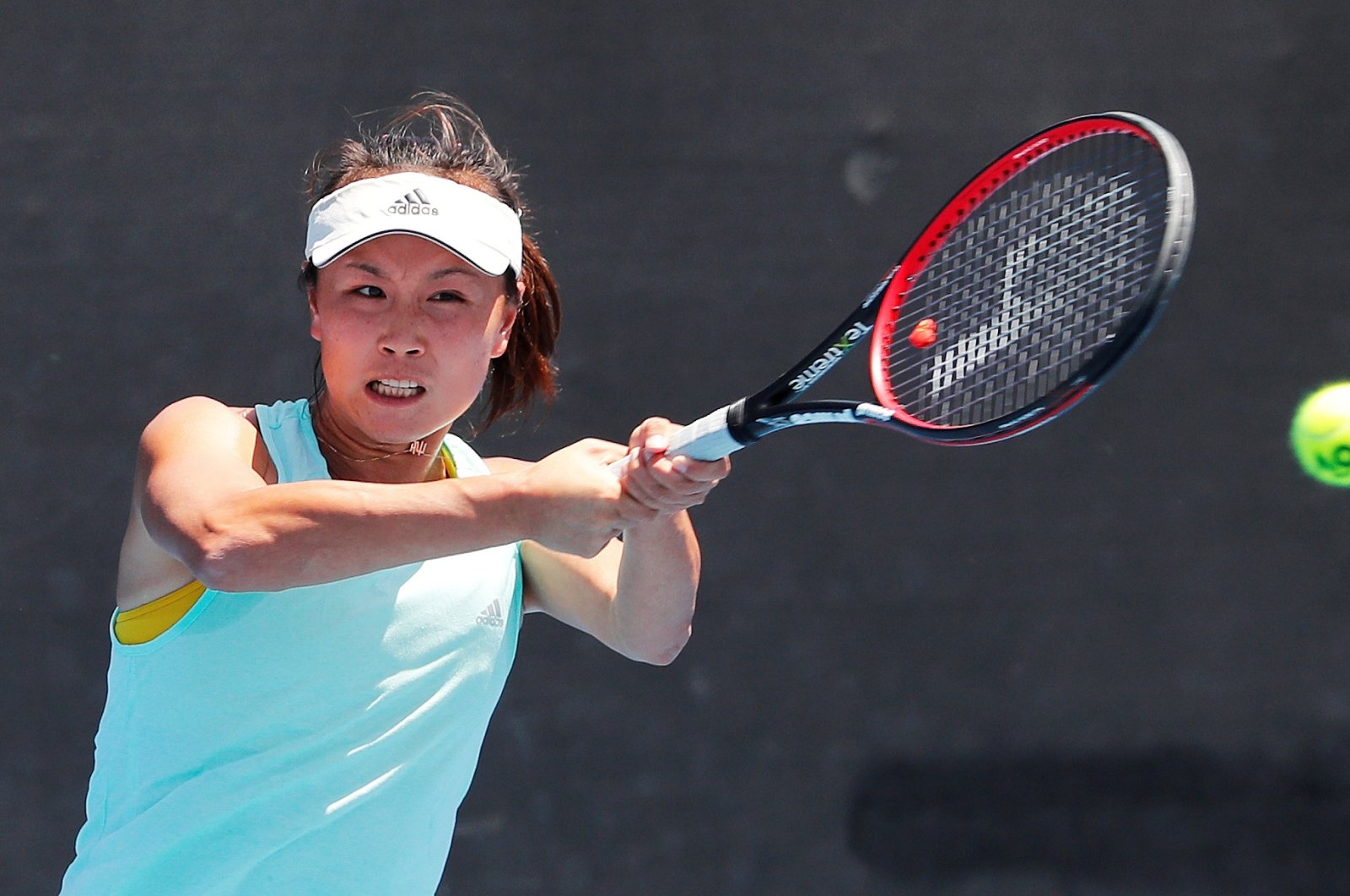 The former No. 1 and four-time major winner posted on social media to join those asking: where is Peng Shuai?

In a Twitter post – under the hashtag WhereIsPengShuai – Osaka wrote: "Not sure if you've been following the news but I was recently informed of a fellow tennis player that has gone missing shortly after revealing that she has been sexually abused. Censorship is never ok at any cost."

The 24-year-old Osaka, who hasn't played at tour-level since her U.S. Open title defense ended in a third-round loss in September, said she hoped Peng and her family "are safe and ok."

"I'm in shock of the current situation," she wrote, "and I'm sending love and light her way."

Other leading players including men's No. 1 Novak Djokovic, and the organizers of the women's and men's professional tennis tours have been calling for a full investigation into the allegations made by the two-time Grand Slam doubles champion.

Peng wrote in a lengthy social media post earlier this month that a former vice premier had forced her to have sex despite repeated refusals. The post was removed from her verified account on Wiebo, a leading Chinese social media platform, and China's entirely state-controlled media has suppressed all reporting on the case.

Reports of the allegations circulated overseas for more than a week before WTA Chairman and CEO Steve Simon issued a statement saying "Peng Shuai, and all women, deserve to be heard, not censored."

"Her accusation about the conduct of a former Chinese leader involving a sexual assault must be treated with the utmost seriousness."

"We are encouraged by the recent assurances received by WTA that she is safe and accounted for and will continue to monitor the situation closely," Gaudenzi said. "Separately, we stand in full support of WTA's call for a full, fair and transparent investigation into allegations of sexual assault against Peng Shuai."

Peng, 35, wrote that Zhang Gaoli, a former vice premier and member of the ruling Communist Party's all-powerful Politburo Standing Committee, had forced her to have sex despite repeated refusals following a round of tennis three years ago. She said Zhang's wife guarded the door during the incident.

Her post also said they had sex once seven years ago and she had feelings for him after that.

As is usual for retired Chinese officials, the 75-year-old Zhang dropped from public sight after his retirement in 2018 and is not known to have any intimate professional or political connections to current leaders.

Peng won 23 tour-level doubles titles, including at Wimbledon in 2013 and the French Open in 2014. She was a semifinalist in singles at the U.S Open in 2014. Peng hasn't played at the top tier since the Qatar Open in February of last year, before restrictions imposed for the COVID-19 pandemic.

Peng also played in three Olympics – 2008, 2012, and 2016 – but the International Olympic Committee (IOC) has remained silent about her allegations. The IOC and China are organizing the Beijing Winter Olympics starting Feb. 4.

Her accusation was the first against a prominent government official since the #MeToo movement took hold in China in 2018 before being largely tamped down by authorities the same year.

When asked during a daily briefing earlier this week about Peng's allegation, Chinese Foreign Ministry spokesperson Zhao Lijian said: "I have not heard of the matter, and it is not a diplomatic question."