Djokovic our LeBron but needs to be called out, Kyrgios says 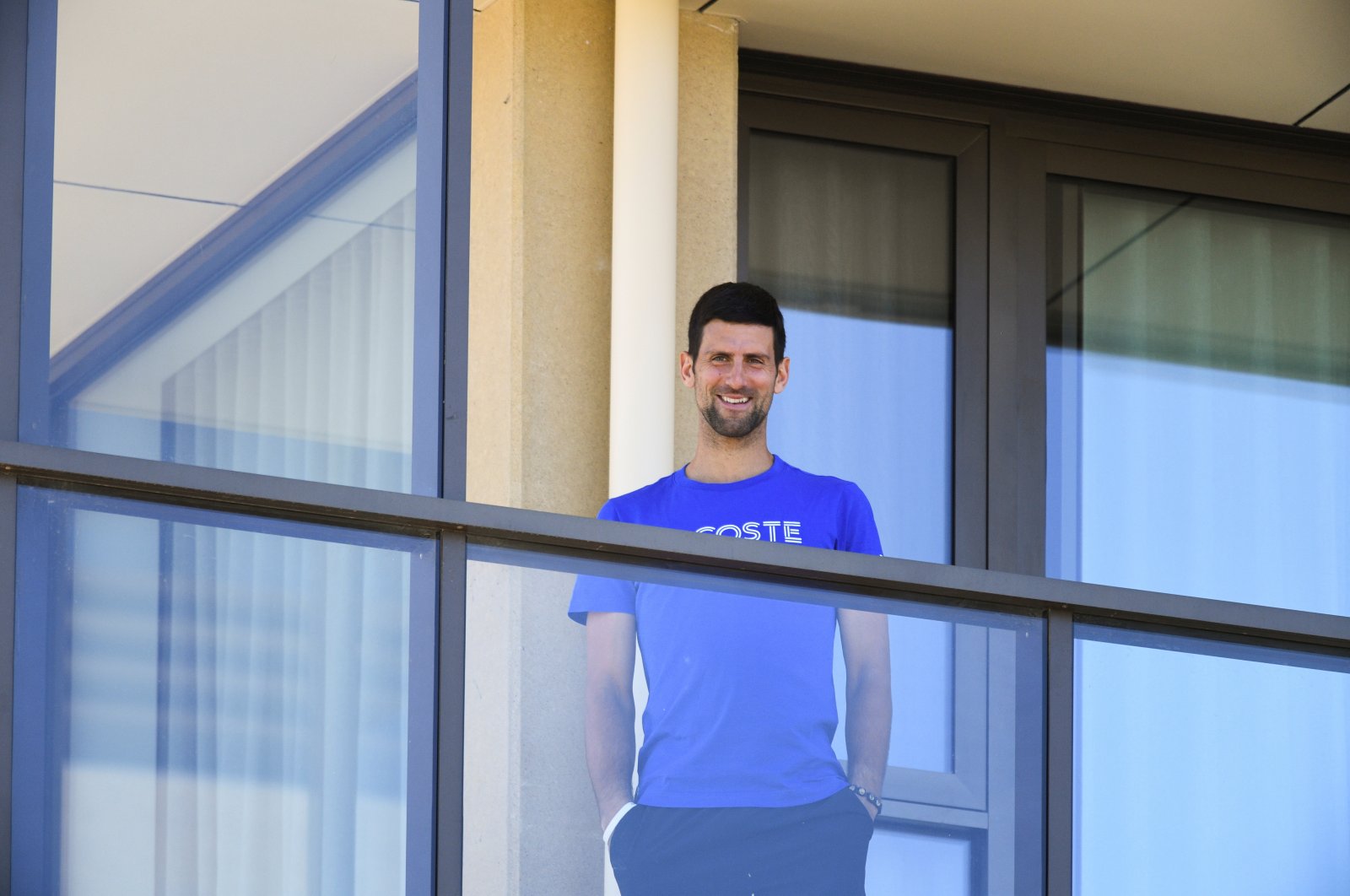 Novak Djokovic on the balcony of a hotel where tennis players are quarantining ahead of the Australian Open, Adelaide, Australia, Jan. 22, 2021. (REUTERS Photo)
by REUTERS Jan 26, 2021 2:15 pm
RECOMMENDED

Nick Kyrgios has likened Novak Djokovic to NBA player LeBron James in his influence both on and off the court but says he had a duty to call out the world number one when he "lost his way" during the COVID-19 pandemic.

The maverick Australian called the Serbian's ill-fated Adria Tour in June "boneheaded" and described Djokovic as a "tool" last week when he wrote to Australian Open organizers asking for the easing of quarantine conditions.

"He is one of our leaders of our sport. He's technically our LeBron James in the way he has to be setting an example for all tennis players," Kyrgios said of the 17-time Grand Slam champion in an interview with CNN.

"When he was doing some of the things he was doing during the global pandemic, it just wasn't the right time. I know everyone makes mistakes, some of us go off track sometimes, and I think we have to hold each other accountable.

"No one else was really holding him accountable. Everyone loses their way a little bit but I think he just needs to pull it back."

Kyrgios was not alone among his peers in objecting to what were portrayed as Djokovic's "demands" in his letter to Australian Open organizers.

Djokovic hit back at the critics, however, saying his good intentions had been "misconstrued".

His defenders pointed out that Djokovic and other top players such as Rafa Nadal and Dominic Thiem were undergoing quarantine in more salubrious surroundings in Adelaide and not actually subjected to the conditions in Melbourne.

"Djokovic's balcony is bigger than my room but at least he said something," said Argentine Guido Pella last week.

World No. 2 Nadal returned serve with a waspish remark in an interview with ESPN on Monday.

"We all try to help each other," the 20-time Grand Slam champion said.

"Some need to make public all they do to try to help others, while some of us do it privately without publishing our calls or making propaganda with it."