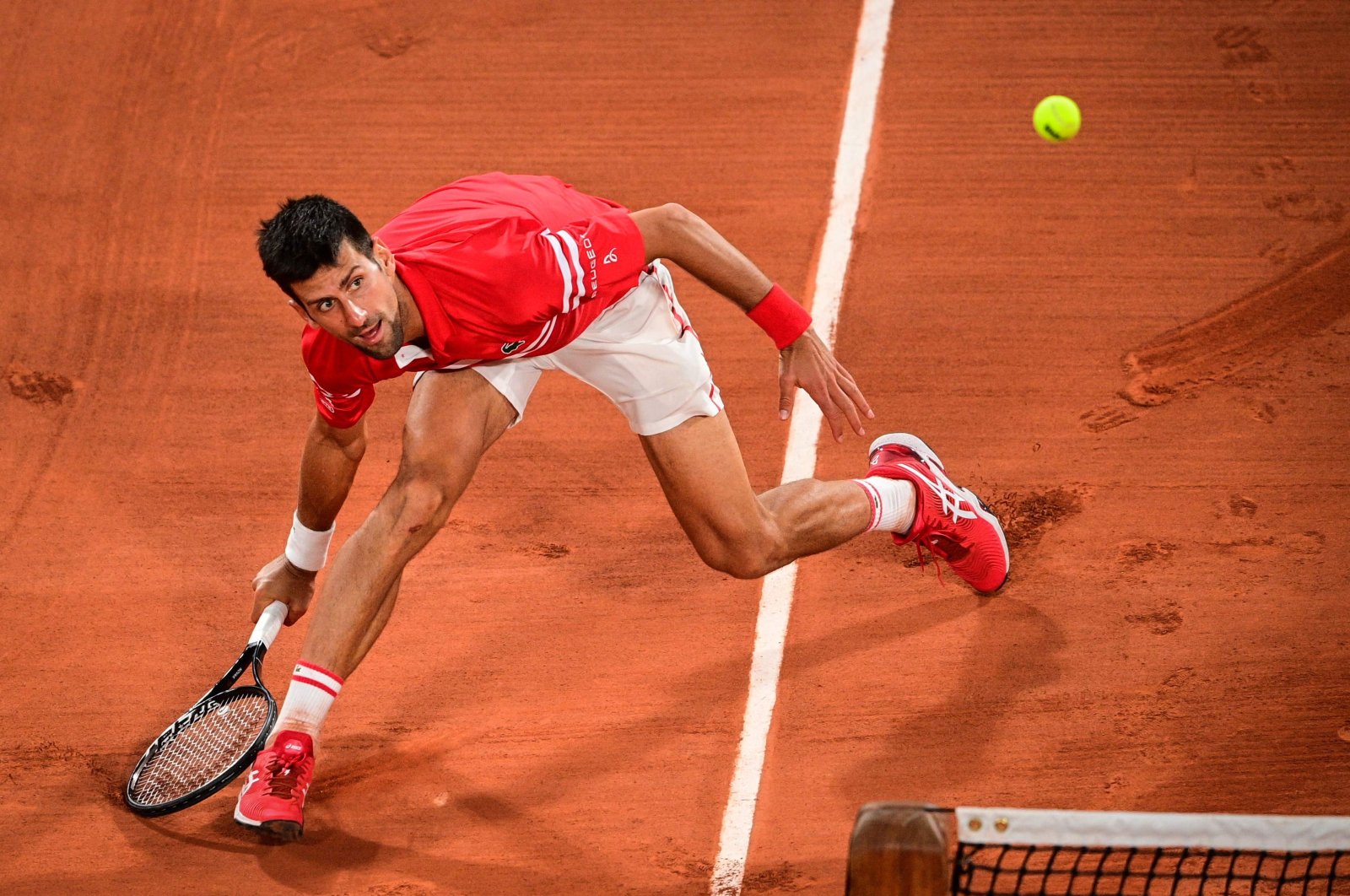 World No. 1 Novak Djokovic defeated Italy's Matteo Berrettini on Wednesday night to book his place in the Paris semis for the 11th time, setting up a 58th meeting with archrival Rafael Nadal.

In the women's single's quarterfinal, Maria Sakkari stunned defending champion Iga Swiatek to become the first Greek woman to make the last four at a major.

With Djokovic's match extending beyond the national 11 p.m. curfew, play was halted for around 20 minutes at 3-2 in the fourth set so that 5,000 fans could be funneled out of Court Philippe Chatrier.

Djokovic eventually claimed the match on a third match point but only after he had kicked out at an advertising board in frustration at missing the first two.

"It was a release of all the emotions I had kept inside me," said Djokovic who hit 44 winners and saved all three break points he faced.

"After all the fans left and the little break it wasn't easy to find rhythm. It was really a very difficult match for me."

Friday's semifinal will be the eighth match between Djokovic and Nadal at Roland Garros where the Spaniard has a commanding 7-1 advantage.

That includes last year's final but Djokovic remains just one of two men to have defeated Nadal at the tournament.

Djokovic, an 18-time major winner and 2016 French Open champion, is looking to become the first man in more than half a century to win all four Slams twice.

Nadal, meanwhile, can win a record-setting 21st major with victory in Sunday's final, edging ahead of Roger Federer in the all-time race.

For the first time, fans were allowed to attend an evening session at this year's tournament thanks to an easing of COVID-19 restrictions.

The 5,000-strong crowd watched as Djokovic took command against Berrettini who had made the quarterfinals when Roger withdrew from the tournament.

However, play was halted just before 11 p.m. to allow spectators to leave.

World No. 18 Sakkari triumphed 6-4, 6-4 over Polish eighth seed Swiatek and will face 33rd-ranked Barbora Krejcikova of the Czech Republic for a place in the final.

For the first time in the Open era, the French Open semifinals will feature four women who have never previously got this far at the Slams.

"I am speechless. It is a dream coming true," said the 25-year-old Sakkari.

Swiatek had gone into the match on the back of 22 consecutive sets won at the French Open but her challenge was curtailed by a right thigh injury which required taping during a medical timeout early in the second set.

Her defeat means that Justine Henin remains the last player to defend the women's title in Paris in 2007.

"This year I had more pressure on me, but I think quarterfinal is a good job," said Swiatek.

Gauff, the youngest quarter-finalist at a major in 15 years, was undone by seven double faults and 41 unforced errors.

"I never really imagined I'd be standing here one day on this court, especially in singles, and being able to win," said Krejcikova, who had been so paralysed by fear before her last-16 victory over Sloane Stephens that she locked herself in a stadium office and wept.

Krejcikova, now on a 10-match winning streak, is having a busy week. She is also in the semi-finals of the women's doubles.