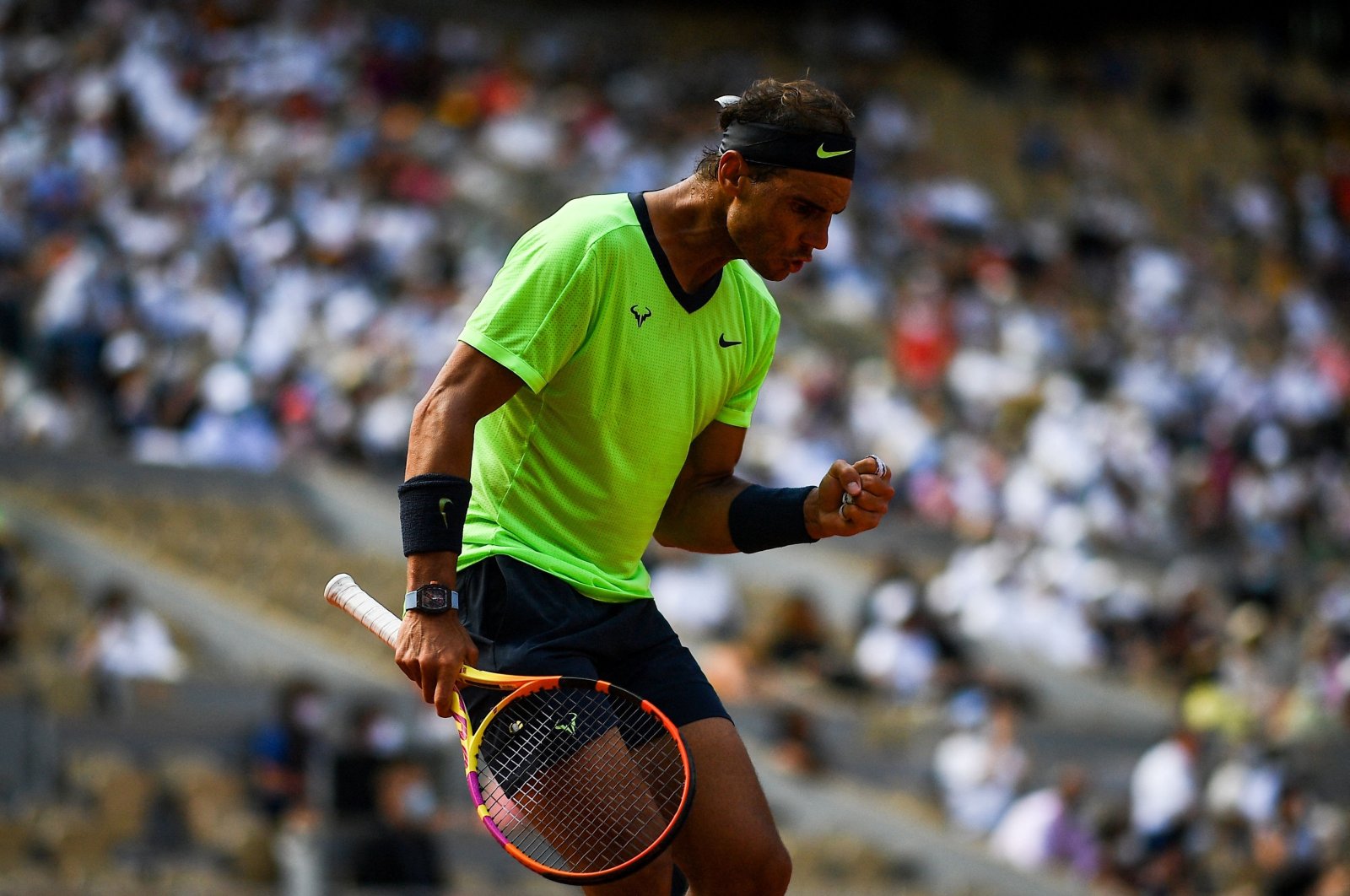 Humbert shows up without racquets, still stuns Ruud at Wimbledon

Rafael Nadal dropped a set at Roland Garros for the first time in two years but roared back to beat 10th seed Diego Schwartzman 6-3, 4-6, 6-4, 6-0 on Wednesday, reaching the French Open semifinals.

Dominic Thiem was the last player to take a set off Nadal in the 2019 final but Schwartzman was up to the task, ending the 13-times winner's run of 36 consecutive sets at Roland Garros.

Nadal had beaten Schwartzman twice before at Roland Garros, but he seemed to have met his match as the Argentine played with confidence, dominating the longer rallies with well-constructed points.

Schwartzman was forced to save two break points early in the opening set, with one electric rally ending with him winning a point with a controlled lob over Nadal that earned the Spaniard's applause.

Nadal broke to love on Schwartzman's next service game with three consecutive winners to put pressure on the 10th seed, who broke back with a sharp forehand winner.

A second consecutive service break gave Nadal a 5-4 lead and this time he made no mistake on serve, closing out the set with a forehand winner down the line.

A fired-up Schwartzman returned for the second set and the 28-year-old raced into a 3-0 lead on the back of long rallies and clever approach shots to close out points which forced Nadal to go on the defensive.

Nadal won 12 of the next 14 points to bring it back level at 3-3 but an unfazed Schwartzman found a higher gear to hold serve, taking a 5-4 lead before breaking to level the match at a set apiece as the Philippe Chatrier crowd roared its approval.

The third set went with serve as neither player refused to back down, playing their attacking shots with precision, and the match was evenly poised at 4-4.

Two loose shots from Schwartzman allowed Nadal to take control in the ninth game and he converted a crucial breakpoint to go up 5-4 before he served out the final game to love to lead two sets to one.

"We know each other well," Nadal said. "I started badly in the second set but then I was able to come back (in the match). At 4-4 (in the third), returning with the wind helped.

"If I played a bad game there, I would have been in a tricky situation, saving (the game) to not lose the set. He's a great player... I needed to play a little more aggressive and I think I did."

By the fourth set, a tired Schwartzman was reduced to little more than a bystander, talking to himself between points as his unforced errors count mounted while a clinical Nadal sent winners whizzing past.

Nadal, who finished with 35 winners, will next play either top seed Novak Djokovic or Matteo Berrettini who meet in the last quarterfinal later on Wednesday.

Humbert shows up without racquets, still stuns Ruud at Wimbledon