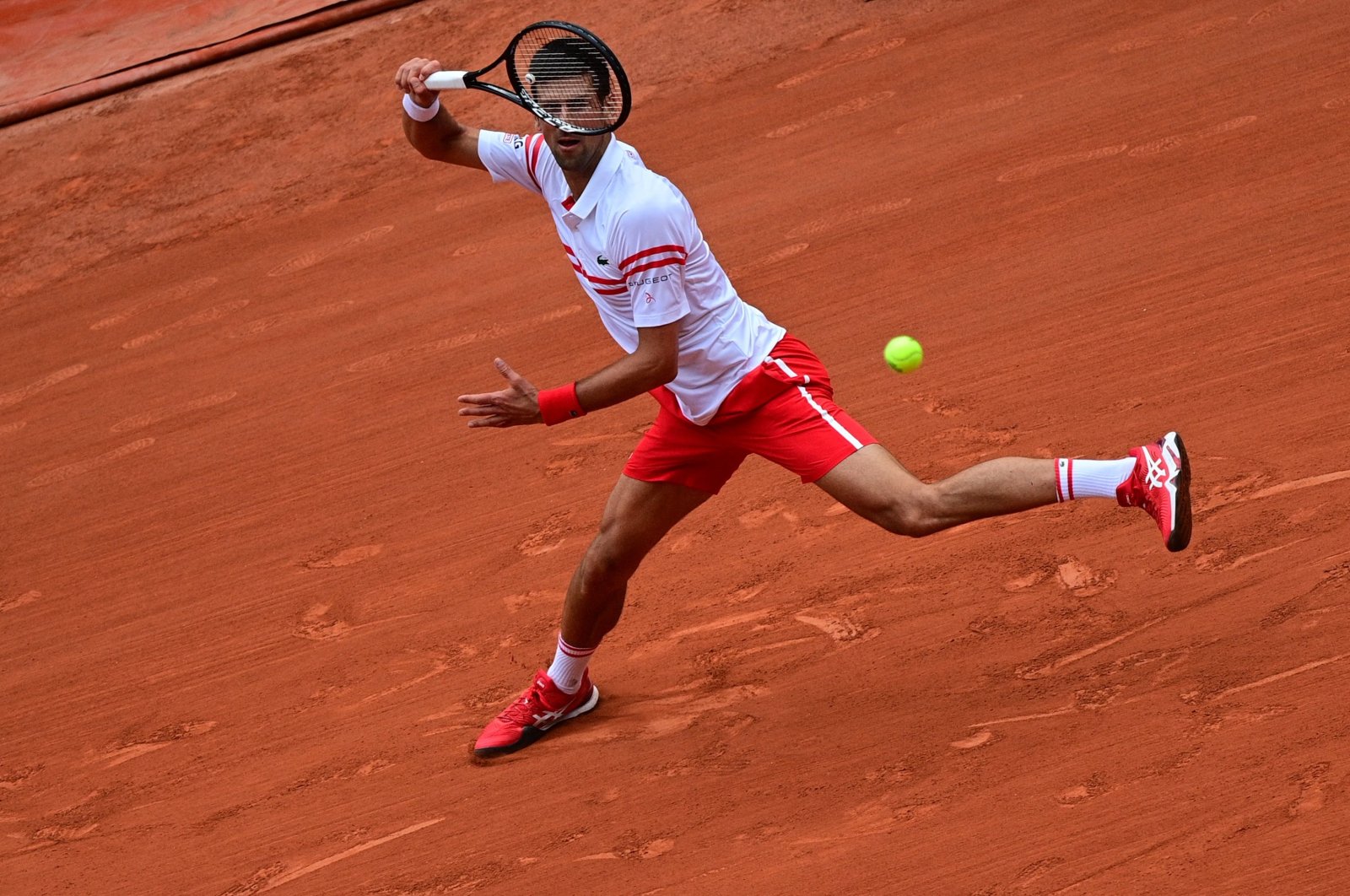 Novak Djokovic survived a five-set scare while Rafael Nadal shone in the Paris sun as the two Grand Slam heavyweights reached the French Open quarter-finals for the 15th time, stalling the advance of tennis's next generation.

World number one Djokovic stayed on course to become the first man in over 50 years to win all four Slams twice but only after fighting back from two sets down to see off 19-year-old Lorenzo Musetti.

Nadal, the 13-time champion and bidding for a record 21st major, claimed his 104th win in Paris by beating another Italian 19-year-old, Jannik Sinner, in straight sets.

Meanwhile, in the women's draw – Coco Gauff, Barbora Krejcikova and Maria Sakkari all reached the quarter-finals of a Slam for the first time.

But Djokovic leveled by taking the next two, 6-1, 6-0 before Musetti, who had needed a medical time-out, retired at 4-0 down in the decider suffering from cramps and a back injury.

"I like to play young guys in the best of five because even at two sets down, I feel I still have my chances," said 18-time major winner Djokovic.

"I feel physically fit, I have won most of my five-setters and that experience helps."

It was the fifth time in his Grand Slam career that 34-year-old Djokovic has come back from two sets down.

Djokovic, the 2016 champion and chasing a 19th major, reeled off 53 of the last 61 points as he made a quarter-final at the majors for the 49th time.

"I was not able anymore to win a point, and so I decided to retire," said Musetti.

"But it was a fantastic experience for me. I was playing my best tennis."

Third seed Nadal downed 18th-seeded Sinner 7-5, 6-3, 6-0 and goes on to face Diego Schwartzman of Argentina who he defeated in the semi-finals in 2020.

Nadal has now won 104 matches at Roland Garros against just two defeats since his 2005 debut while Monday's victory extended his run of consecutive sets won in Paris to 35.

The 35-year-old Spanish world number three is seeded to face Djokovic in the semi-finals.

"I started well but was a little too defensive. I gave him the chance to come inside the court and play his best shots. That was a mistake," said Nadal after reaching a 44th Slam last-eight.

"I broke back at 5-4 in the first set and the match changed after that. I played at a great level."

Nadal hit 31 winners while the Italian claimed just 10 points in the third set.

At just 17, she is the youngest woman to reach the last eight of a Slam since Nicole Vaidisova at the 2016 French Open.

In a composed performance on Court Philippe Chatrier, the American teenager, seeded 24, broke her Tunisian opponent three times without facing a break point.

Gauff, who famously raced to the Wimbledon fourth round in 2019 as a 15-year-old qualifier, faces Krejcikova for a place in the semi-finals.

But Krejcikova admitted she almost didn't make it to the court.

"Half an hour before the match, I didn't even want to step on the court," said the 25-year-old.

"I had to lock myself in the physio room and I had to talk to my psychologist. I was actually crying."

Last year's runner-up Sofia Kenin, the fourth seed, was knocked out by Sakkari 6-1, 6-3 as the Greek reached her maiden Slam last-eight.

The world number 18 will face either reigning champion Iga Swiatek or Ukrainian teenager Marta Kostyuk for a place in the last four.

Swiatek, the only top 10 seed left, has not dropped a set at the tournament in her last 10 matches.

Kostyuk, ranked 81, made her breakthrough at the 2018 Australian Open.

Just 15 at the time, she became the youngest player to reach the third round of a Grand Slam since 1997.