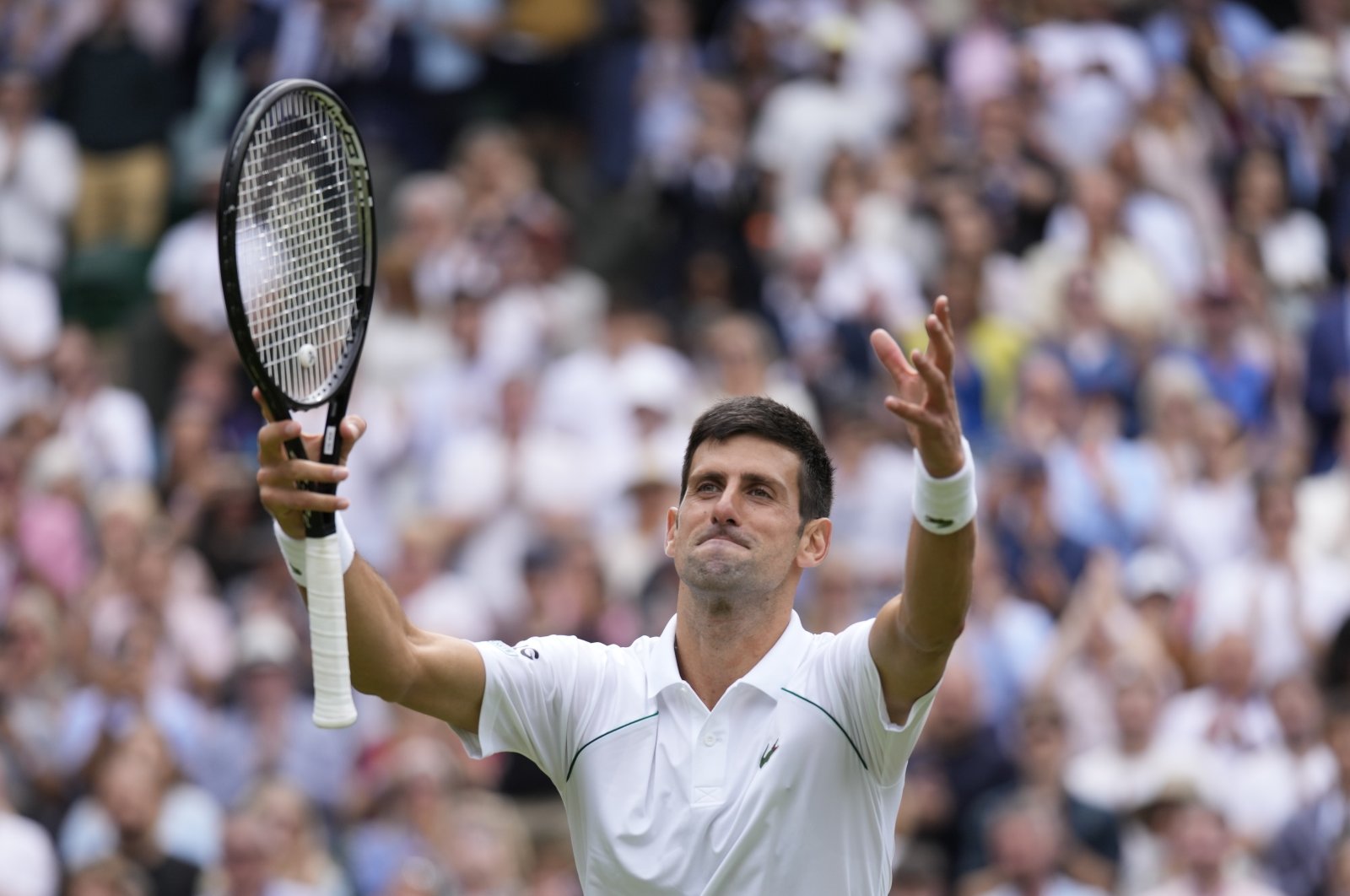 Wimbledon veterans Novak Djokovic and Roger Federer cruised into the quarterfinals of the grass-court Grand Slam on Monday.

Djokovic marched into his 50th Grand Slam quarterfinal and Federer became the oldest man in the modern era to make the last-eight at Wimbledon on 'Manic Monday' at the All England Club.

World No. 1 Djokovic, chasing a sixth Wimbledon and record-equaling 20th major, eased into the last-eight for the 12th time with a 6-2, 6-4, 6-2 win over Chile's Cristian Garin.

Federer, who will be 40 in just under five weeks' time, brushed aside Italy's Lorenzo Sonego 7-5, 6-4, 6-2 to make the quarterfinals at Wimbledon for the 18th time and 58th overall at the majors.

Djokovic will next face Hungary's Marton Fucsovics, one of a host of players booking last-eight spots at the tournament for the first time.

Djokovic is halfway to a calendar Grand Slam.

Only two men have swept all four majors in the same year with Rod Laver the most recent back in 1969.

"It was one of my biggest wins in the circumstances – two five-setters, two four-setters in the second week.

"They took a lot out of me but they also gave me wings."

Eight-time Wimbledon champion Federer will face either second seed Daniil Medvedev or Hubert Hurkacz, the 14th seed, for a place in the semifinals.

"It is not fair for anyone. I have been in these situations before – but these guys are young and they can recover," said Federer, the oldest man in the last-eight since the dawn of the Open Era in 1968.

The 25-year-old Australian will play compatriot Ajla Tomljanovic who was leading Emma Raducanu 6-4, 3-0 when the British teenager, ranked at 338 in the world, retired due to medical reasons.

"It was an incredibly tough match," said Barty.

"Barbora has had an unbelievable year and am happy to come through in the end."

The 26-year-old is the first Tunisian and Arab woman to reach the last eight and will face Belarus second seed Aryna Sabalenka who defeated Elena Rybakina 6-3, 4-6, 6-3.

"It was a great match and I had to stay calm rather than get angry," said Jabeur.

Both Jabeur and Sabalenka have a season-leading 33 wins in 2021.

Men's seventh seed Berrettini became only the fifth Italian man to make the last eight with a quickfire 6-4, 6-3, 6-1 win over Ilya Ivashka of Belarus.

The Queen's Club champion, the first Italian man in the quarterfinals since 1998, will face Auger-Aliassime of Canada.

Zverev was undone by 20 double faults and 42 unforced errors.

Khachanov also reached a maiden quarter-final at the tournament with a five-set win over Sebastian Korda who was celebrating his 21st birthday.

A marathon 81-minute final set on Court 18 featured a record 13 breaks of serve.

Fucsovics became just the third Hungarian man and first in 73 years to reach the Wimbledon quarterfinals.

Viktorija Golubic, ranked 66, defeated Madison Keys 7-6 (7/3), 6-3 as she also broke through to the last eight for the first time where she'll face Pliskova.