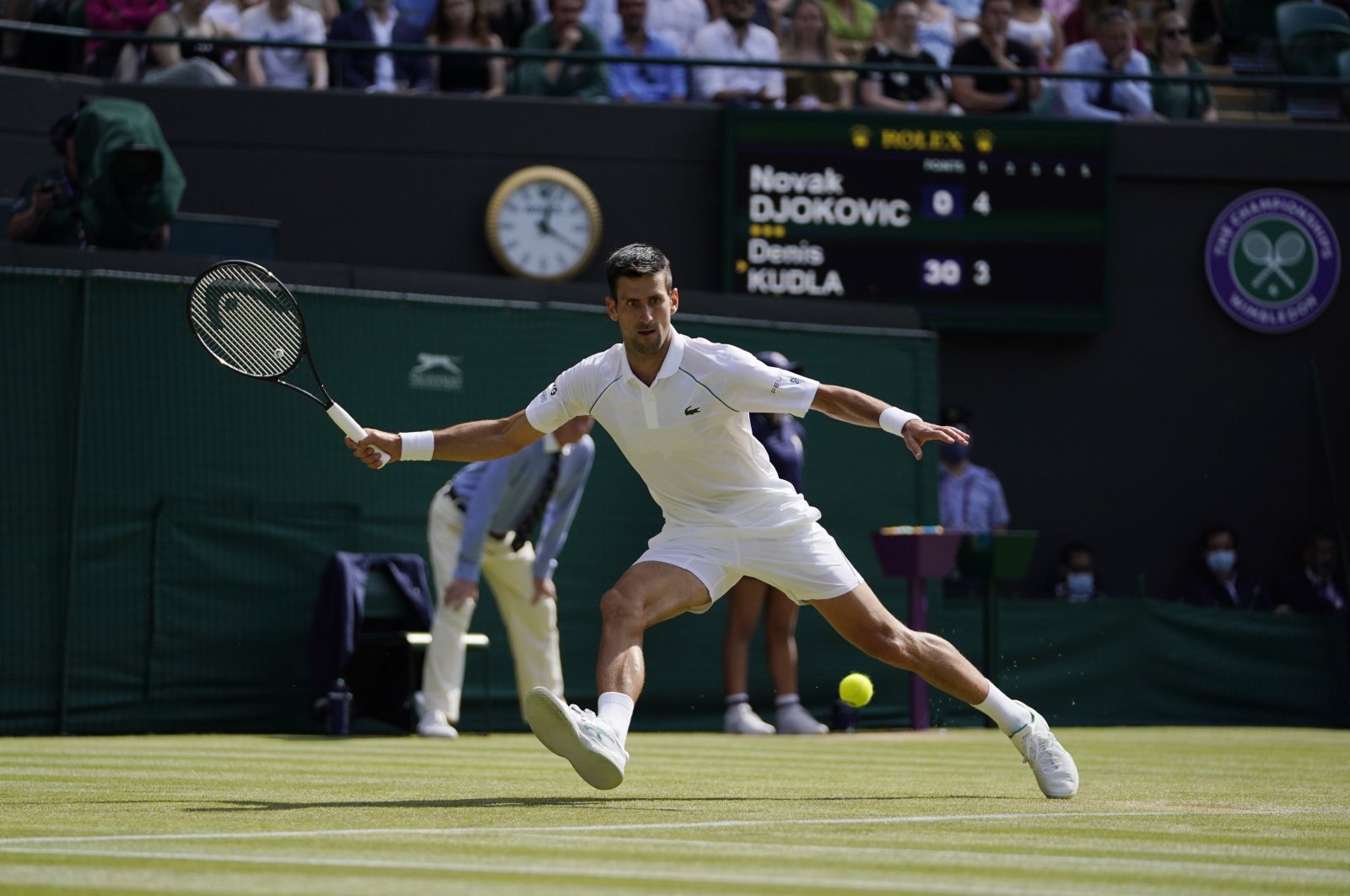 World No. 1 Novak Djokovic and Roger Federer tops the Wimbledon fixture on 'Manic Monday' with the two Grand Slam veterans look to edge closer to a dream title showdown.

Chilean 17th seed Cristian Garin had never previously won a main draw match at the tournament before this year.

However, the 25-year-old from Santiago is in the last 16 of a major for the second consecutive Grand Slam.

"It feels amazing. I didn't play a grass tournament before Wimbledon, so I was a bit out of rhythm and without any matches on grass," said Garin who lost his only clash with Djokovic at the ATP Cup in 2002.

"My last match on this surface was here at Wimbledon in 2019."

Federer, just five weeks shy of his 40th birthday, is in the Wimbledon last 16 for the 18th time.

In all, it will be his 69th appearance in the fourth round of a Slam but he was quick to salute Djokovic's achievements.

"It's just very, very impressive to see what he's doing this year," said Federer whose third-round win over Cameron Norrie gave him the 1,250th victory of his career.

Sebastian Korda, whose father Petr made the quarterfinals in 1998, celebrates his 21st birthday on Monday.

He can reach the quarterfinals of a Slam for the first time by beating Russian 25th seed Karen Khachanov.

Denis Shapovalov, the Canadian 10th seed who put out two-time winner Andy Murray in the last round, faces Spain's Roberto Bautista Agut, a semifinalist in 2019.

Meanwhile, Italy will have two men in the last 16 for just the third time and first time since 1955.

While Sonego faces Federer, seventh seed Matteo Berrettini faces Ilya Ivashka of Belarus, the 27-year-old world No. 79 who had only previously won one match at a major before this Wimbledon.

The only British player left in the singles draw is 18-year-old Emma Raducanu who has defied her ranking of 338 to make the second week where she meets Australia's Ajla Tomljanovic.

Germany's Angelique Kerber, the only former champion left in the women's event, takes on Coco Gauff.

Big-hitting will be a feature of the lower half of the women's last 16 on Monday.

Sabalenka, yet to make a quarterfinal of a Slam had 21 aces over three rounds, one fewer than Russian-born Rybakina.

Samsonova, ranked 65, has made the most of her wild card to register her best ever performance at a Slam.

Having won the Berlin grass-court tournament as a qualifier in the run-up to Wimbledon, the 22-year-old is on a 10-match win streak.

Former French Open champion Iga Swiatek, the seventh seed who had won just one match in the grass on the main tour before Wimbledon, takes on Tunisia's Ons Jabeur, the 21st seed.

Jabeur can become the first Arab woman to reach the Wimbledon quarterfinals with victory.