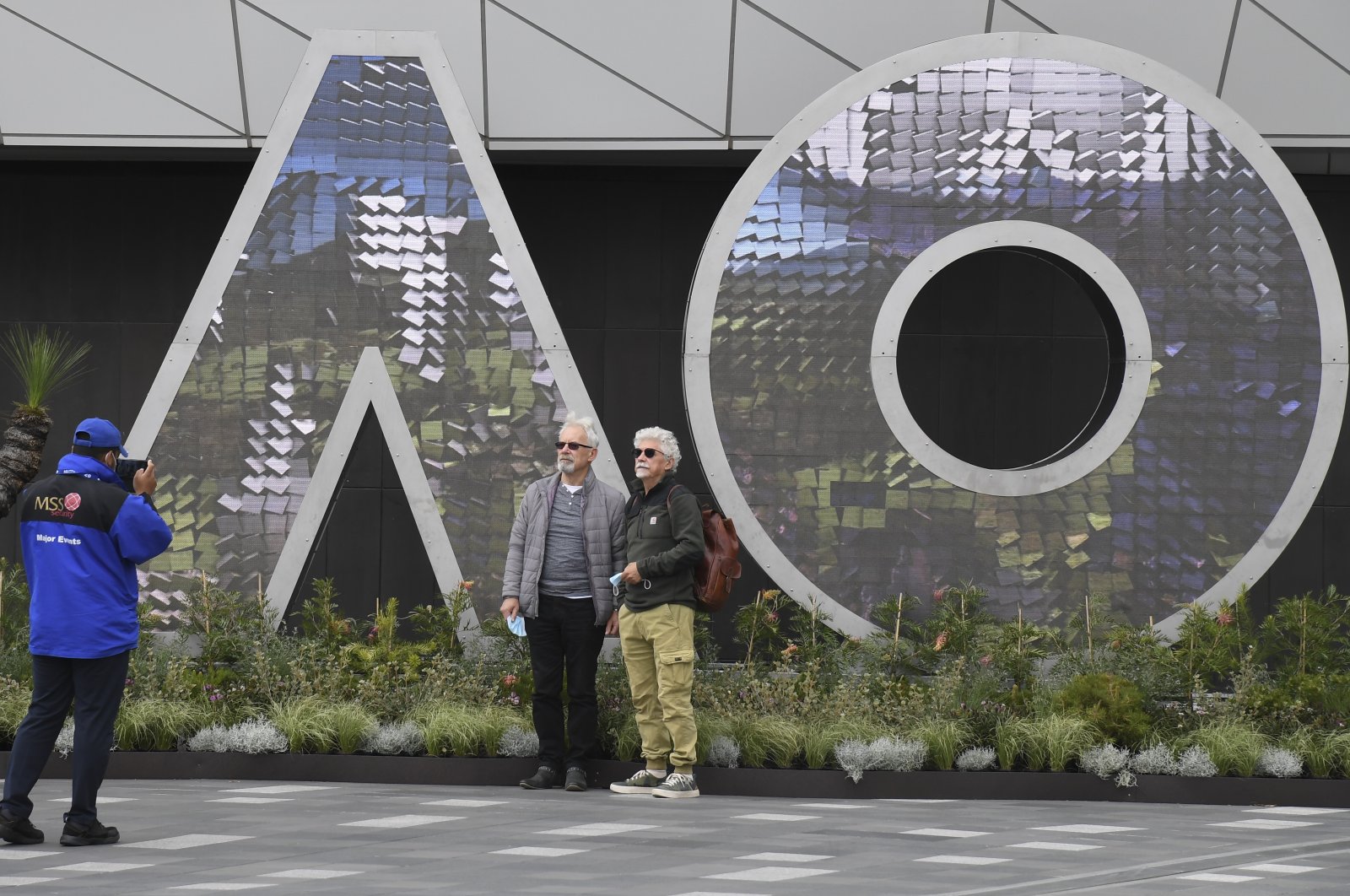 Spectators pose for a photo in Melbourne Park ahead of the first round matches at the Australian Open tennis championship in Melbourne, Australia, Monday, Feb. 8, 2021.(AP Photo/Andy Brownbill)
by German Press Agency - DPA Oct 25, 2021 5:57 pm
RECOMMENDED

The sports minister for the Australian state of Victoria said Monday no final decision has been made about whether unvaccinated players will be allowed to compete in the Australian Open early next year.

However, the statement only deepened confusion surrounding the issue after a leaked Women's Tennis Association (WTA) email had players could join the event following a mandatory 14-day quarantine.

Victorian Sport Minister Martin Pakula told the 3AW radio station talks with the Australian government were ongoing on whether there would be a 14-day quarantine rule for international arrivals to the Melbourne major or if they would be barred from entry entirely.

"We don't expect that to be settled for another couple of weeks," Pakula said.

Earlier Monday, multiple local media published the leaked email from Tennis Australia to the players' council of the WTA saying that athletes not vaccinated against COVID-19 would still be able to compete in the major.

Unvaccinated players would be subject to regular testing and have to spend two weeks in hotel quarantine, the note said.

The email also said that conditions for competitors would "improve significantly" due to the vaccination rate in the hosting state of Victoria, which is expected to hit 80% this week and 90% in November.

The note asked players to "please keep this information confidential until the government makes an official announcement."

Australian federal and state government leaders last week ruled out vaccination exemptions for tennis players to enter Australia as the country was set to start taking steps towards opening its international borders, which have been closed since March 2020 with few exceptions.

Their comments came after world No. 1 and reigning champion Novak Djokovic, who has been refusing to say whether he is vaccinated, casting doubt over his participation in the Melbourne slam.

The Australian Open is set to take place from Jan. 17-30.

Around 65% of male professional tennis players have been vaccinated against coronavirus, according to the men's Association of Tennis Professionals (ATP). The figure is more than 60% for the women, the WTA said.

Pakula however said the vaccination numbers were climbing among players.

"I understand from a my chat with (Tennis Australia CEO) Craig Tiley this morning that the vaxxed rate among the players is rising pretty quickly now and it's near enough to 80%," Pakula told 3AW.

Fully vaccinated Australian citizens and permanent residents will be able to travel freely in and out of the country again starting in November as vaccinations targets are met.

Australia last week reached the milestone of 70% of its population over 16 being fully vaccinated against the coronavirus. As of Sunday, nearly 87% of over 16s had received at least one jab.