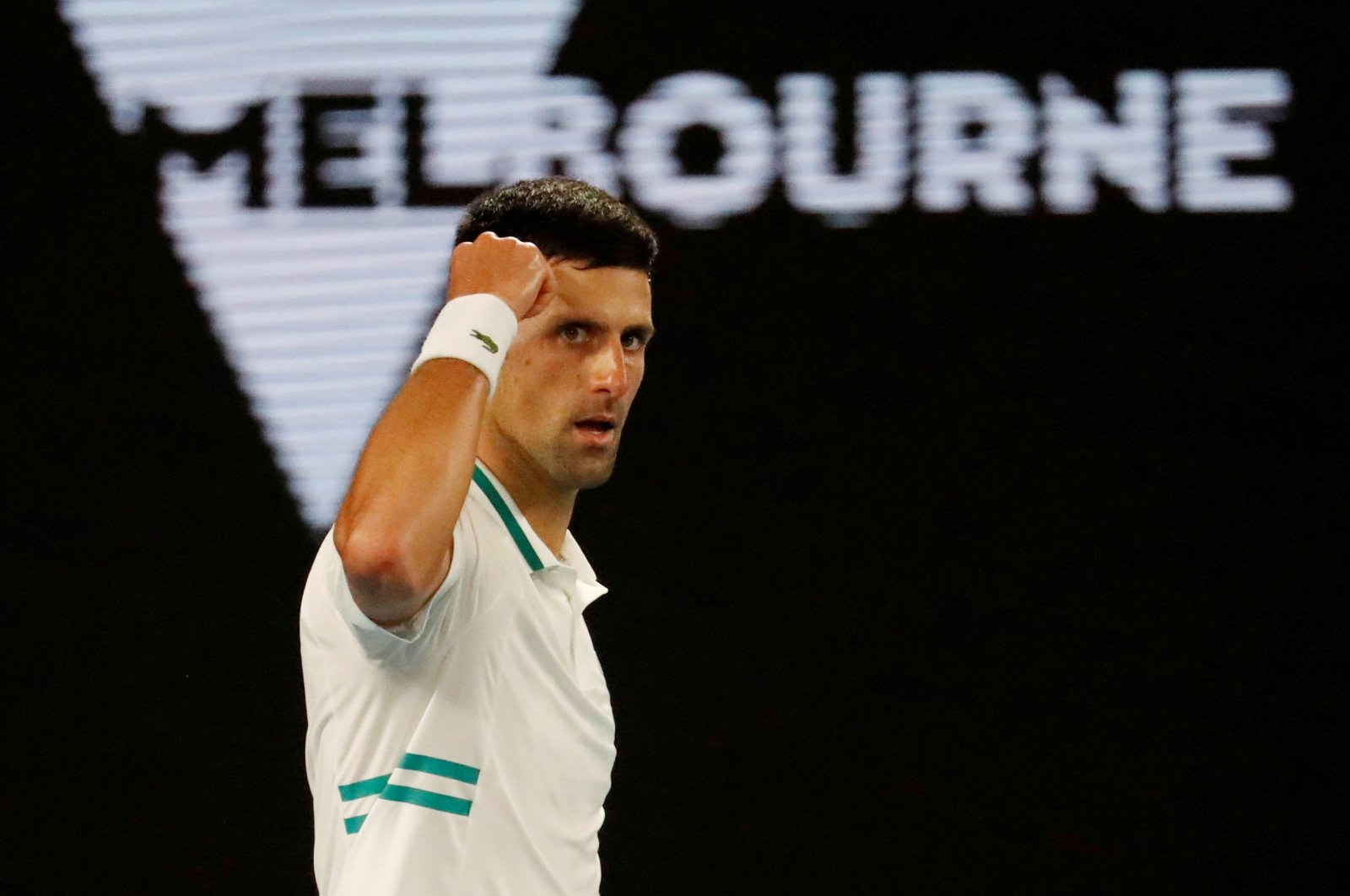 Novak Djokovic's Australian Open title defense was thrown in doubt after a Victorian state official confirmed Tuesday they will not offer any special deals for unvaccinated athletes to allow them to compete at major events.

World No. 1 Djokovic, level on 20 Grand Slam titles with Roger Federer and Rafa Nadal, declined to reveal his vaccination status again this week and said he was unsure if he would defend his Australian Open crown as authorities work out COVID-19 restrictions for the tournament.

Victorian Premier Daniel Andrews said he opposed special arrangements to let unvaccinated athletes compete in the state, which is scheduled to host the Grand Slam at Melbourne Park in January.

"On the question of vaccination, no," he told a media briefing.

"(The virus) doesn't care what your tennis ranking is, or how many Grand Slams you've won. It's completely irrelevant. You need to be vaccinated to keep yourself safe and to keep others safe," he quipped.

Tennis Australia, which organizes the Grand Slam, declined to comment.

Victoria, which is due to exit a near three-month lockdown this week, recently included professional athletes in a vaccine mandate covering millions of "authorized workers," without clarifying whether it applied to athletes from overseas or other Australian states.

"Professional sport is part of those (items on the) authorized worker list and they have to be double-dose vaccinated," he said.

Andrews said Victoria's stance could be a "moot point," given the federal government might not issue visas to unvaccinated athletes.

"I don't think an unvaccinated tennis player is going to get a visa to come into this country and if they did get a visa they'd probably have to quarantine for a couple of weeks," he added.

"I don't think that the person you indicated (Djokovic) or any other tennis player, let's not personalize it ... or golfer or Formula One driver will even get a visa to get here.

"If I'm wrong I'm sure the federal government will let you know," he said.

The federal government's home affairs department was not able to provide immediate comment.

Australia's borders have been shut to nonresidents through the pandemic, although authorities have issued visas to athletes and sports staff for major events, including the last Australian Open in February.

Australian Prime Minister Scott Morrison said the government would relax border controls for residents and their overseas-based family members from next month but international tourists and other visa classes would have to wait longer.

Melbourne, Australia's second-largest city, has been locked down since August as authorities scrambled to contain an outbreak of the highly infectious delta variant.

Restrictions for the city's 5 million people will be eased from Friday when 70% of the adult population in Victoria is expected to be fully vaccinated.

Unvaccinated people, however, will remain barred from sports events along with restaurants, pubs and other parts of the economy.

Andrews said the ban on unvaccinated fans may apply right through to the 2022 Formula One Australian Grand Prix in April.

"This is here for a while ... We're not going to be essentially encouraging people to not get vaccinated because they reckon they can wait a few months or a few weeks," he said.

"You can't wait out coronavirus."