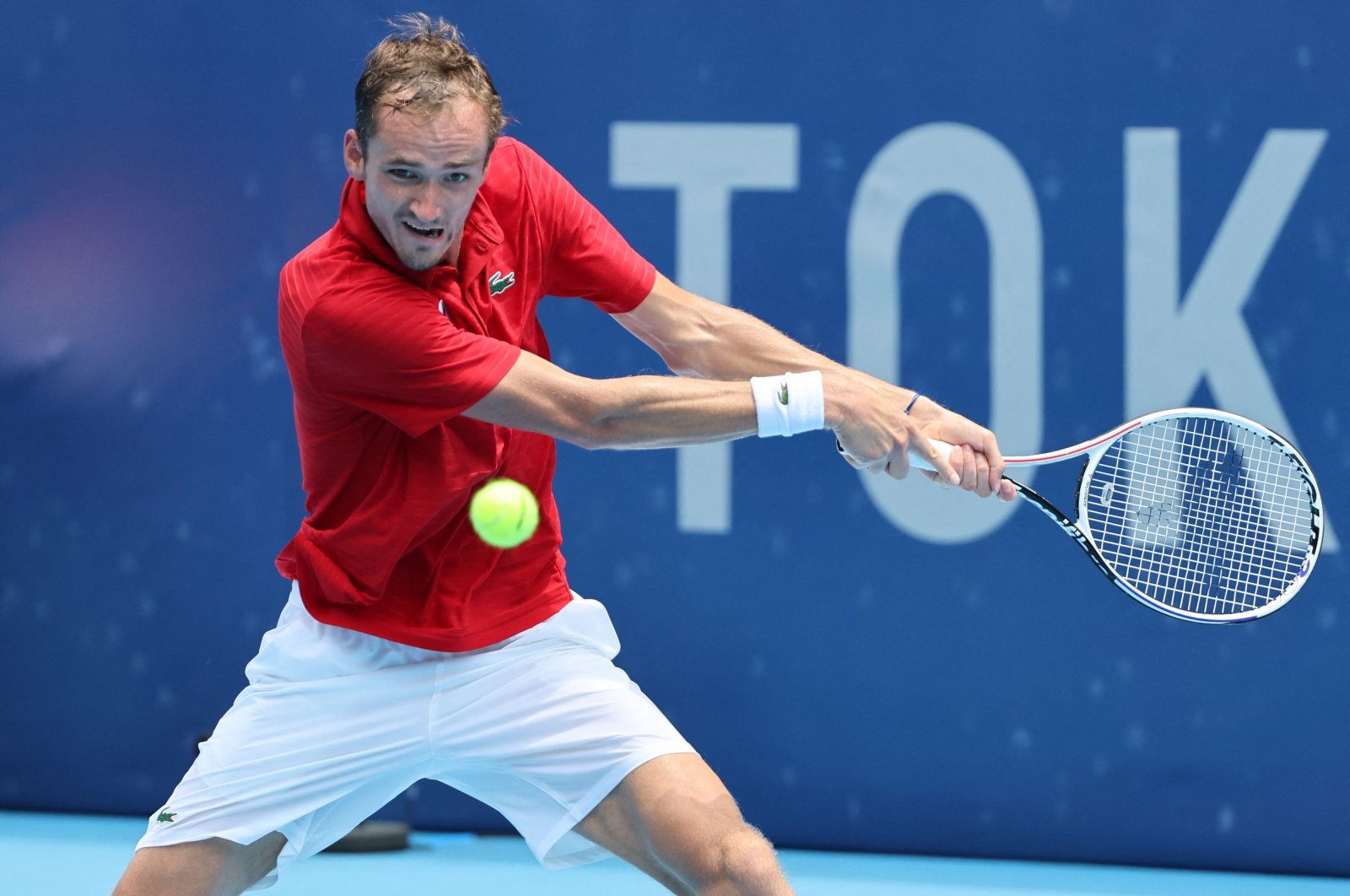 The Russian second seed defeated Italy's Fognini 6-2, 3-6, 6-2 to set up a last-eight meeting with Pablo Carreno Busta of Spain at Ariake Tennis Park.

Two-time Grand Slam runner-up Medvedev, who had urged organizers to delay start times after his opening match, again found the temperatures testing as the extreme weather policy was implemented.

"Even from the first set, I didn't feel good enough with my breathing. I felt like my diaphragm was blocked, I couldn't breathe properly," said Medvedev.

Asked by the umpire if he was OK during the second set, the Russian replied: "I can finish the match, but I can die. If I die, who will take responsibility?"

"I think it was the most humid day we had so far, maybe the hottest," added Medvedev.

"The sun was pretty hot. At the end of the second set, I just had darkness in my eyes."

Following a 10-minute interval between the second and third sets, Medvedev broke Fognini and won the first three games of the decider.

He saved three break points at 4-2 before clinching victory after two hours and 25 minutes.

"They should start the matches later, I said it from the first round, and I continue saying it. That's all I can say," said Medvedev.

Ukraine's Elina Svitolina, the highest-ranked player left in the women's draw, reached the semifinals with a 6-4, 6-4 win over Camila Giorgi of Italy.

"You know when you are higher ranked everyone wants to beat you and everyone is extremely motivated to beat you," said Svitolina.

"The Olympics is a very special event. In Ukraine, it's very big, even bigger than a Grand Slam.

"I'm really focused on any medal, try to be ready for anything that comes my way and try to be prepared for the conditions, for any opponents, and try to bring back the medal."

The fourth seed will play Marketa Vondrousova, the conqueror of home favorite Naomi Osaka, for a place in the final in Tokyo.

Spain's Paula Badosa retired due to illness after losing the first set 6-3 to Vondrousova, leaving the court in a wheelchair.