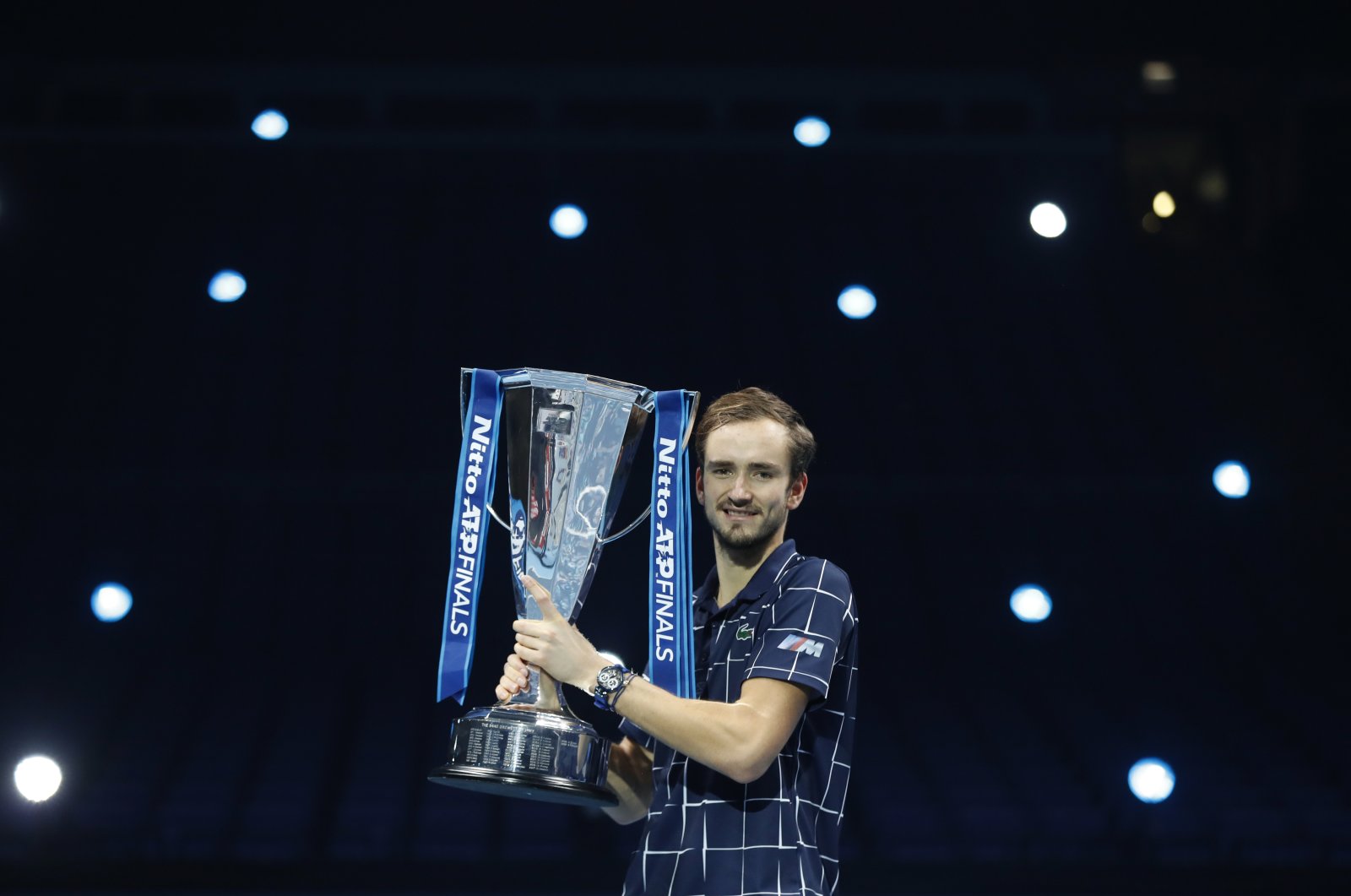 Novak Djokovic, Roger Federer and Rafael Nadal have been absent from the title match at the ATP Finals for the past two years, replaced by younger rivals seeking to smash their monopoly.

Instead of the "Big Three," it was Dominic Thiem and Daniil Medvedev who took center stage at London's O2 Arena on Sunday, with Russia's Medvedev coming out on top.

But do the results at the season-ending tournament signal the end of an era for men's tennis or another false dawn for the chasing pack?

The demise of Djokovic and Nadal at the hands of younger rivals on a dramatic Saturday in London felt significant, and not just for the results themselves.

Austria's Thiem, 27, produced an astonishing comeback from 4-0 down in the deciding tie-break to beat world No. 1 Djokovic – after squandering four match points in the second-set tie-break.

Fourth-seed Medvedev did not let the loss of the first set to Nadal faze him, roaring back to end the Spaniard's record of 71 consecutive wins after winning the opening set.

But recent history shows the season-ending ATP Finals do not provide a reliable indicator of what is to come the following season.

Medvedev, 24, is the sixth different winner of the event in six years.

Since Andy Murray lifted the trophy in 2016, the champions have been Grigor Dimitrov, Alexander Zverev and Stefanos Tsitsipas, who can boast just one Grand Slam final appearance between them.

Indoor hard courts are Nadal's weakest surface while Djokovic has not played his best in London since a run of four titles in a row from 2012 to 2015.

Federer, absent this year with an injury, lifted the last of his six titles at the event in 2011.

The Grand Slams remain the ultimate prizes in tennis and the period of unprecedented dominance for the Big Three is far from over.

They have won an astonishing 56 of the past 67 majors between them, including 14 of the last 15.

Thiem finally broke the stranglehold by winning this year's U.S. Open, but Nadal and Federer did not take part and Djokovic was the clear favorite until his disqualification.

Nadal has just won a 13th French Open title without dropping a set, and he and Djokovic especially will still be the strong favorites going into 2021.

The Spanish veteran issued a chilling warning to the young pretenders after his defeat to Medvedev in London.

"My motivation has been always the same," he said. "Next year is going to be an important year. I hope to be ready to fight for the things that I want to fight (for)."

Pundits have predicted a changing of the guard many times over the past few years, but such predictions have always proved premature.

It is impossible to delay the inevitable of course – Federer will be 40 next year and has missed almost the whole 2020 season following two knee operations.

Nadal is 34 and Djokovic is 33, and both can be shakier in the big moments than they once were.

Thiem, Medvedev, Zverev and Tsitsipas have had more success against the Big Three than the generations before them, and an even younger generation is making waves.

But, with Federer and Nadal tied on 20 Slams and Djokovic three behind, the three dominant players of the past 15 years are playing for history and hugely motivated to achieve more.

Medvedev, who reached the 2019 U.S. Open final, where he lost to Nadal, welcomed the rise of the young guns.

"I think it's super for tennis," he said. "We are starting to get to take our marks. Dominic won his first Slam, playing unbelievable tennis right now."

But ATP Finals runner-up Thiem believes it is too soon to discount the old guard, predicting "exciting times" ahead.

"I think in the next few years the Big Three still will play for every big title, but I guess there's still going to be a time when those guys retire, I don't know, in three, four, five years. And then I guess we will be the favorites for all the big titles," he said.