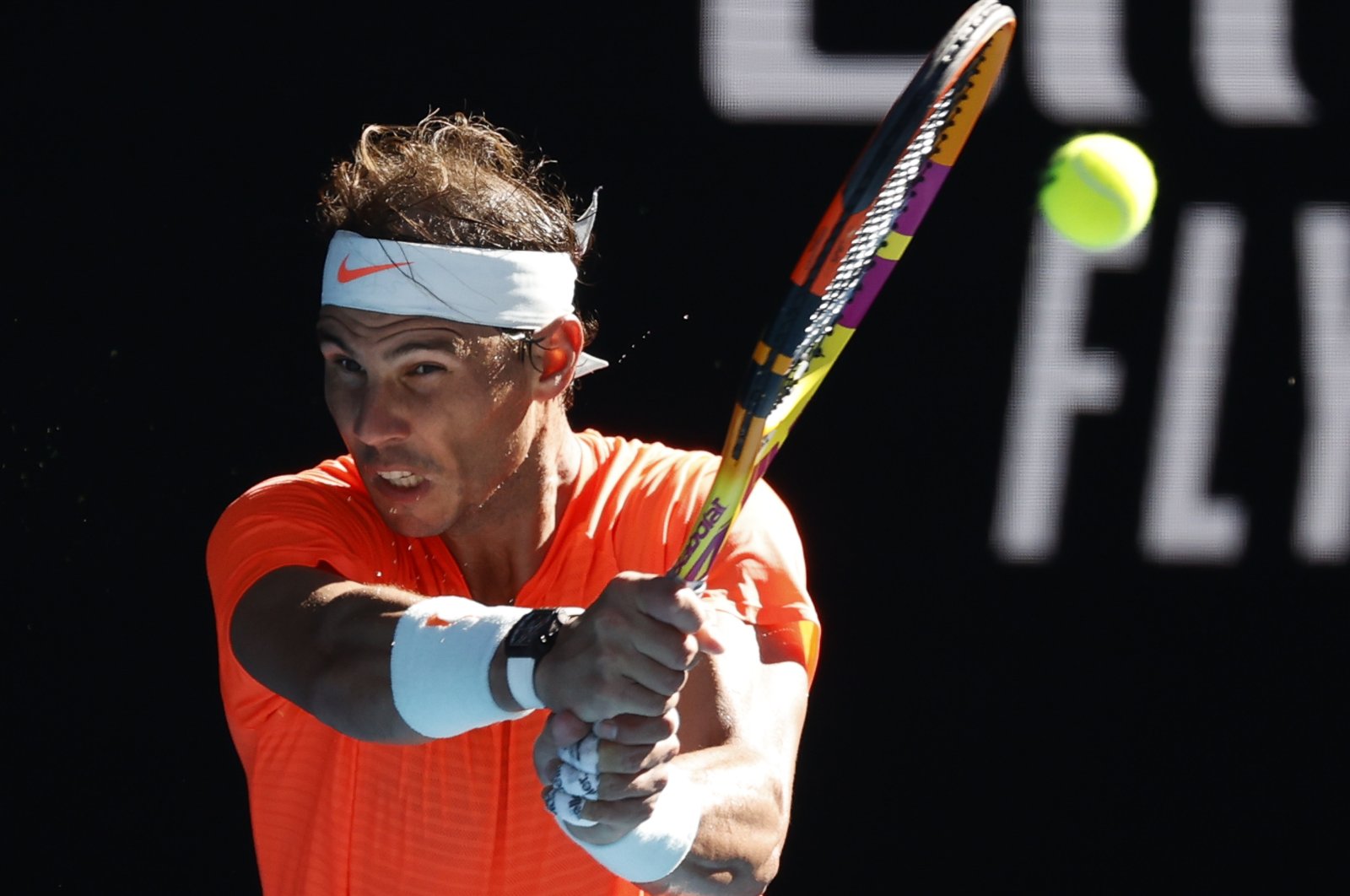 Rafael Nadal eased concerns over his injured back as he made a fast start to his bid for a record 21st Grand Slam at the Australian Open on Tuesday.

On a day when women's champion Sofia Kenin also went through, but two-time winner Victoria Azarenka lost after breathing problems, Nadal appeared untroubled in his first match of the year.

The Spanish great, who pulled out of last year's ATP Cup with back problems, beat Serbia's Laslo Djere 6-3, 6-4, 6-1 in one hour and 52 minutes on a sun-kissed Rod Laver Arena.

"It's been a tough 15 days for me," said the 2009 champion, whose back stiffness first flared during an exhibition match last month.

"I needed to survive today and that's what I did. I'm happy to be through and I think I did a good job today. Straight sets is what I needed."

Nadal, 34, is bidding to outstrip his old rival Roger Federer, who is missing the tournament as he recovers from surgery, and take sole ownership of the all-time record for Grand Slam titles.

After world No. 1 Novak Djokovic eased through late Monday, Russia's Daniil Medvedev extended his winning streak to 15 matches with an emphatic 6-2, 6-2, 6-4 victory over Canada's Vasek Pospisil.

The 2019 U.S. Open finalist is raising hopes of a maiden Grand Slam title with his unbeaten run, which includes winning the Paris Masters, ATP Finals and last week's ATP Cup with Russia.

"I didn't know how it would be physically but I managed to finish it fast and I'm feeling good," said the world No. 4. "I knew I had to go out and win the match because that's my job."

Women's world No. 1 Ashleigh Barty later outclassed Montenegro's Danka Kovinic, losing only 10 points as she raced into round two in just 44 minutes.

With the win Barty, last year's semifinalist who sat out most of the 2020 season, ramped up hopes of a first Australian women's winner in 43 years.

"It felt great to be here," she said. "I tried to stick to my process and routine but I just wanted to have fun."

Women's champion Kenin was less convincing and she audibly vented her frustrations during her 7-5, 6-4 against Australian Maddison Inglis, who is ranked outside the top 100.

"I'm obviously not happy with the way I played," said Kenin, 22, who made 27 unforced errors on her return to Rod Laver Arena.

But there were distressing scenes as an ailing Azarenka, the 2012 and 2013 champion, went out to Jessica Pegula on the second day of the coronavirus-delayed Grand Slam.

Azarenka, who was one of the players locked down in hard quarantine before the tournament and not allowed out of her room to train for 14 days, began to suffer in the second set.

The 2020 U.S. Open runner-up, who only played one warm-up match last week, was seen gasping and using an inhaler, and then looked close to collapse on the court. After a medical timeout, she played on but lost 7-5, 6-4.

And 16-year-old American Coco Gauff, who beat Venus Williams and Naomi Osaka en route to last year's round of 16, had a straightforward 6-3, 6-2 win over Switzerland's Jil Teichmann.

The year's first Grand Slam has started three weeks late because of coronavirus problems, with players and officials required to quarantine for two months after arriving in Australia.

Crowds are limited, masks are mandatory and movement is curbed around Melbourne Park, where Monday's attendance was 17,922, compared with 64,387 on day one in 2020.