Heavyweights off to flying starts in Australian Open 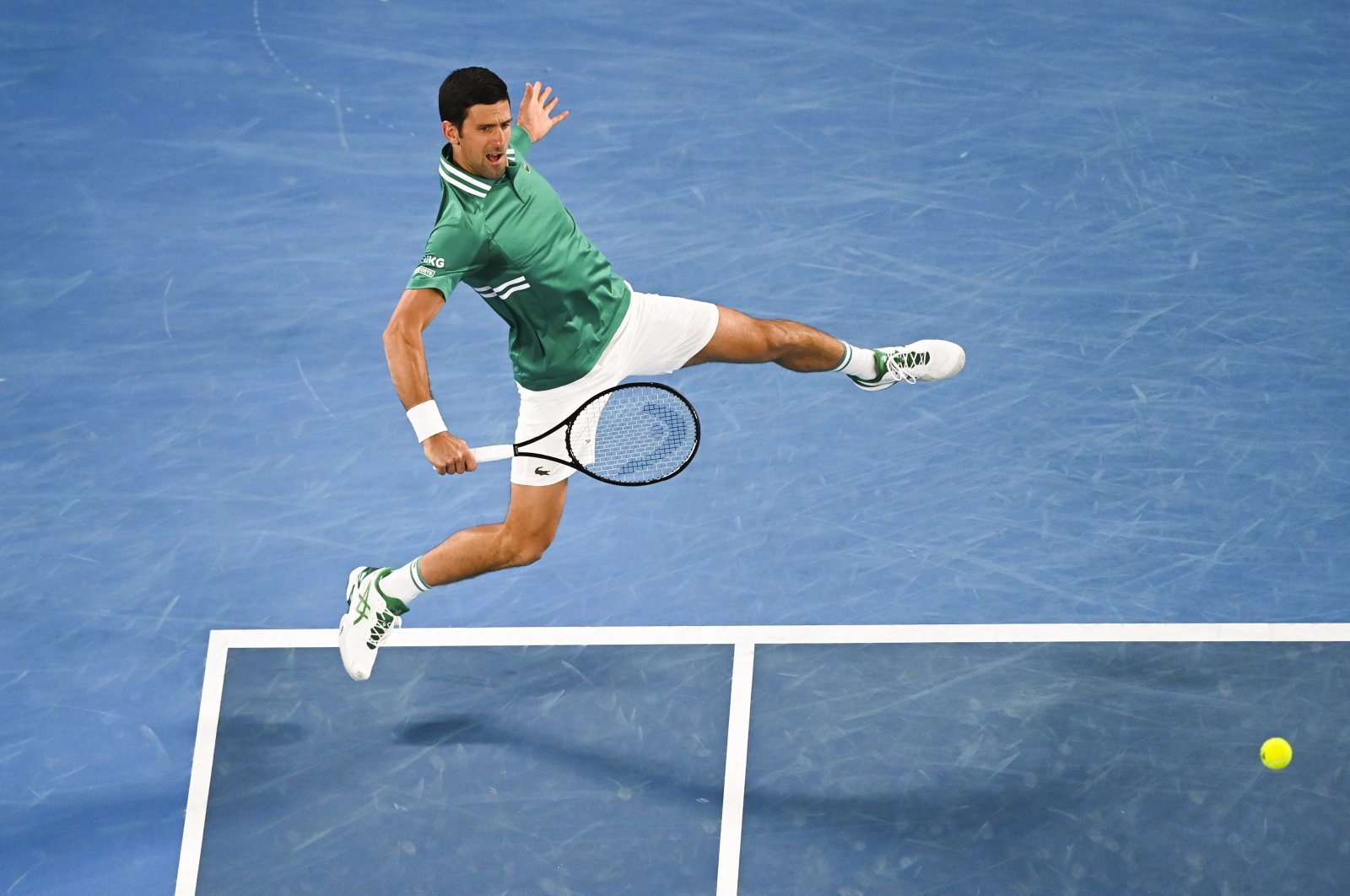 Serena Williams, Naomi Osaka and Novak Djokovic all wasted little time in breezing into the second round as the Australian Open began Monday, three weeks later than originally scheduled because of the coronavirus pandemic.

Japan's Osaka, the third seed, struck the first serve on Rod Laver Arena against Russia's Anastasia Pavlyuchenkova in the women's singles and strode to the net to touch racquets with her opponent just 68 minutes later after a 6-1, 6-2 victory.

"I was really nervous coming into this match. I just wanted to play well," Osaka told a smattering of spectators on the socially distanced center court.

Djokovic got back to doing what he does best when he steamrollered Frenchman Jeremy Chardy 6-3 6-1 6-2 at the Rod Laver Arena.

Having come through two weeks of quarantine in Adelaide, and a brief but damaging spat with his hosts over the terms of the isolation, the world number one let his tennis do the talking as he eased to a 297th Grand Slam victory.

He has won eight of his 17 major titles on Melbourne Park's main showcourt and even with a smaller crowd than usual, the Serbian looked very much at home on the distinctive blue surface.

"There's an ongoing love affair with me and this court," he said to cheers from the fans.

Williams started her quest for a record-equalling 24th Grand Slam title in style with a 6-1, 6-1 romp past Germany's Laura Siegemund in 56 minutes.

"This was a good start, it was vintage Serena," said the 39-year-old, playing an unparalleled 100th match at the tournament and turning heads in a vivid, one-legged catsuit.

Meanwhile, women's world No. 2 Simona Halep also skipped briskly into the second round with a businesslike 6-2 6-1 demolition of local wildcard Lizette Cabrera.

The second-seeded Romanian looked in fine form as she moved her opponent around apparently at will and seized her break-point opportunities with alacrity.

The 2019 U.S. Open champion Bianca Andreescu won an emotional first match back after 15 months out against Romania's Mihaela Buzarnescu 6-2, 4-6, 6-3.

The 20-year-old Canadian last played at the WTA Finals in October 2019 at Shenzen, China, where she suffered the knee injury that scuppered her entire 2020 season.

Men's third seed and U.S. Open champion Dominic Thiem was made to work hard in the first set by Kazakh veteran Mikhail Kukushkin before coming through 7-6 (7/2), 6-2, 6-3.

"He played incredible," said the German, who lost to Thiem in the final in New York and the Melbourne semifinals last year.

"He had me on the ropes, particularly in the second set tie-break."

The tournament is known as the "Happy Slam" for its convivial atmosphere but the pandemic has overshadowed the event this year with fewer spectators, mandatory mask-wearing and fans unable to circulate freely around the grounds.

Kerber out, Wawrinka through

Preparations had to be hastily rearranged as late as last Wednesday when a coronavirus case at a tournament hotel – the city's first local infection in 28 days – forced a suspension of play.

Hundreds of players and officials were tested and all were negative.

Angelique Kerber, the 2016 Australian Open winner, was the first significant casualty of the women's championship when the 23rd-seeded German lost 6-0, 6-4 to 63rd-ranked American Bernarda Pera.

There were no such problems for the 2014 men's champion, Stan Wawrinka, as he reached the second round for a 16th straight time with a 6-3, 6-2, 6-4 win against Portugal's Paulo Sousa.

"It's always amazing and special to come back here. Winning my first Grand Slam was something unbelievable, amazing memories," said the 35-year-old Swiss 17th seed.

Milos Raonic, the 14th seed from Canada, also enjoyed serene progress through to the second round with a 6-3, 6-3, 6-2 win over Federico Coria of Argentina.