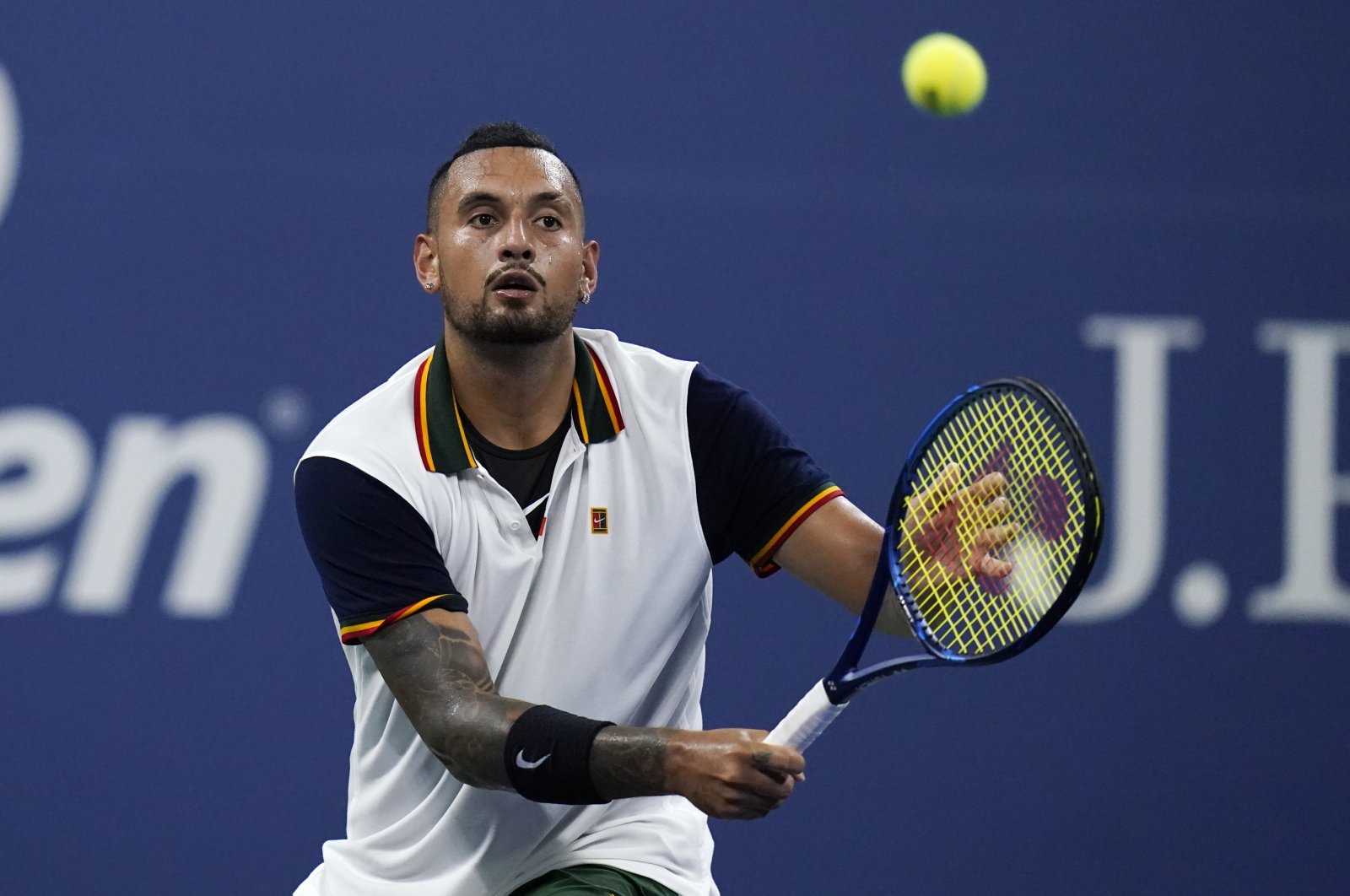 Australia's often controversial and sharp-tongued star Nick Kyrgios walked back from his support of unvaccinated athletes hours after calling for the cancelation of the Australian Open, saying that allowing unvaccinated players to participate in the event would not be "morally right."

The 26-year-old generated headlines in Australia on Tuesday after calling for his home Grand Slam to be canceled and saying it was "morally wrong" to force athletes to get vaccinated.

Australian government officials have said unvaccinated players will be barred from the tournament in January, casting doubt on whether men's world number one and reigning champion Novak Djokovic will defend his title.

Later on Tuesday, Kyrgios said his comments had been taken out of context.

"To say that I'd want the Australian Open canceled, I think that was the sentence that got taken out of context," he said in a video on his Instagram account.

"It's more so for the people of Melbourne who have gone through hell and back.

"I think it's been... nearly 300 days of lockdown and your freedom has been, you know, taken away from you.

"I don't think it's morally right to accept players from overseas that aren't vaccinated to come into our country," said Kyrgios.

Australian Open host Melbourne has had the most cumulative days locked down of any Australian city since the coronavirus outbreak began.

Kyrgios, ranked world number 90, said on his podcast that he was "double-vaxxed" but didn't think it was right to force anyone, let alone athletes, to get vaccinated.

"(NBA player) Kyrie (Irving), Novak (Djokovic), these guys have given so much, sacrificed so much," he said.

"They're global athletes who millions of people look up to and I just feel like it's so morally wrong to force someone to get vaxxed.

"There's other solutions around it."

Brooklyn Nets point guard Irving has refused to get the COVID-19 vaccine in defiance of New York City's mandate.

Serbian Djokovic has repeatedly declined to disclose his vaccination status and said last month he did not know if he would play the Australian Open, "things being as they are."

The sports minister of Victoria state, of which Melbourne is the capital, was confused by Kyrgios's comments but reiterated that unvaccinated players would be banned from the tournament along with unvaccinated fans and staff.

"I really like Nick Kyrgios and I cheer for him every time he plays and I certainly don't want to have beef with Nick Kyrgios but I actually couldn't follow the logic of his comments," minister Martin Pakula said.

"We've had a long lockdown so the Australian Open shouldn't proceed I'm not sure I follow that," he said and added: "I think the opposite applies."

"Melburnians, Victorians and, frankly all Australians, are absolutely gagging for major events."