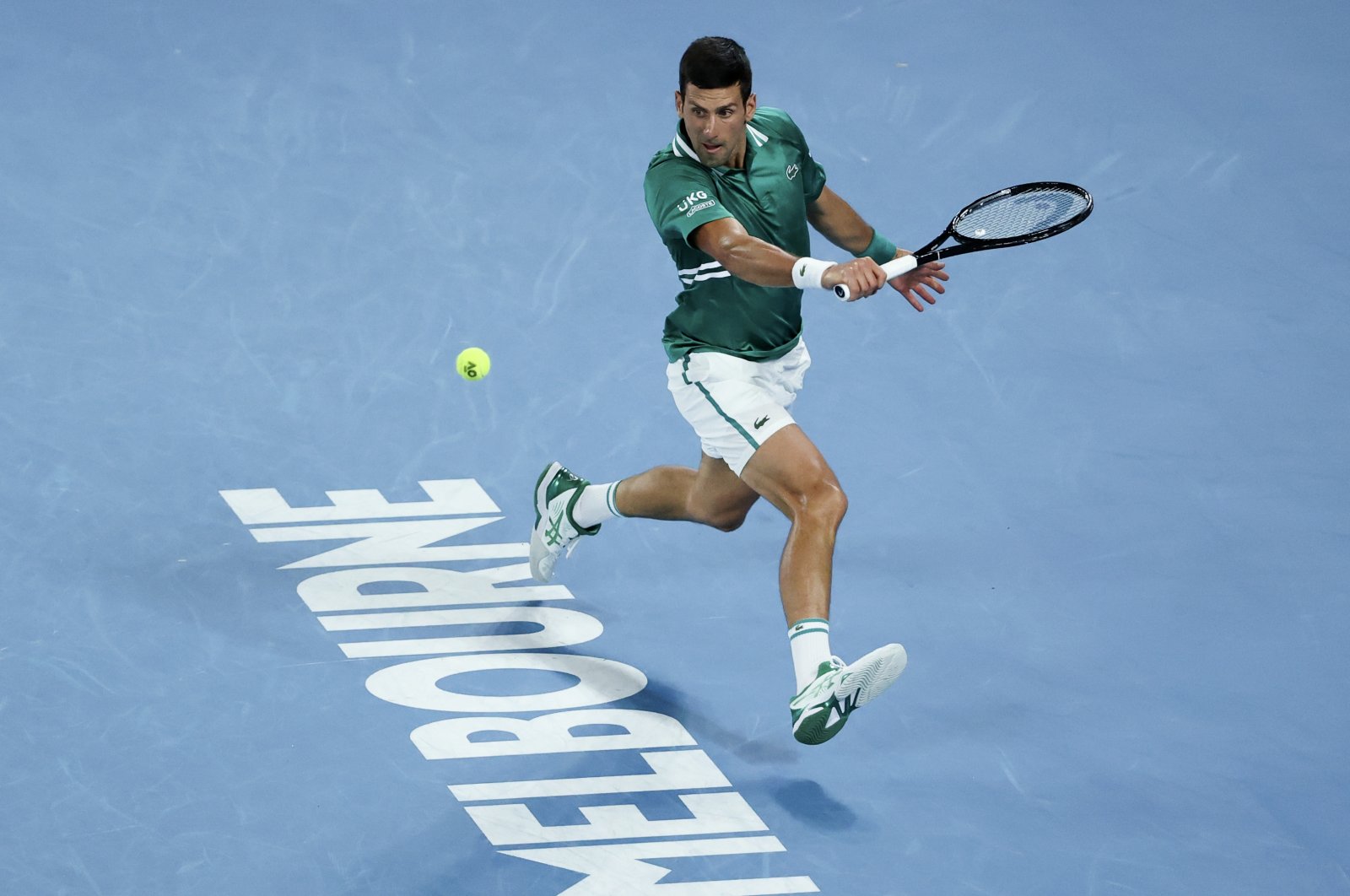 "With this condition (injury), I need time to warm up and actually feel like I can rotate well," said Djokovic, who started sluggishly but finished with 23 aces and 48 winners, along with 56 unforced errors.

"I started moving better and playing better. I served extremely well and I think I had slightly more aces than him, which for me is a miracle."

"There were a lot of nerves out there and I feel emotionally a bit drained."

"I kind of regained my focus after I broke that racquet and things started to shift to me in a positive direction."

Djokovic will be a hot favorite to advance to Sunday's final when he plays Russian qualifier Aslan Karatsev, who continued his dream run with a 2-6, 6-4, 6-1, 6-2 win against injured Bulgarian Grigor Dimitrov.

"I hadn't seen him play before the Australian Open," he said of 114th ranked Karatsev.

"He's very physically strong and moves well. He has a lot of firepower from the back of the court."

"He's motivated and has nothing to lose."

The Serb remains on track for a record-extending ninth Australian Open title and 18th Grand Slam trophy, nipping at the heels of rivals Roger Federer and Rafael Nadal, who both have 20.

Djokovic and Zverev went the distance in a see-saw clash in the warm-up ATP Cup, foreshadowing what was ahead.

Having played three straight grueling matches, a lethargic Djokovic dropped his opening service game and labored through the first set, which Zverev claimed in a tense tiebreaker to take the early lead.

Djokovic's impenetrable game returned in a dominant second set marked by sliding retrievals and unrelenting punching from the baseline.

But Djokovic couldn't continue the momentum in the third set and his frustration boiled over when he was unable to crack Zverev's serve, as he smashed his racquet three times on the court.

Djokovic, however, regrouped and gained a stranglehold by pulling off five straight games to edge ahead.

The twists continued in the fourth set with Zverev running out to a 3-0 lead until Djokovic once again hit back. He proved nerveless in the decisive tiebreaker, finishing it off with an ace to clinch his 19th straight win at the Australian Open.

Djokovic last tasted defeat in the fourth round in 2018, when he was upset by unseeded Hyeon Chung of South Korea.

Zverev, who served 21 aces, lost to Dominic Thiem in last year's Melbourne semis and fell agonizingly short against the Austrian in his only Grand Slam final at last year's U.S. Open.