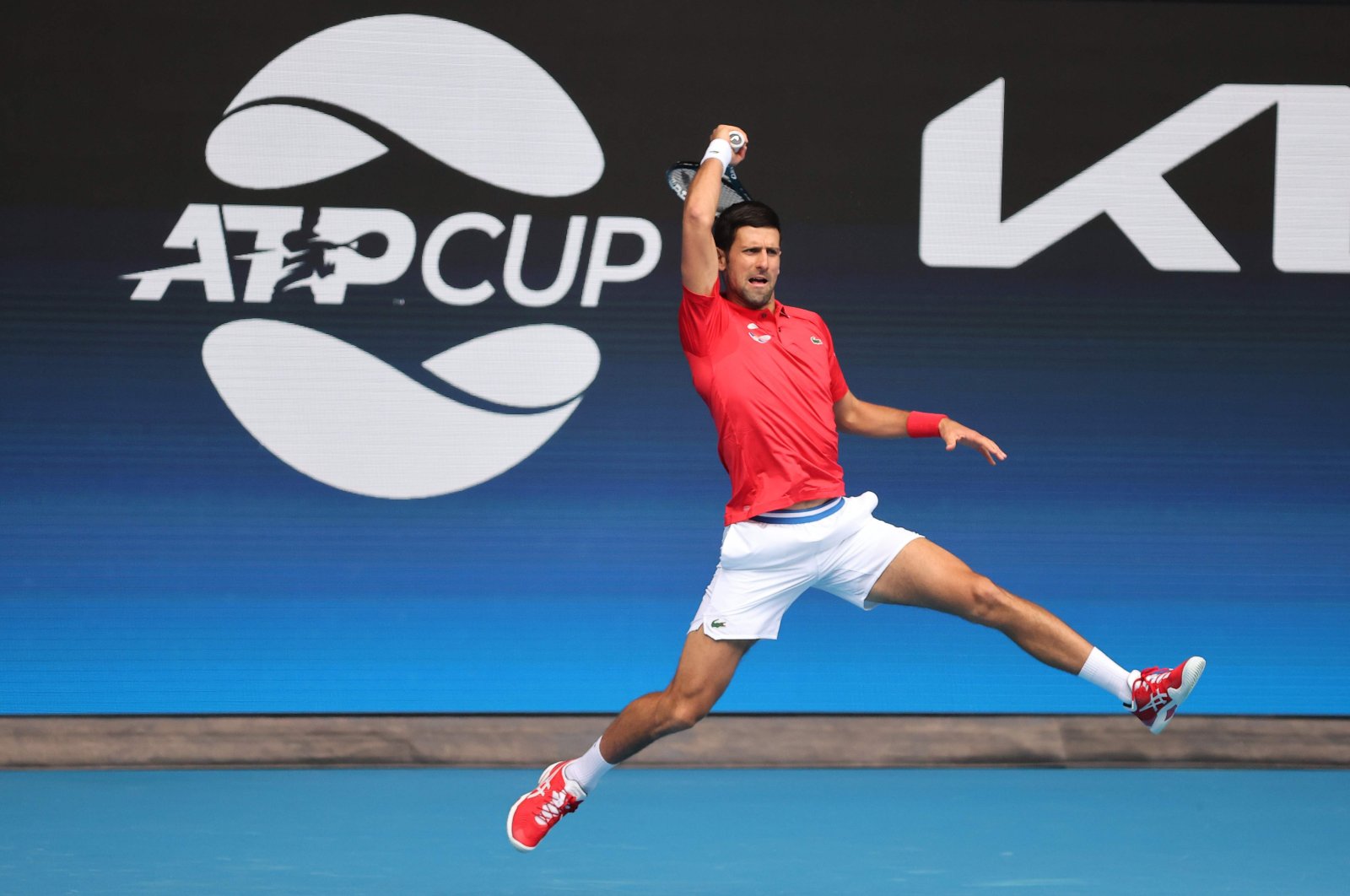 Australian Open champion Novak Djokovic got his season off to a perfect start with a battling win over hotshot Denis Shapovalov in the ATP Cup Tuesday, but world No. 3 Dominic Thiem crashed to defeat.

The Serbian world No. 1, who will be chasing a ninth Australian Open crown when the first Grand Slam of the year begins on Monday, was pushed hard before coming through 7-5, 7-5 against the Canadian on Rod Laver Arena

Djokovic showed no signs of being hindered by a nasty blister on his racquet hand that troubled him at an Adelaide exhibition last week and returned 30 minutes later alongside Filip Frajinovic to play the decisive doubles rubber.

The pair beat Shapovalov and Milos Raonic 7-5, 7-6 (7/4) as defending champions Serbia took the tie against Canada 2-1 in Group A.

"It was a great opening of the season. Playing Shapo is always a great challenge on hardcourts, he is such a dynamic, explosive player," said Djokovic, who was fired up by playing in front of a smattering of noisy Serbian fans.

"I thought we both played on a pretty high level, so I'm really pleased with the way I started the season.

"This is a great competition," added Djokovic, who won all eight matches he contested en route to the trophy last year.

"We need more competitions where we represent a team, represent our country."

Serbia beat Rafael Nadal's Spain in the final of the inaugural and hugely popular tournament last year in Sydney – launched as a rival to the Davis Cup.

It has been slimmed down from 24 teams to 12 this year due to the coronavirus with all matches at Melbourne Park over five days with US$7.5 million at stake, rather than the multicity format employed in 2020.

On a cool day, big-serving Raonic got Canada off to a blistering start, crushing Dusan Lajovic 6-3, 6-4 in just 79 minutes to give his team a 1-0 lead, with the former world No. 3, now ranked 15, dropping just eight points on serve while sending down 11 aces.

It was left to Djokovic to level the tie before clinching the doubles rubber.

The Alexander Zverev-led Germany is also in Group A and plays Wednesday.

While Djokovic tasted victory, U.S. Open champion Thiem, who lost to the Serb in a gripping Australian Open final last year, got his season off to a disappointing start.

He slumped 6-2, 6-4 to Italian world No. 10 Matteo Berrettini who never allowed the Austrian to get going with his big-swinging game.

"I'm very happy obviously for myself, but in this competition, we're playing for a team, so it's really nice," Berrettini said. "I'm really happy with my performance.

"Playing for your country is something special."

Berrettini was under pressure after Austria took the lead in their Group C clash when 100th-ranked Dennis Novak earned one of the biggest wins of his career, upsetting world No. 17 Fabio Fognini 6-3, 6-2.

It sent the tie to a deciding doubles with Thiem returning alongside Novak only to crash again, losing 6-1, 6-4 to Berrettini and Fognini.

Nadal pulls out off Australia tie

World No. 2 Rafael Nadal pulled out of Spain's opening ATP Cup tie against Australia Tuesday, complaining of a stiff lower back.

The 20-time Grand Slam champion was due to take the court against Australia's top-ranked player Alex De Minaur but opted to rest instead as he prepares for the Australian Open next week.

"Hi all, we have decided with Team Spain and my team, to not play today the first match of the ATP Cup here in Melbourne since I have a stiff low back," he tweeted.

Nadal added that he hoped to have recovered by Thursday, when Spain meet Greece.

Nadal, who is aiming for a record-breaking 21st Slam title in Melbourne, moving him past the injured Roger Federer, played an exhibition in Adelaide on Friday, beating Dominic Thiem 7-5, 6-4.