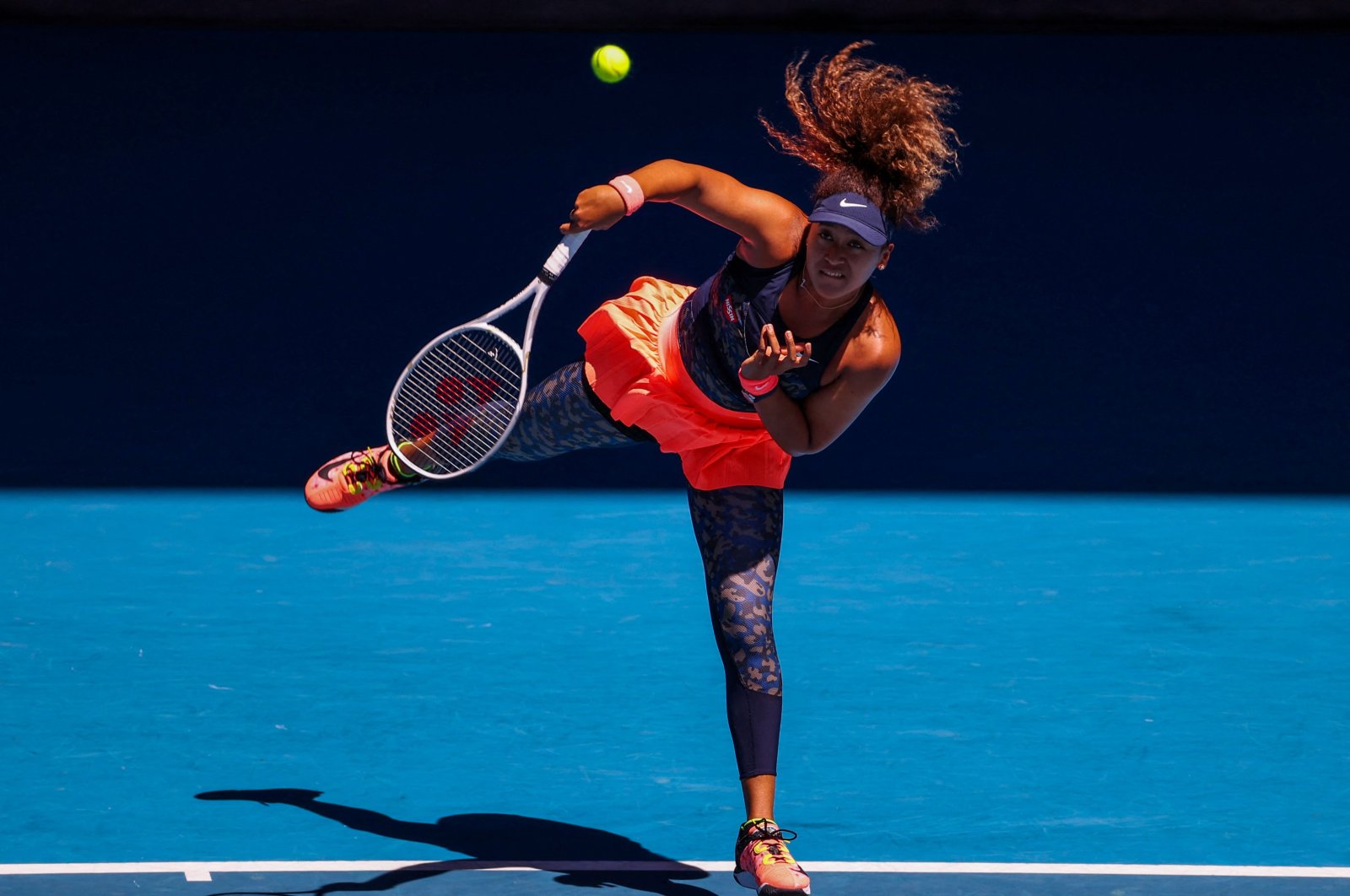 Three-time major-winner Osaka once again proved the American's nemesis with a one-sided 6-3, 6-4 win which heightened questions about whether Williams, 39, will ever match Margaret Court's all-time record.

Williams put her hand on her heart as she acknowledged a standing ovation at Rod Laver Arena, and later cut short her post-match news conference in tears, saying: "I'm done."

The American has lost four Grand Slam finals since winning her 23rd in Melbourne in 2017, and victory over Osaka would have given her a golden opportunity against Brady, who will be playing the first major decider.

But U.S. Open champion Osaka has never lost a Slam semifinal and after going 0-2 down in the first set, she reeled off five straight games to take charge against a despairing Williams.

"I hit a lot of unforced errors in the first few games, I was just really nervous and scared," said Osaka. "But then I sort of eased my way into it and the biggest thing for me was having fun."

Williams lamented a "big error day" and refused to discuss whether it might have been her last Australian Open.

"I don't know," she said, when asked if her salute to the crowd was a farewell. "If I ever say farewell, I wouldn't tell anyone."

Williams' exit was watched by thousands of fans returning after a state-wide snap coronavirus lockdown, a welcome sight in Rod Laver Arena after five days of matches in front of empty seats.

'My legs are shaking'

The Australian Open is the first COVID-era Grand Slam to welcome large numbers of fans after last year's Wimbledon was canceled, the U.S. Open took place behind closed doors and the French Open was limited to 1,000 a day.

The returning spectators then witnessed more fireworks in Brady's victory over Karolina Muchova, where the American needed five match points before subduing the Czech 25th seed.

"My legs are shaking, my heart is racing," said Brady, 25, who has admitted she hated watching and playing tennis as a child.

"My legs felt fresh but they weren't moving. They felt stuck in mud," she said.