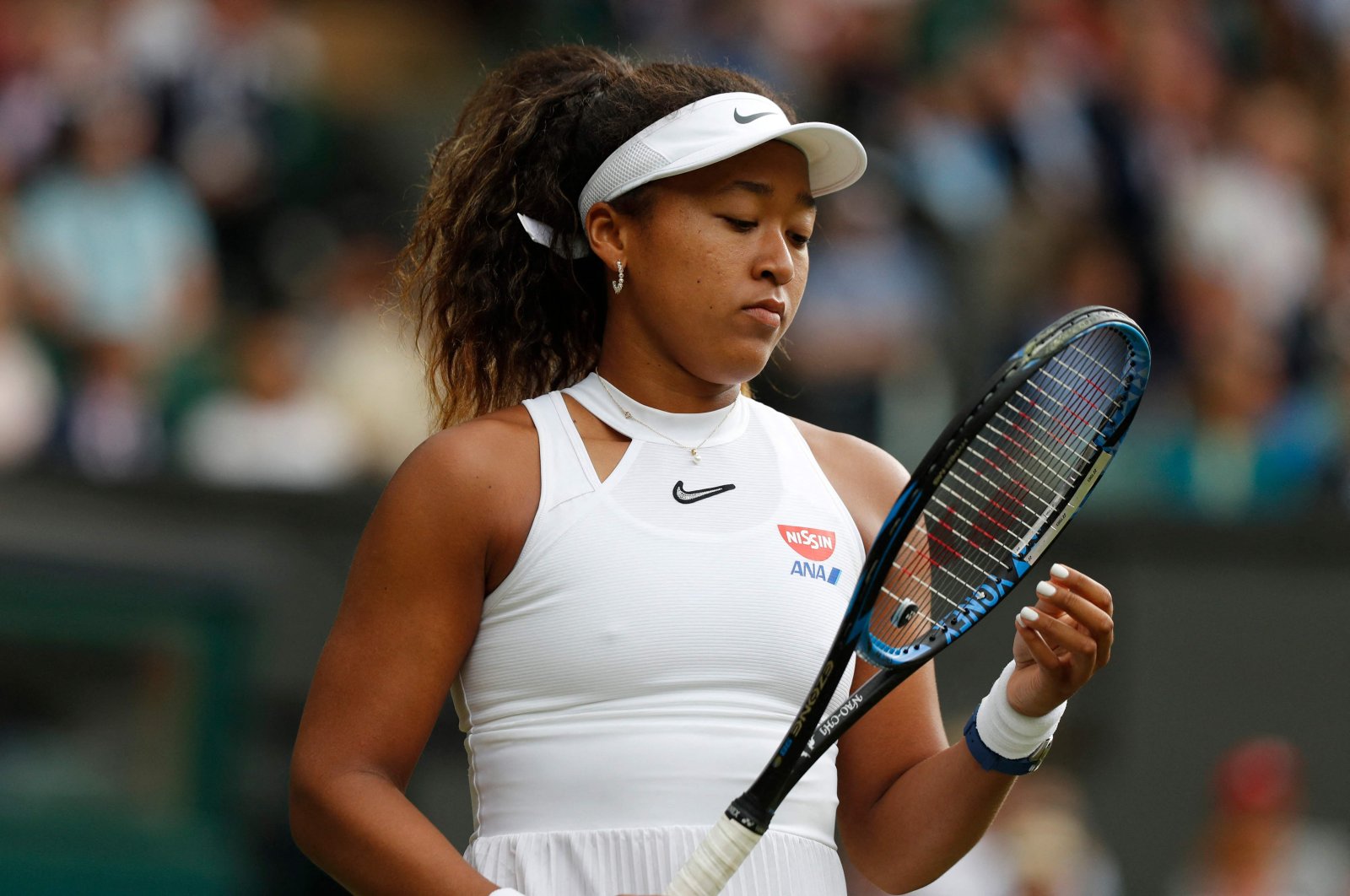 Japan's Naomi Osaka reacts after a point against Kazakhstan's Yulia Putintseva during their women's singles first round match on the first day of the 2019 Wimbledon Championships at The All England Lawn Tennis Club in Wimbledon, southwest London, July 1, 2019. (AFP Photo)
by Reuters Jun 17, 2021 11:01 pm
RECOMMENDED

Women's tennis world No. 2 Naomi Osaka has withdrawn from the Wimbledon championship for personal reasons but will be ready for the Tokyo Olympics, her agent said Thursday.

Osaka quit the French Open following her first round victory after organizers fined her $15,000 and threatened her with expulsion from the tournament when she refused to attend mandatory post-match press conferences.

The 23-year-old, who said she has social anxiety, explained that the media's line of questioning after games impacted her mental well-being.

"Naomi won't be playing Wimbledon this year. She is taking some personal time with friends and family. She will be ready for the Olympics and is excited to play in front of her home fans," Osaka's agent told Reuters via email.

The four-time Grand Slam winner had announced in the build-up to the French Open that she would not face the media and stuck to her stance.

A strongly-worded letter from the board of the four Grand Slam tournaments followed, warning her of possible expulsion from Roland Garros and future majors – after which she announced her withdrawal on social media.

The reaction to her withdrawal put French Open organizers on the back foot. Although they defended their handling of the situation, they accepted that the governing bodies need to do better on mental health issues.