Time, momentum on Djokovic's side to become tennis' greatest 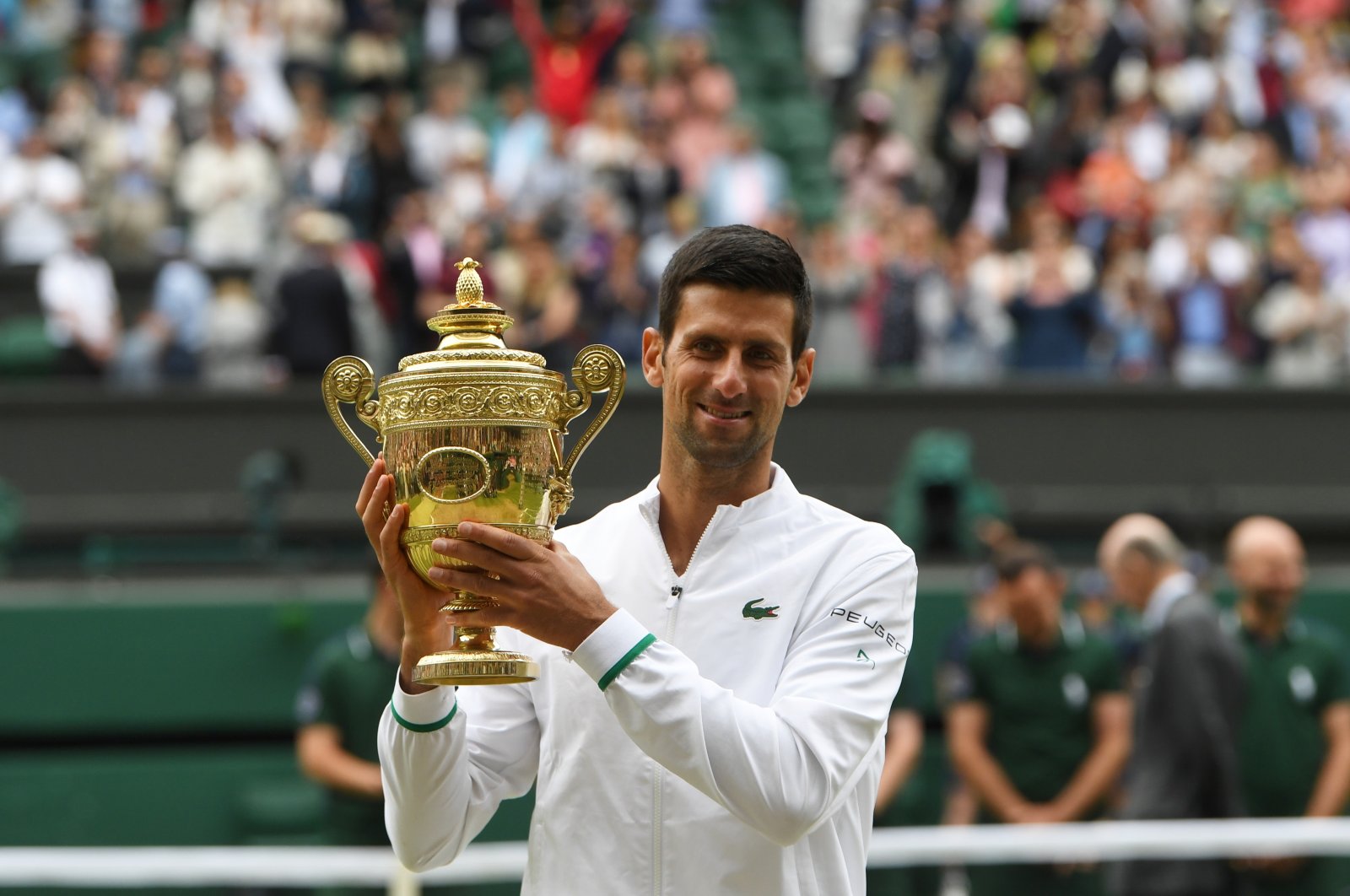 After picking up a record-equalling 20th Grand Slam at Wimbledon, World No. 1 Novak Djokovic has time and winning momentum on his side to become the greatest tennis player of all time.

He went level with Roger Federer and Rafael Nadal on 20 majors with a sixth Wimbledon title thanks to his four-set win over Italy's Matteo Berrettini on Sunday.

The 34-year-old has won eight majors and appeared in nine Grand Slam finals since turning 30.

Incredibly, when Federer secured his 20th at the 2018 Australian Open, Djokovic was still way back on 12.

"He's amazing. He's like in the movies. You have to kill the guy 27 times and still, he gets up and you have to kill him again and he gets up," said Goran Ivanisevic, one of the Serb's coaching team.

Ivanisevic believes that Djokovic's coronation as the greatest male player of all time will come at the U.S. Open in September.

A fourth career title there will make him only the third man in history to complete a Golden Grand Slam of all four majors after Don Budge in 1938 and Rod Laver in 1962 and 1969.

"He's going to do it at the U.S. Open. I strongly believe he's going to win all four in one year. Then I think the debate is over," said Ivanisevic.

At 34, Djokovic is a year younger than Nadal and has the best part of six years on Federer, who turns 40 in four weeks' time.

A sub-par Federer made a quarterfinal exit at the All England Club.

"I'm going to say Roger Federer's never going to win another one," McEnroe told the BBC.

"I think Rafael Nadal wins one more and Novak Djokovic is going to win four or five more."

Wilander added: "I think he will win another three next year and two or three the following year, so I think he ends up on 25 or 26.

When Djokovic won last month's French Open, he became the first man in 52 years to claim all four majors twice and third overall after Laver and Roy Emerson.

It is not just at the Slams where Djokovic has tightened his grip on the race to be crowned the sport's greatest.

He has 36 Masters titles, the same as Nadal.

However, he is the only man to have won each one of the series and the only one to have won all of them twice.

He has already surpassed Federer for total weeks in the world No. 1 slot – his 329th starts Monday.

Djokovic was also the first of the "Big Three" to break the $100 million prize money barrier. Sunday's win took him comfortably past $150 million.

In head-to-heads, he also has the advantage.

However, Djokovic insists that he will never anoint himself as "the greatest."

"I believe that I am the best, otherwise I wouldn't be talking confidently about winning Slams and making history," said Djokovic.

"But whether I'm the greatest of all time or not, I leave that debate to other people.

"It's very difficult to compare the eras of tennis. We have different racquets, technology, balls, courts."

There are still some areas where Djokovic at the moment lags behind.

His career total of 85 titles is three fewer than Nadal while Federer has 103. He still has some way to go to beat Jimmy Connors' all-time record of 109.

Sidelined for most of 2020 to recover from two knee surgeries, Federer's bank balance remains healthy due to the $300 million 10-year contract he penned with Uniqlo in 2018.

Many regard Australia's Laver as tennis's supreme power, arguing he would have collected many more than his 11 Slams had he not been banished between 1963 and 1967 for turning professional.

Djokovic also has some distance to make up on the best women players of all time.