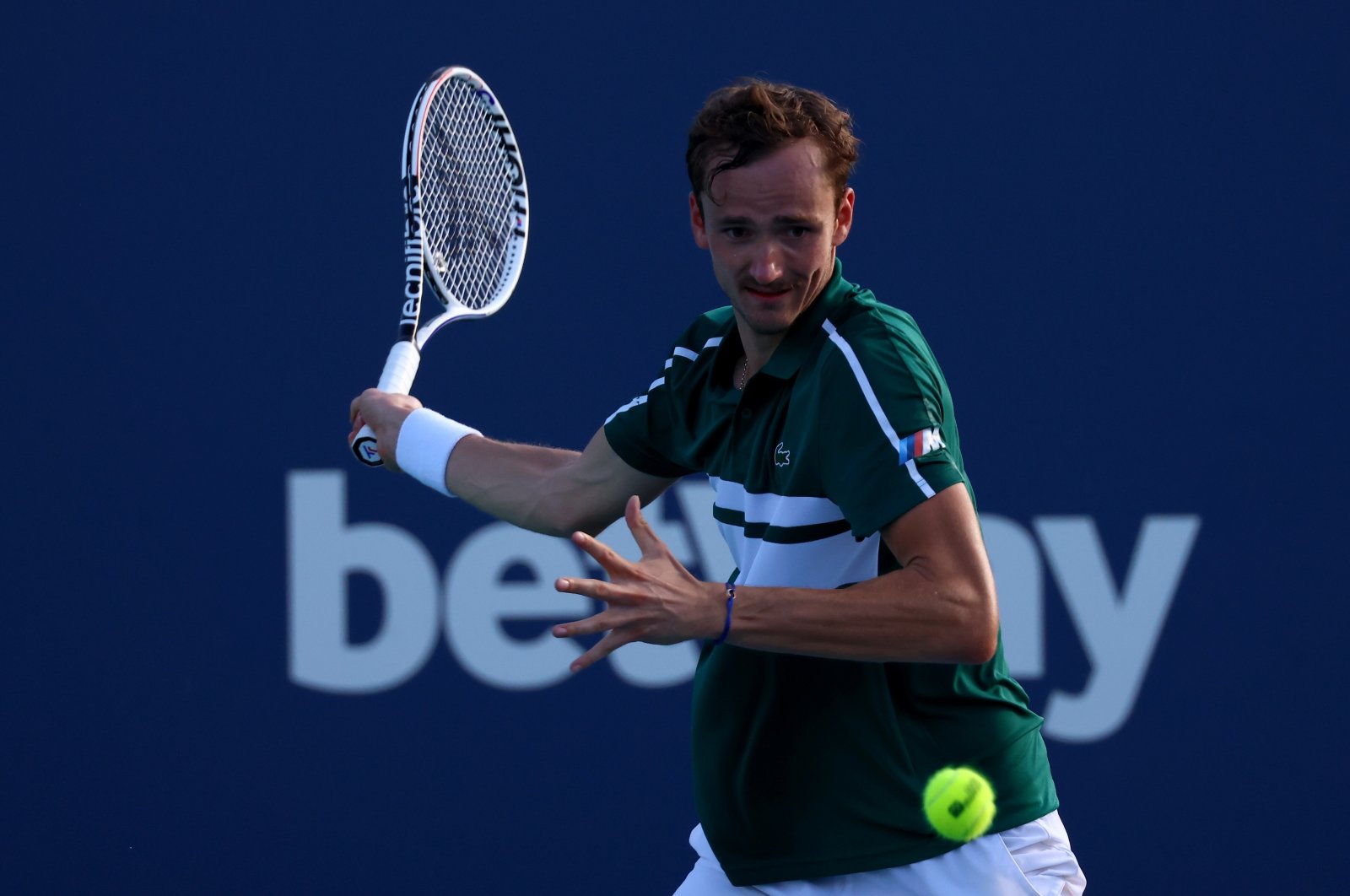 Top-seeded Daniil Medvedev hobbled into the fourth round of the Miami Open on Sunday, defying crippling leg cramps to beat Australian Alexei Popyrin 7-6 (7/3), 6-7 (7/9), 6-4.

World No. 2 Medvedev, increasingly hampered as the third set wore on in the heat and humidity of South Florida, nevertheless mustered the only service break of the third set on the way to a dramatic victory over 86th-ranked Popyrin in the ATP Masters and WTA hardcourt tournament.

"It's probably one of the sweetest victories in my career, because I was cramping like hell in the third set," Medvedev said.

"It was really painful," Medvedev said. "A few moments during rallies, I felt like my legs were not following me anymore. The only thing I was thinking about was not to fall down because if I fell down, I don't think I'd be able to get up.

"There were moments where I just wanted to lie down and say, 'OK, it's over,' but I couldn't accept that."

Medvedev had appeared to be cruising to the finish line when he seized a 5-2 lead in the second set.

Popyrin held serve for 5-3, but since Medvedev hadn't faced a break point in the match another hold seemed a mere formality.

Instead, Medvedev was broken to love in a game that featured a double fault and three superb forehand winners from Popyrin – including a stinging cross-court return on break point.

Popyrin promptly fell to 0-40 in the next game but an ace, a service winner and a forehand long from Medvedev erased three match points.

Medvedev saved two set points in the tiebreak before Popyrin, who won his first ATP title at Singapore in February, leveled the match with a forehand winner on his third set point.

The Russian, runner-up to Novak Djokovic at the Australian Open in February, will next face unseeded American Frances Tiafoe, who beat 16th-seeded Dusan Lajovic of Serbia 1-6, 7-5, 6-3.

The match was a near-carbon copy of Isner's two-tiebreak win over Auger-Aliassime in the 2019 semifinals. The U.S. veteran, 35, next faces another familiar foe in Roberto Bautista Agut.

The seventh-seeded Spaniard beat Germany's Jan-Lennard Struff 4-6, 6-3, 6-2 to book a chance to avenge his 2019 quarterfinal Miami loss to Isner.

In the women's draw, second-seeded Naomi Osaka reached the fourth round for the first time, without lifting a racquet, when scheduled opponent Nina Stojanovic withdrew with a right thigh injury.

The U.S. and Australian Open champion, who could overtake No. 1 Ashleigh Barty in the rankings with a title victory if the Australian fails to reach the final, next faces 16th-seeded Belgian Elise Mertens, who defeated Anett Kontaveit of Estonia 6-2, 0-6, 6-2.

Spain's Garbine Muguruza, a two-time Grand Slam winner who ended a two-year title drought in Dubai this month, dropped the first set on the way to a 4-6, 6-3, 6-4 victory over Anna Kalinskaya.