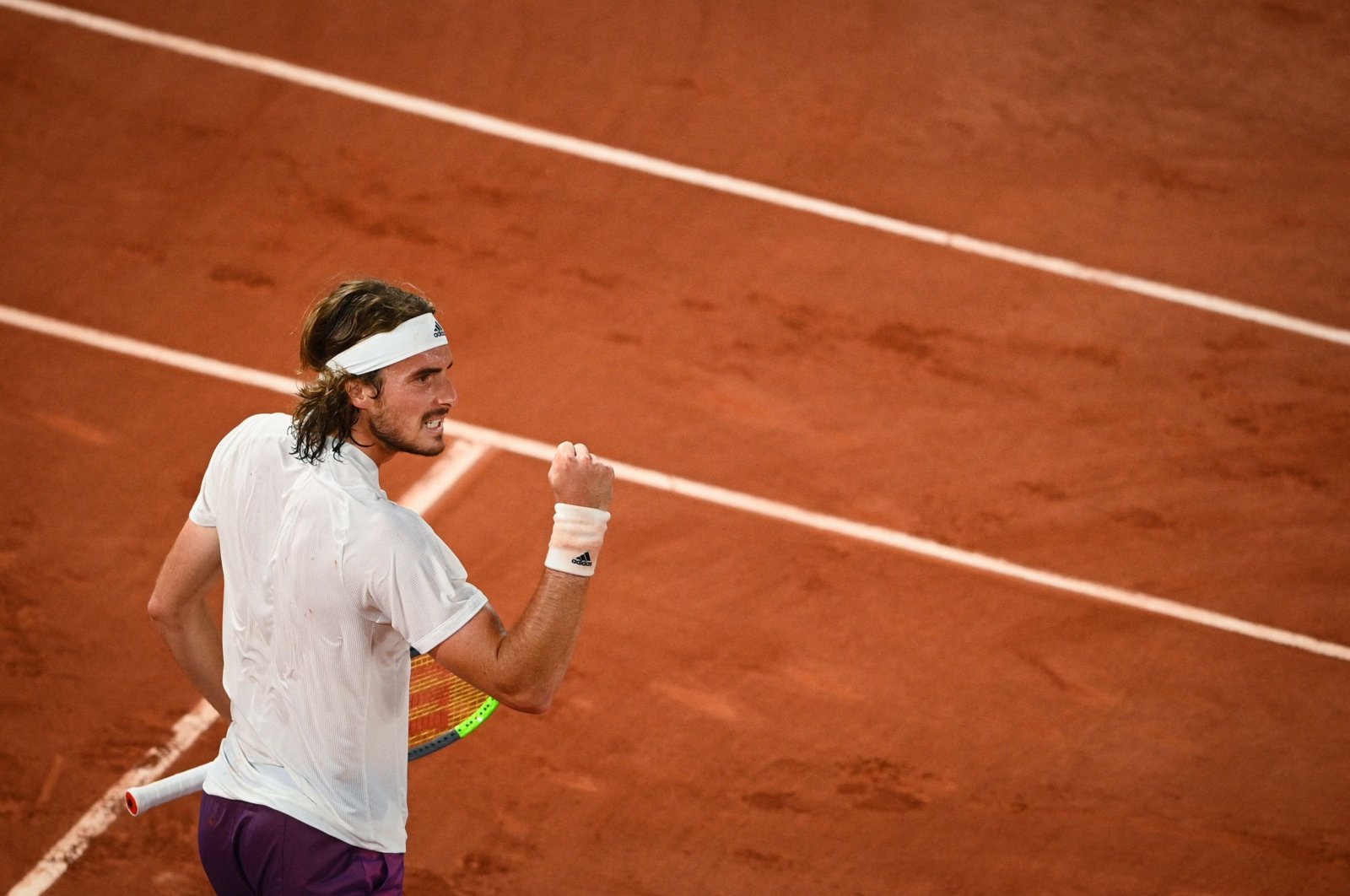 Stefanos Tsitsipas will take on Germany's Alexander Zverev in the French Open semifinal Thursday after the Greek defeated world No. 2 Daniil Medvedev in straight sets Tuesday.

The 22-year-old is on track for a first Grand Slam final, while first-time semifinalists Anastasia Pavlyuchenkova and Tamara Zidansek are also two wins from an unlikely title.

Fifth seed Tsitsipas qualified for his third successive major semifinal, winning 6-3, 7-6 (7/3), 7-5 to avenge his defeat by Medvedev at the Australian Open.

"I was playing against one of the best guys on the tour and I had to keep up with the intensity and elevate my game," said Tsitsipas.

"I thought I was playing good and not giving him space to do things and I think my performance was close to one of my best this week. I love being in Paris, it brings back good memories and I'm happy to keep going."

Tsitsipas had won just one of seven previous matches with Medvedev, but the former arrived at Roland Garros favored to reach the final after titles in Monte Carlo and Lyon, with Novak Djokovic and Rafael Nadal in the opposite half of the draw.

A single break of serve allowed Tsitsipas to clinch the opening set, but the 22-year-old – beaten by Djokovic in five sets in the 2020 semifinals here – had to save two set points on serve in the second before controlling the tie-break.

Medvedev broke and led 4-2 in the third but Tsitsipas swiftly hit back, and then broke again to close out victory, swatting a backhand winner as the Russian bizarrely attempted an underarm serve down match point.

"It was a very close match, there were not many breaks, we both served pretty well. It was intense," said Tsitsipas.

Zverev, who trailed qualifier Oscar Otte by two sets in the first round, has now won 15 sets in a row as he eased into his first French Open semifinal with a 6-4, 6-1, 6-1 win over Spain's Alejandro Davidovich Fokina.

He easily brushed aside the 46th-ranked Davidovich who hit 37 unforced errors and only 16 winners in his first major quarterfinal.

"It's nice to be in the semifinals, but just being here doesn't satisfy me," said Zverev, the 2020 U.S. Open runner-up.

Pavlyuchenkova reached her first Grand Slam semifinal at the 52nd attempt and will be favored to make the final when she takes on world No. 85 Zidansek of Slovenia on Thursday.

"There are so many emotions to reach a Grand Slam semifinal for the first time," said 29-year-old Pavlyuchenkova who had fallen at the quarterfinal stage at the majors on six previous occasions since her 2007 debut.

Rybakina dumped out Serena Williams in the previous round and raced into a 4-1 lead in the opener. Pavlyuchenkova broke back in the seventh game before the 1.84-meter (6 feet) Russian-born Kazakh dominated the tiebreak.

The Russian leveled the tie courtesy of breaks in the sixth and eighth games of the second set.

There were four breaks in the first six games in a tense decider before Rybakina cracked in the 16th game, going down tamely on her sixth double fault.

The unheralded Zidansek became the first woman representing Slovenia to advance to the last four at a Grand Slam after beating in-form Spaniard Paula Badosa 7-5, 4-6, 8-6.

"It feels overwhelming. It's hard to take it in this fast," said Zidansek, who had never before gone beyond the second round at a major.

Zidansek recovered from 3-0 and a double break down in the first set and saved three break points at 6-6 in the decider against Badosa, the 33rd seed with the most clay court wins (17) on the WTA tour this season.

The Slovene took her second match point to continue her dream run. She is hoping to emulate Maribor-born Mima Jausovec, who won Roland Garros in 1977 while representing Yugoslavia.