World No. 1 Barty sets up Miami Open final against Andreescu 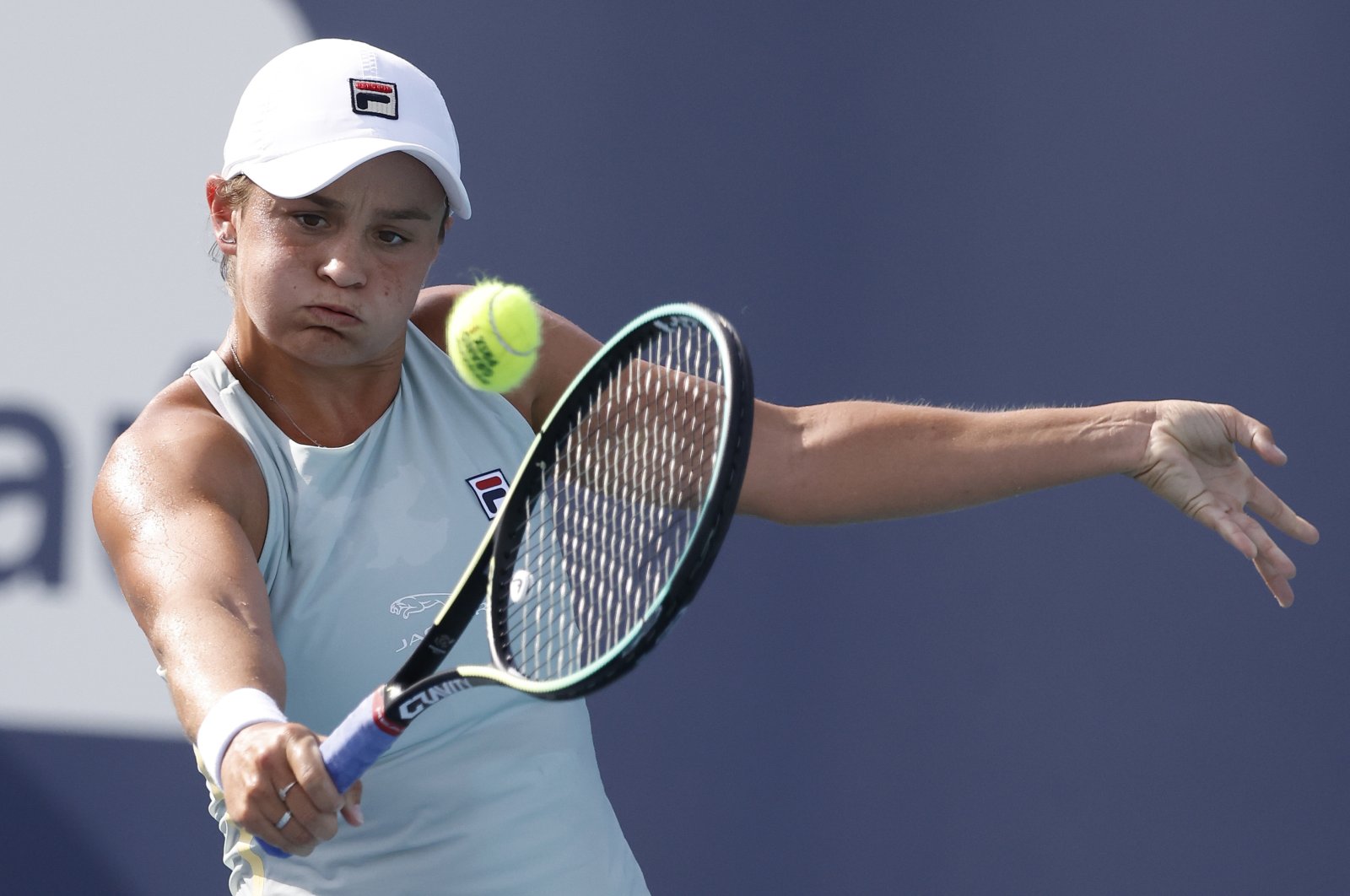 World No. 1 Ashleigh Barty bucked the upset trend at the Miami Open on Thursday, rolling into the women's final as men's second seed Stefanos Tsitsipas was toppled by Hubert Hurkacz.

Australia's Barty fired 27 winners in a 6-3, 6-3 victory over fifth-seeded Ukrainian Elina Svitolina to return to the title match of a tournament she won when it was last held in 2019.

But Greece's Tsitsipas was left trying to explain a "self-explosion" after he squandered a commanding lead in a 2-6, 6-3, 6-4 quarterfinal loss to 26th seed Hurkacz of Poland – the latest in a string of upsets that saw men's top seed Daniil Medvedev and No. 3 Alexander Zverev bow out along with women's No. 2 Naomi Osaka.

Tsitsipas admitted it was a crushing outcome in a tournament where the absences of superstars Novak Djokovic, Rafael Nadal and Roger Federer and his own recent solid form seemed to offer him a chance to shine.

"I felt like it was my opportunity," Tsitsipas said. "I feel like there was more space for me to show something greater. It's a very disappointing loss.

"It was there, everything was under control. And suddenly, I don't know, self-explosion."

Tsitsipas exited the tournament after a tense encounter that saw the 22-year-old Greek given a time violation after the second set for taking too long to change his shirt and headband.

The world No. 5 was also reportedly involved in a tense exchange with officials before the match after refusing to share a golf cart with Hurkacz used to ferry players to the court.

There was no sign that the incident had unsettled Tsitsipas early on, however, as he dominated a one-sided first set to win 6-2.

Tsitsipas then quickly broke Hurkacz at the start of the second on the way to a 2-0 lead.

But just when it appeared the match was heading for a brisk conclusion, Hurkacz finally found his range.

After staving off two break points at 15-40 in the third game, Hurkacz went on to hold and then broke to level the set at 2-2 – a lost opportunity that demoralized Tsitsipas.

Another break of serve in the eighth game put Hurkacz 5-3 up and he made no mistakes on his next service game, clinching the set with an angled drop shot that left Tsitsipas scrambling to the net.

The momentum was with Hurkacz in the third and he seized control with a break in the fifth game, which would ultimately prove decisive as the Pole closed out the win.

In the semis, Hurkacz will face Russian fourth seed Andrey Rublev who won a rain-interrupted quarterfinal with a 7-5, 7-6 (9/7) victory over unseeded Sebastian Korda.

The 23-year-old Rublev advances to his first Masters 1000 semifinal by beating Korda in straight sets in a night match.

Rublev won the first set after several rain delays, including one return to the court that lasted for just one point.

Rublev put an end to Korda's inspired Miami run by blasting five aces and winning 85% of his first serve points in the 1 hour, 42-minute match.

Barty has gone from strength to strength since saving a match point in her opening victory over Slovakian qualifier Kristina Kucova.

"Every single match I felt like I've done something a little bit better, and that's all you can ask," said Barty, who opted not to travel outside Australia last year amid the coronavirus pandemic and withdrew from tournaments in Doha and Dubai in March with a leg injury.

She received treatment for an abdominal issue between sets on Thursday, but vowed she would be "right as rain" for a title showdown on Saturday.

Andreescu won her first set in a tiebreaker by stepping up on the big points. After surviving two set points, the Canadian clinched it on her first set point when her forehand skipped off the top of the net and landed out of the reach of Sakkari.

Andreescu needed another tiebreak in the third, winning five of the last seven points and claiming the set on the third match point when Sakkari slammed a forehand into the net.

"I wanted to play her for long time now. It will be a tough match and I am looking forward to it," Andreescu said of facing Barty in the final.