Tiger Woods set to return to golf after horrific accident 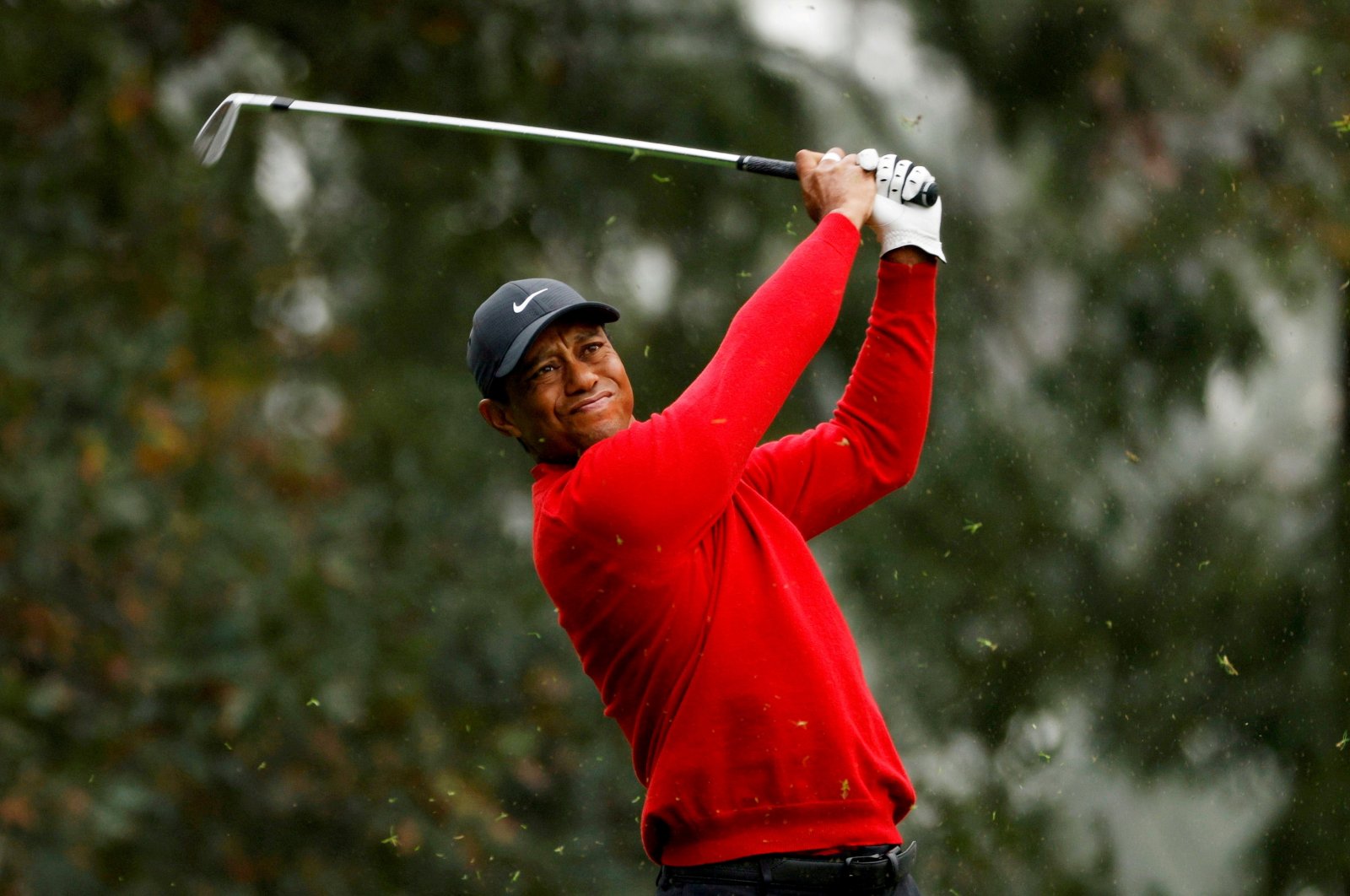 Tiger Woods on the fourth hole during the final round of the Masters at Augusta National Golf Club, in Georgia, United States, Nov. 15, 2020. (REUTERS PHOTO)
by Daily Sabah with AFP Dec 09, 2021 9:21 am
RECOMMENDED

An event in Florida is expected to mark the first time for legendary golfer Tiger Woods to return to the sports, almost a year after a car crash which heavily injured him.

Woods said Wednesday he will make his return to competitive golf at next week's PNC Championship.

The former world number one, who has not played since suffering career-threatening injuries 10 months ago, will play in the Dec. 16-19 tournament alongside his son Charlie. "Although it's been a long and challenging year, I am very excited to close it out by competing in the PNC Championship with my son Charlie," Woods announced on Twitter. "I'm playing as a Dad and couldn't be more excited and proud," added Woods, who suffered compound fractures in his right leg after the car he was driving in a Los Angeles suburb in February veered off the road and flipped several times.

The PNC Championship, part of the PGA Tour Champions series which is being staged at the Ritz-Carlton Golf Club in Orlando, sees 20 major champions team up with a relative of their choice. Woods played in the 2020 event alongside son Charlie, 12, a tournament won by Justin Thomas and his father Mike.

"I am delighted to confirm that Tiger and Charlie Woods will be participating in the 2021 PNC Championship," tournament chairperson Alastair Johnston said. "We have been liaising with Tiger and his team for some time and are delighted that he has now decided to make his return to competitive golf at the PNC Championship."

The PNC Championship offers Woods the prospect of a gentle return to tournament golf. The two-day event comprises two rounds of scramble golf, and Woods will be allowed to make use of a golf cart. Nevertheless, the speed of Woods' return comes sooner than expected for a player who revealed last week that amputation of his mangled leg had been "on the table" in the aftermath of February's crash.

News of Woods' return was greeted with enthusiasm by fellow professionals. "This is awesome. Welcome back," 2020 US Open champion Bryson DeChambeau tweeted to Woods under his announcement. Australian star Jason Day added: "I think it's very positive. I'm just as excited as everyone else when it comes to watching him swing a golf club."

On Saturday, Woods gave no clue about his planned return when speaking on the sidelines of the Hero World Challenge, the 20-player invitational event he hosts in the Bahamas each year to benefit his charitable foundation. The 15-time major winner said while he was able to play "hit-and-giggle golf", a return to a PGA Tour event remained some way in the distance. "Playing tour golf and being prepared to play and trying to shoot scores against these best players on the toughest golf courses, that's a totally different deal," Woods said. "I'm a long way away from that. Don't expect me to be out there on the tour level for quite some time."

In a separate interview last week, Woods said his days as a full-time playing member of the PGA Tour were now effectively over, saying he expected to "pick and choose" events in future. "I think something that is realistic is playing the Tour one day, never full time, ever again, but pick and choose," Woods said. "Pick and choose a few events a year and you play around that. "I think that's how I'm going to have to play it from now on. It's an unfortunate reality, but it's my reality. And I understand it, and I accept it."

Woods added he was keen to play in next year's British Open, which will mark its 150th anniversary at St. Andrews, the home of golf where Woods has won twice before. "I would love to play at St. Andrews, there's no doubt about it," Woods said. "Physically, hopefully I can. I've got to get there first. Tournament's not going to go anywhere, but I need to get there."