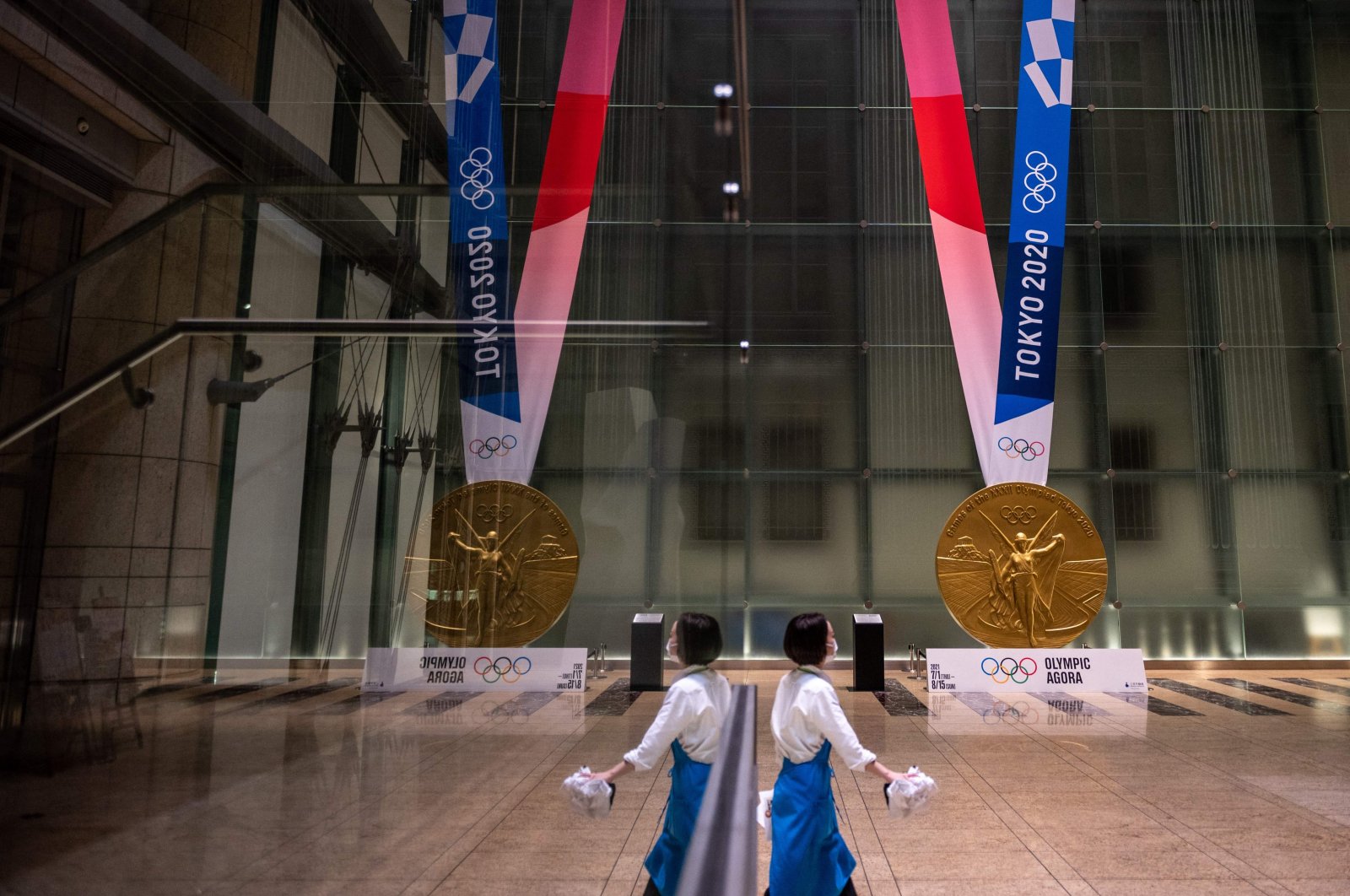 In a break with long-standing Olympics tradition, athletes at the Tokyo 2020 Games will put their medals around their own necks as a precaution against spreading the coronavirus.

"The medals will not be given around the neck,” Bach told international media on a conference call from Tokyo. "They will be presented to the athlete on a tray and then the athlete will take the medal him or herself.”

"It will be made sure the person who will put the medal on the tray will do it with disinfected gloves. Presenters and athletes will wear a mask. There will be no handshakes and no hugs during the ceremony," he added.

Olympic medals are typically presented by an IOC member or a leading official in a sport’s governing body. The IOC had previously said medalists and ceremony officials would have to wear masks.

The Olympic approach is different from football in Europe where UEFA president Aleksander Ceferin has personally hung medals around the necks of players at competition finals in recent weeks.

Tokyo, where a state of emergency has been imposed until after the Games end on Aug. 8, recorded 1,149 new COVID-19 cases Wednesday, the most in nearly six months.

The Olympics have lost much public support in Japan because of fears they will trigger a surge of infections even though no spectators will be allowed into sports venues and there are strict health measures in place for all Games participants.