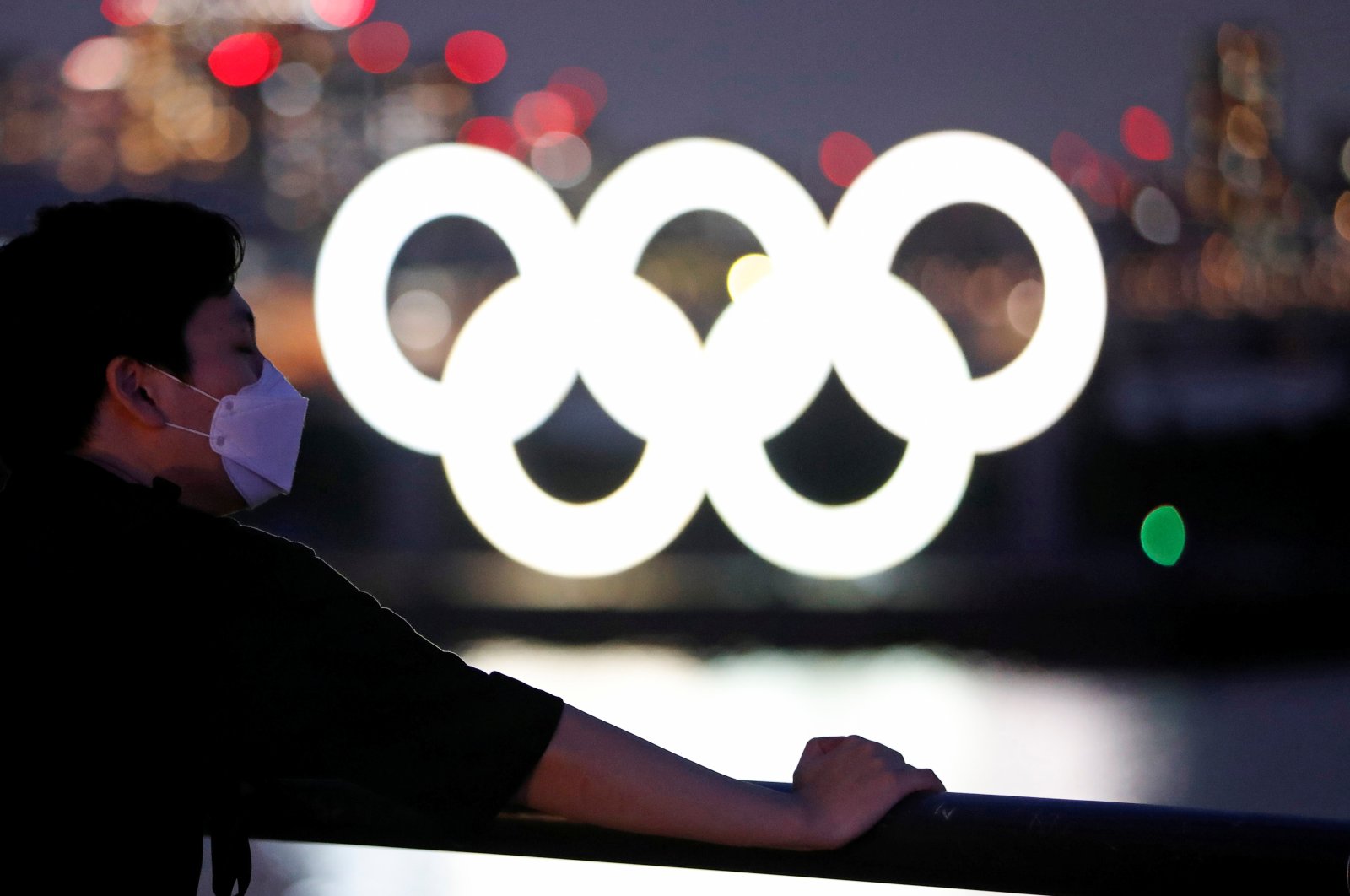 A man wearing a mask stands in the waterfront area in Odaiba Marine Park with the Olympic rings in the background, Tokyo, Japan, July 21, 2020. (Reuters Photo)
by Agencies Jul 22, 2020 9:05 am
RECOMMENDED

The development of a coronavirus vaccine or treatment will be key to allowing the postponed Tokyo 2020 Games to open in a year's time, organizing committee president Yoshiro Mori said Wednesday.

Asked what factors will be crucial for the rescheduled games to go ahead, Mori said "it would be whether the coronavirus woe is settling down."

"Specifically, the first point will be that a vaccine or drug has been developed," he said in an interview with national broadcaster NHK, published Wednesday.

Asked whether Tokyo could hold the games if the virus situation remained unchanged, Mori said: "If things continue as they are now, we couldn't."

But he said that scenario was hypothetical. "I can't imagine a situation like this will continue for another year," he said

Tokyo 2020 should have been opening on Friday, but the games were postponed in March as the coronavirus spread across the globe, marking the worst disruption to an Olympics since two editions were canceled during World War II.

The games are now set to open on July 23, 2021, but recent polls have shown less public enthusiasm for hosting the event, as virus cases show a resurgence in Japan.

Just one in four people in Japan want to see the delayed Tokyo Games held next year, with most backing either further delay or cancellation, according to a survey published by Kyodo News this week.

Most of those backing a delay or cancellation said they simply didn't believe the pandemic could be contained in time for the games.

Among the options that have been floated for a games held during a pandemic is the possibility of limited spectators, or holding the event behind closed doors.

But Mori said reducing the number of spectators would be tough. And he said holding the event without any fans was not an option for now.

"If it's the only way to do it, then it's something we'd have to consider. If that happens, there might be the talk of cancellation," he was quoted as saying, without elaborating.

With just over a year to go until the rescheduled games, there are persistent doubts about whether the delay will be sufficient for the pandemic to be brought under control.

Tokyo governor Yuriko Koike last month said that she would be making a "120%" effort to ensure the safety of everyone attending the games, but this is no easy task.

Organizers have vowed to look at coronavirus countermeasures "from this autumn forward" but the scale of the challenge was encapsulated by John Coates, a top International Olympic Committee (IOC) official in charge of working with the Tokyo 2020 team.

"Do we quarantine the Olympic village? Do all athletes when they get there go into quarantine? Do we restrict having spectators at the venues? Do we separate the athletes from the mixed zone where the media are?"

"We've got real problems because we've got athletes having to come from 206 different nations," said Coates.

Japan has so far reported 26,300 COVID-19 cases with 989 deaths, but Tokyo has seen an increase in cases recently and the country's borders remain almost completely sealed to overseas visitors.