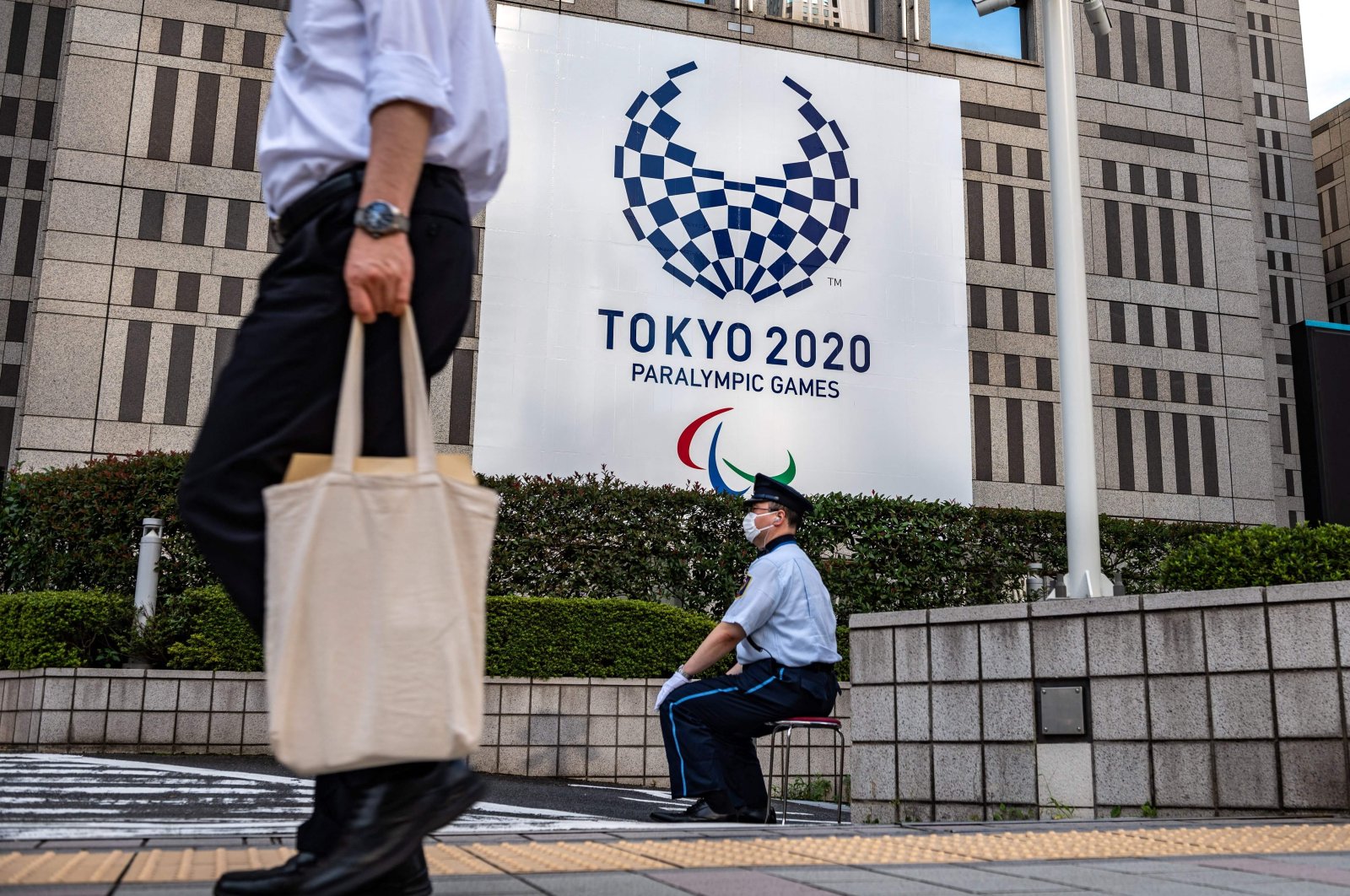 A pedestrian walks past as a security guard sits in front of a Tokyo 2020 Paralympic Games banner at the entrance to the Metropolitan Government Building, Tokyo, Japan, Aug. 19, 2021. (AFP Photo)
by Agencies Aug 19, 2021 12:34 pm
RECOMMENDED

The Tokyo 2020 Paralympics organizers reported the first COVID-19 infection at the athletes' village on Thursday, just days before the Games open.

The case involves a Games-related member of staff who is not resident in Japan, according to organizers, who did not give further details.

Organizers have so far reported 74 cases linked to the Paralympics, mostly among contractors and Games staff who live in Japan, since reporting began on Aug. 12.

Another six cases have been reported by local areas hosting teams for training camps.

However, there have not yet been infections reported among athletes in the Village, which opened to Paralympians on Tuesday.

The Paralympic Games will see around 4,400 athletes from 160 nations compete in Tokyo from Aug. 24 to Sept. 5.

They begin around two weeks after the Olympics ended, with organizers saying they were able to prevent any major spread of infection through tough anti-virus measures.

Those staying at the village will be required to undergo daily COVID-19 testing, wear face masks and maintain social distancing, as was the case during the Olympic Games, which ended on Aug. 8.

The Games will also follow the lead of the Olympics and exclude fans from venues due to the coronavirus pandemic.

So far 546 positive cases linked to the Olympics have been reported, and some experts have argued that holding the Games undermined the government's message on virus rules and contributed to a surge in domestic infections.

In recent days, Japan has recorded more than 20,000 daily virus cases, more than ever before, and the government has expanded and extended virus states of emergency to cover 13 regions until Sept. 12.

The measure largely shortens restaurant and bar opening hours and bans them from selling alcohol, but experts have questioned the efficacy of the restrictions with cases continuing to rise.