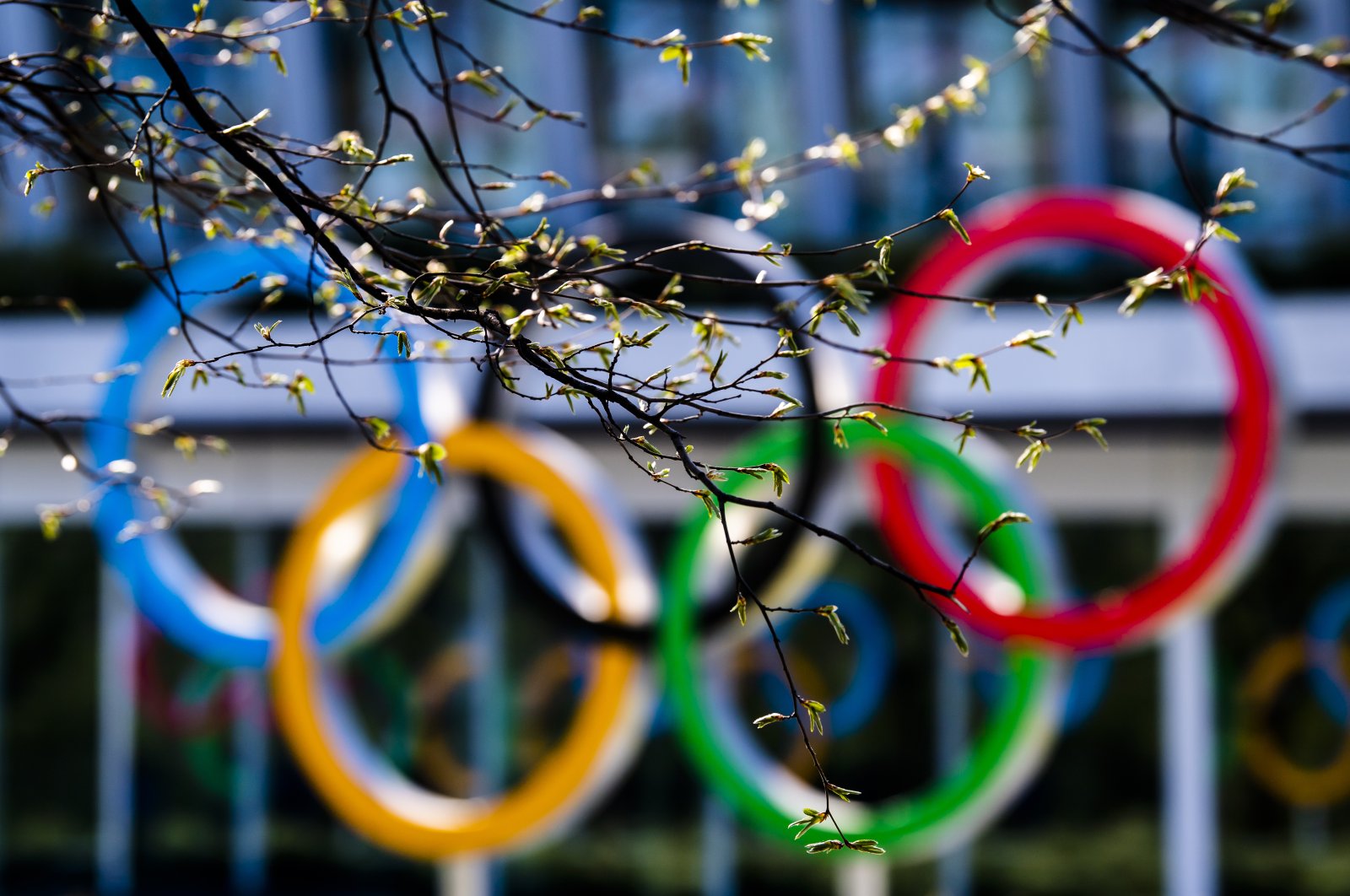 The Olympic rings are pictured at the entrance of the International Olympic Committee headquarters during the coronavirus outbreak in Lausanne, Switzerland, Tuesday, March 24, 2020. (Keystone via AP)
by REUTERS Mar 26, 2020 8:08 am
RECOMMENDED

The International Olympic Committee (IOC) has been accused of irresponsibility after two Turkish boxers and a trainer caught the coronavirus during a qualifying event in London this month.

According to the Turkish Boxing Federation website, athlete Serhat Güler and trainer Seyfullah Dumlupınar contracted COVID-19, the disease caused by the virus, at the European qualifying tournament.

"While the world was taking extreme measures to deal with the virus, I am baffled that an IOC task force and the British government allowed the tournament to start even though many of us had concerns and almost every other sport had shut down," federation president Eyüp Gözgeç was quoted as saying in The Guardian on Wednesday.

It continued for three days despite virtually every other sport being suspended because of the pandemic.

In a letter to other boxing federations, seen by The Guardian, Gözgeç, who is also vice president of the European Boxing Confederation, said, "Unfortunately, two of our athletes and our Turkish head coach have tested positive for COVID-19, caused by a novel coronavirus, after returning to Turkey from London."

"All of them are in treatment now and thankfully they are in good condition. This is the disastrous result of the irresponsibility of the IOC taskforce. This virus has been around since December 2019. Therefore, it is inevitable to ask why the European qualification event was not postponed before it took place?" Gözgeç wrote.

"They did not consider anyone's health, which led them to organize this horrible event," he said.