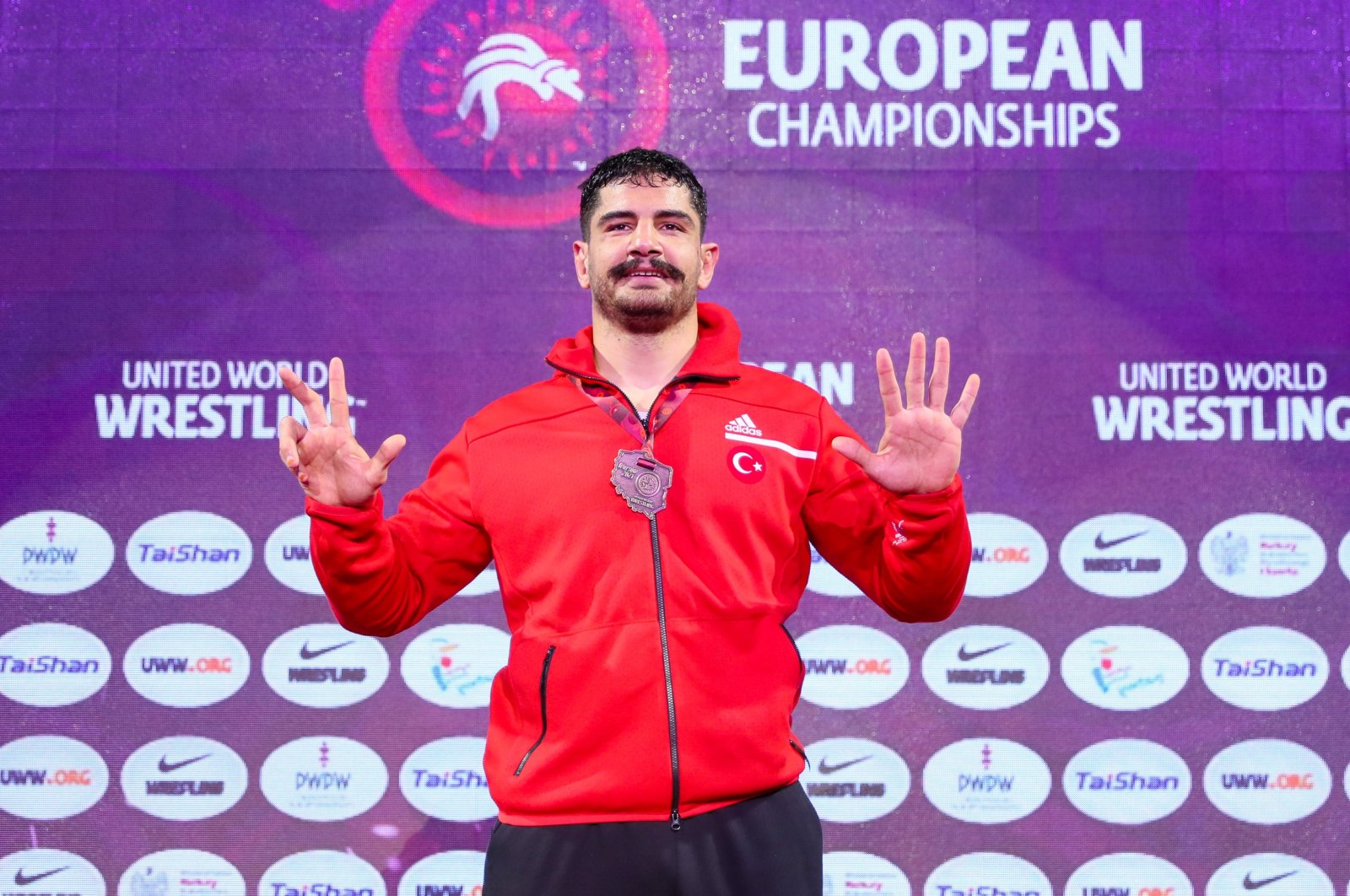 Akgül secured his eighth European title as the 30-year-old beat his Russian opponent Sergei Kozyrev via disqualification (9-2) in the men's freestyle 125-kilogram final.

He had previously won gold in the 2016 Rio de Janeiro Olympics Games.

Speaking to Anadolu Agency (AA) about his latest success, Akgül said winning the tournament after being forced to a nearly two-year hiatus due to injury was a great morale boost for him.

“I won my 8th European title after defeating my rivals with overwhelming superiority. It was really important for me to win a gold medal, considering I joined straight to European Championships after my 1.5-year break. And the Olympics is so close,” Akgül said, adding that he would be aiming for a second Olympic gold medal at Tokyo 2020.

Following his victory, Akgül was congratulated by dozens of prominent figures in Turkey, including the country’s top politicians.

President Recep Tayyip Erdoğan was among the first to congratulate the wrestler, calling him personally to extend his compliments.

He also clinched two gold medals in the World Championships at Tashkent 2014 and Las Vegas 2015.

The European Championships will end on April 25.