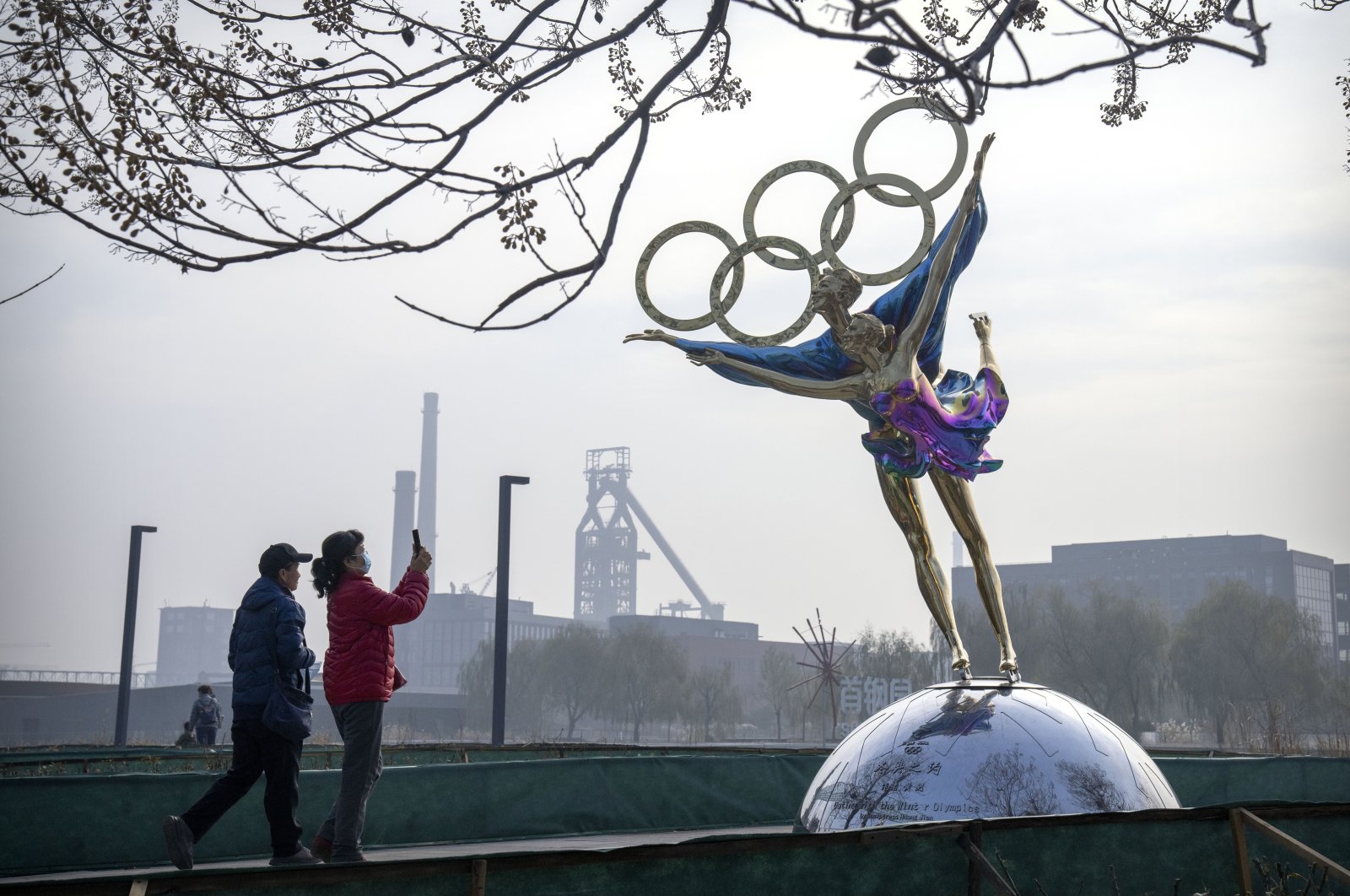 Visitors take photos of a statue of figure skaters with the Olympic rings at a park near the headquarters of the Beijing Organizing Committee for the Olympic Games (BOCOG) in Beijing, China, Nov. 18, 2021. (AP Photo)
by DAILY SABAH WITH AGENCIES Nov 18, 2021 10:06 pm

The United States is considering a diplomatic boycott of the Winter Olympics in Beijing, President Joe Biden said Thursday.

That is "something we are considering," Biden told reporters while meeting with Canada's prime minister, Justin Trudeau. The Beijing Olympics take place next February.

A diplomatic boycott would mean that a delegation of U.S. officials would not attend the opening of the Beijing Winter Olympics in February.

Governments typically send a high-ranking delegation of diplomats to opening ceremonies in a show of international support for the thousands of athletes from around the world who participate. The 2022 Winter Olympics run from Feb. 4-20.

Activists and some members of Congress from both parties have been pressing the Biden administration to diplomatically boycott the event.

The U.S. government accuses China of carrying out a genocide against Muslim ethnic groups in its western Xinjiang region, accusations that Beijing denies.