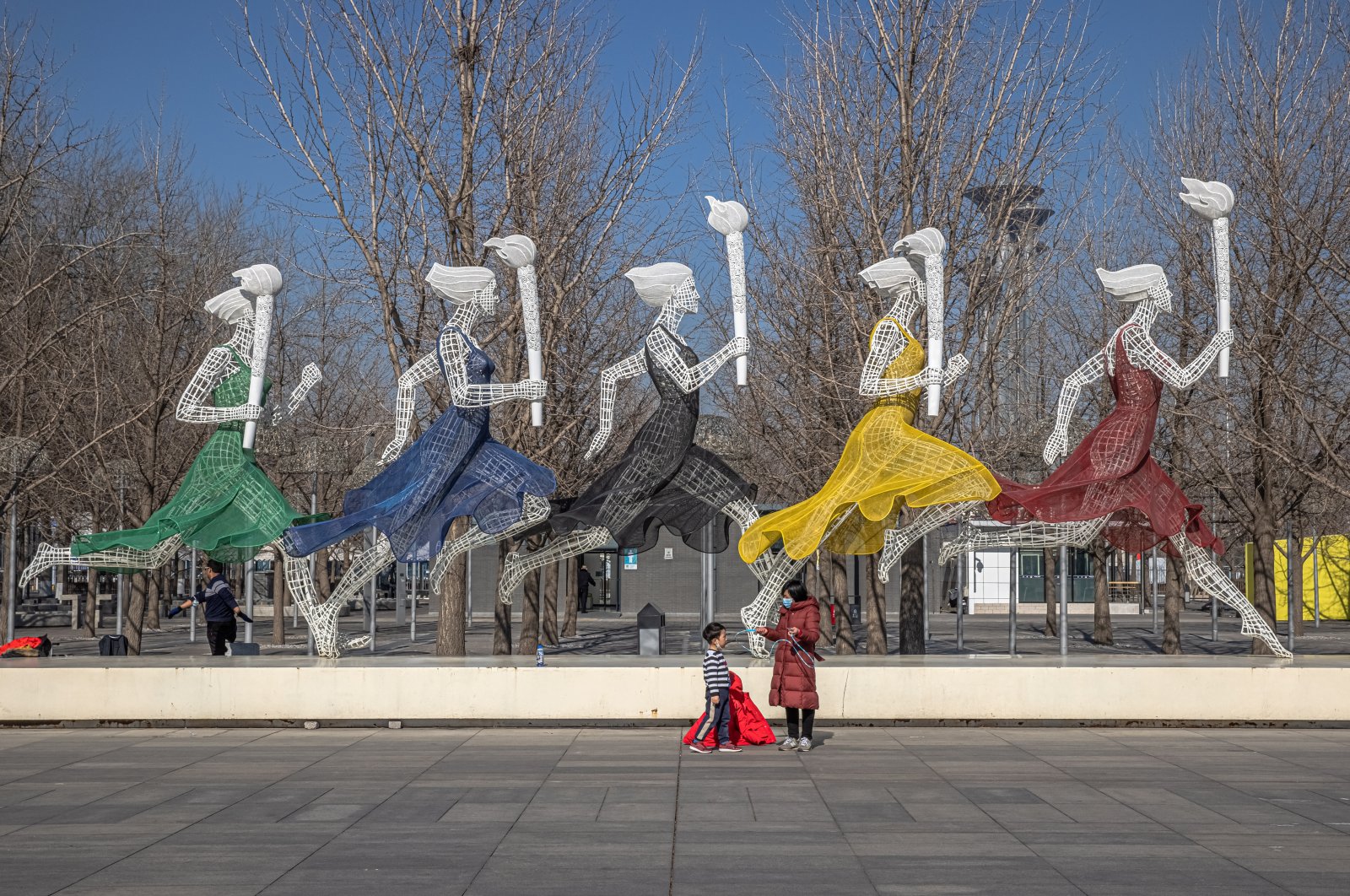 The countdown to the Beijing 2022 Winter Olympics hit the one-year mark Thursday with preparations overshadowed by the coronavirus and concerns over alleged human rights abuses, including mass incarceration of Uighurs in Xinjiang.

The Winter Olympics are scheduled to begin on Feb. 4, 2022, just six months after the Tokyo Summer Games, which were pushed back one year because of the pandemic.

With the global health crisis showing no signs of abating, Tokyo's fate remains uncertain despite Japan's insistence that it will go ahead.

China says its build-up has not been affected and all 12 competition venues – which include new sites and some revamped from the 2008 Summer Olympics – have been completed, according to state media.

On Wednesday, a coalition of 180 campaign groups demanded a boycott by world leaders "to ensure they are not used to embolden the Chinese government's appalling rights abuses and crackdowns on dissent."

A group of U.S. senators said Beijing should be stripped of the Games, although the White House said there was no change to the United States' official stance.

British Foreign Secretary Dominic Raab last October suggested the U.K. may boycott the Winter Olympics for the first time over China's treatment of the Uighur Muslims.

China has dismissed such calls, describing them as "very irresponsible" and politically motivated.

Striking an upbeat tone last month, President Xi Jinping said: "Not only will we host a successful Winter Olympic extravaganza, but also a spectacular Games with unique characteristics."

But the 12-month countdown to the first Winter Olympics in China looks set to begin with little fanfare.

In August 2007, one year before Beijing staged the 2008 Summer Games, an estimated 10,000 people packed Tiananmen Square for a spectacular ceremony.

The coronavirus makes large public gatherings impossible even though China, where the coronavirus emerged late last year, has brought the outbreak largely under control with lockdowns, mass testing and travel restrictions.

A recent small uptick in cases, including in the capital, has put China's ruling Communist Party on edge.

The local organizing committee failed to respond to requests for comment about how the ongoing health alert might impact the Games, including whether spectators might be barred.

The International Olympic Committee said in a statement to Agence France-Presse AFP that it is "identifying possible scenarios we may face in Beijing next year."

A "task force" including IOC, Chinese and World Health Organization (WHO) officials "is closely monitoring the global health situation, advancement and distribution of vaccines, testing methods and other major health and hygiene developments in relation to COVID-19," it said.

China hopes the Games will boost the popularity of winter sports at home and show the country in a positive light abroad.

But there is growing international concern over human rights, in particular the fate of China's Uighur minority.

Rights groups believe that at least 1 million Uighurs and other Turkic-speaking Muslims are incarcerated in camps in the western region of Xinjiang.

China is accused of compelling Uighurs to parrot Communist propaganda and renounce Islam, forcibly sterilizing women and imposing a regime of forced labor, all in an alleged effort to eradicate their identity.

After initially denying that the camps existed, China's government abruptly acknowledged them, saying they were vocational training centers aimed at reducing the appeal of Islamic extremism.

The IOC told AFP that concerns raised by campaign groups, including over rights, "were and are raised with the government and local authorities."

"The Olympic Games are the world's most powerful symbol of unity in all our diversity," the IOC said.

But Sophie Richardson, China director at Human Rights Watch, said the already poor rights environment has deteriorated "exponentially" since the 2008 Beijing Games, which were seen as a coming-out party for the world's most populous country.

"At minimum the IOC has to be honest about the context in which these Games will take place," she said.