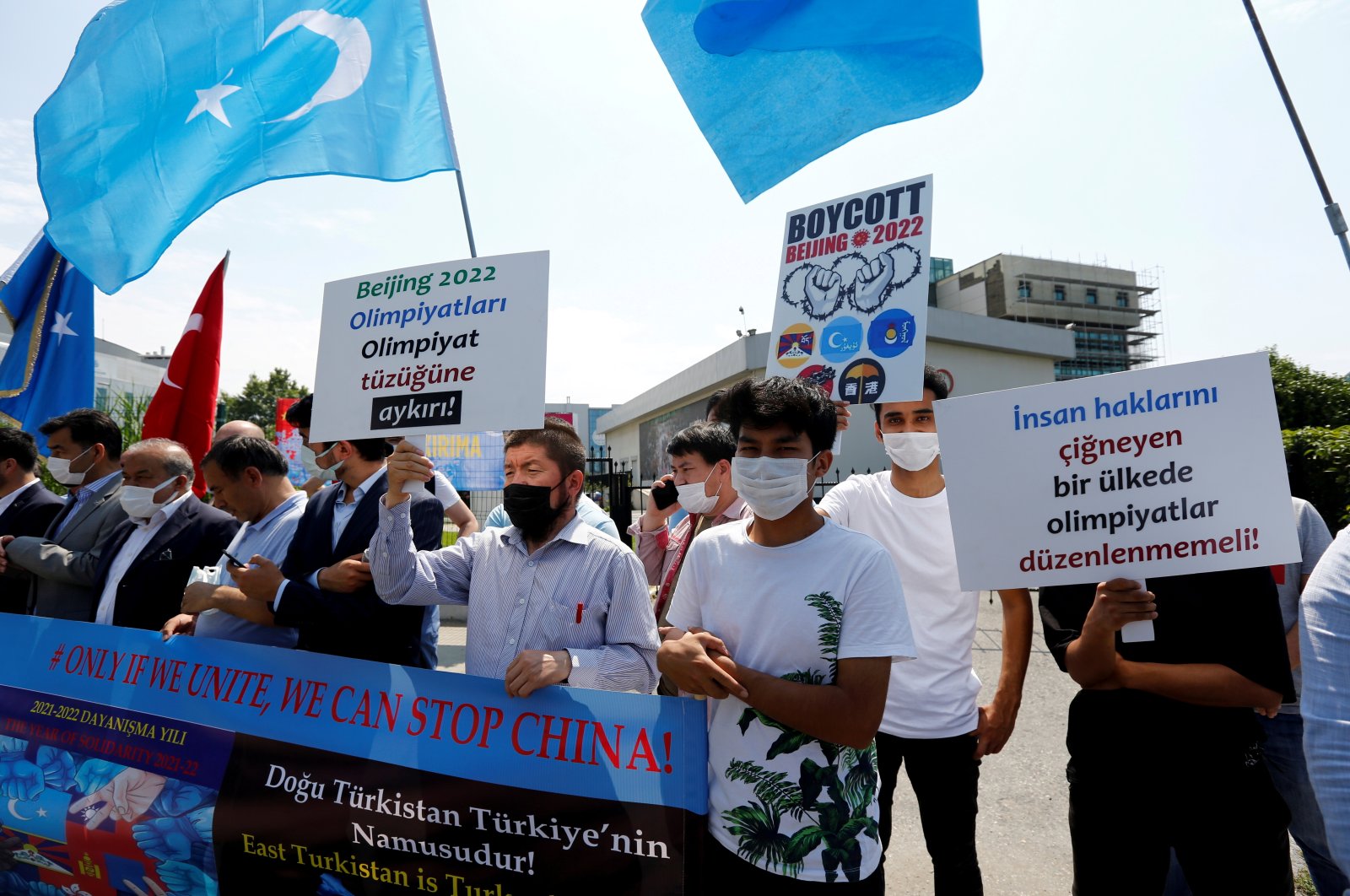 China's Muslim Uyghur community living in Turkey expressed support for the U.S.' boycott of the Winter Games in Beijing as they urged other countries to do the same.

The White House said on Monday U.S. government officials would boycott the Winter Olympics because of China's human rights "atrocities," although U.S. athletes were free to travel there to compete.

Many Uyghurs reside in Turkey, with whom Turks share ethnic, religious and linguistic connections. About 50,000 Uyghurs are believed to live in Turkey, the largest Uyghur diaspora outside of Central Asia.

One 40-year-old Uyghur woman in Istanbul said she welcomed the U.S. action. "China these days is carrying out a genocide against Uyghur Turks as everyone knows, killing millions of people there," said Amine Wayit, who spoke in Istanbul's Zeytinburnu district where she sells Uyghur goods.

"In such a situation it is ridiculous to hold an Olympics there in China and in my view it is like pouring scorn on the whole world's humanity," she said. "It would be right for the whole world to stage a boycott, not just America."

Chinese authorities reacted with anger to Washington's move. The United States has betrayed Olympic principles and will have to "pay a price" for its diplomatic boycott of the Winter Games in Beijing, China said on Tuesday, as key Western allies hesitated in deciding whether to follow the U.S. lead.

U.S. President Joe Biden's administration highlighted as the reason for its boycott what Washington calls genocide against minority Muslims in China's far western region of Xinjiang.

"I think this is the start of the reaction. Maybe other countries will afterwards join the boycott decision which America has launched," said Abdusselam Teklimakan, a Uyghur who is chairperson of the East Turkestan New Generation Movement group.

"This will increase the number of countries on the side of the East Turkestanis and weaken the hand of China."