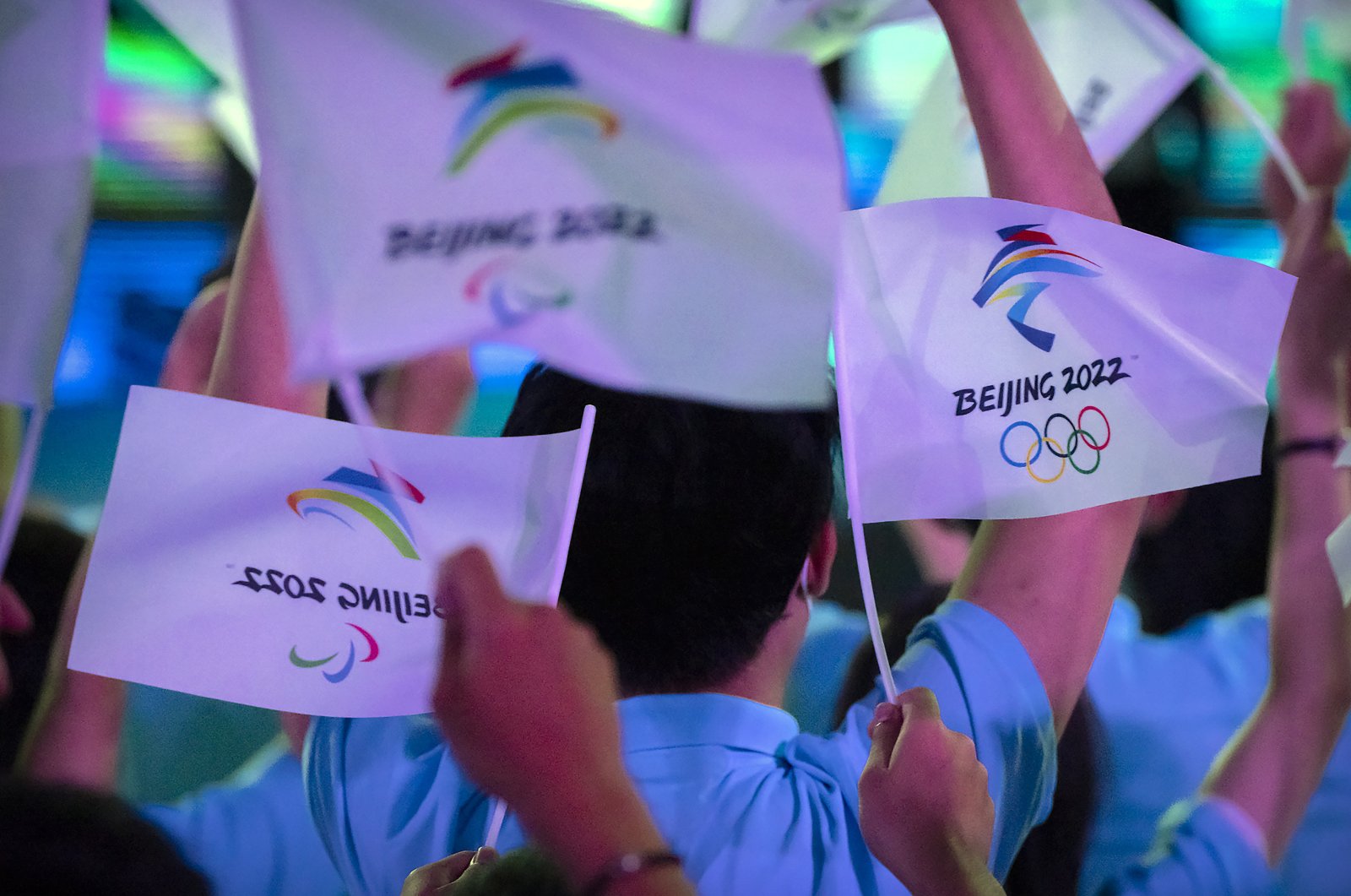 China lashed out at the U.S. after Washington announced it will boycott the Beijing Winter Olympics, a move that could trigger a chain reaction with the potential of spoiling the February event

Washington’s decision to impose a diplomatic boycott of the Beijing Winter Olympics could harm the relations between China and the U.S., the Chinese foreign ministry warned on Tuesday, as it called for politics to be kept out of sports.

On Monday, the White House said U.S. government officials would boycott the 2022 Winter Olympics in Beijing because of China's human rights "atrocities," although U.S. athletes are free to travel there to compete. The step, encouraged for months by some members of Congress and rights advocacy groups, came just weeks after talks between leaders Joe Biden and Xi Jinping that aimed to ease tense relations between their nations.

The United States' "plot" of trying to disrupt the Olympics was doomed to fail, leading to a loss of "moral authority and credibility," Zhao told a regular media briefing in the Chinese capital, Reuters reported.

He urged the U.S. to stop bringing politics into sports, adding that the boycott went against Olympic principles.

Lijian’s comment came amid a barrage of Chinese criticism of the announcement by the Biden administration.

The Chinese Embassy in Washington tweeted that politicians calling for a boycott are “doing so for their own political interests and posturing."

“In fact, no one would care about whether these people come or not, and it has no impact whatsoever on the #Beijing2022 to be successfully held," the embassy said.

China's mission to the United Nations called the boycott a “self-directed political farce."

“The U.S. just wants to politicize sports, create divisions and provoke a confrontation," it said, according to The Associated Press (AP).

It wasn't clear what officials Washington might have sent, and Zhao said no invitation had been extended by China.

"Our position is that the Olympic Games should be free of politics," Kremlin spokesman Dmitry Peskov told reporters.

He said that it was positive, however, that participants were not impacted by the decision.

"What's most important in the Olympics is that the athletes are not affected," Peskov said.

Washington’s decision to keep U.S. athletes out of the boycott – at least for the time being – was welcomed by the International Olympic Committee (IOC).

"The presence of government officials and diplomats is a purely political decision for each government, which the IOC in its political neutrality fully respects. At the same time, this announcement also makes it clear that the Olympic Games and the participation of the athletes are beyond politics and we welcome this,” the IOC said.

Several other nations meanwhile have expressed concern as well, but they stopped short of announcing their own boycotts.

"Canada remains deeply disturbed by the troubling reports of human rights violations in China. We were notified of the U.S. decision and we will continue to discuss this matter with our partners and allies," Canada’s foreign ministry said.

U.K. Deputy Prime Minister Dominic Raab said he will skip attending the event, and Britain will in due course consider whether or not to impose a diplomatic boycott.

"I was asked whether I will go, I will not go and we'll consider that (the level of wider representation) in due course," Raab said.

Japanese Prime Minister Fumio Kishida said he would act in line with what is best for his country.

"We will consider matters such as the meaning of the Olympic Games and our diplomatic relations, and would like to make our own decision based on what is best for our national interest," he said.

"Our position is that the Olympic Games should be free of politics," Kremlin spokesman Dmitry Peskov told reporters.

He said that it was positive, however, that participants were not impacted by the decision.

"What's most important in the Olympics is that the athletes are not affected," Peskov said.

As nations continue to discuss whether to follow in U.S.’ footsteps and it remains to be seen if the boycott against the event will widen, February's Beijing Olympics have been overshadowed by several controversies.

Here is a glance at the issues plaguing the Winter Olympics.

There was grave international concern for the former world No. 1 doubles player Peng Shuai after she made sexual assault accusations on social media against a former top Communist Party politician.

The 35-year-old – a three-time Olympian – was not heard from for nearly three weeks, and her claims were rapidly censored. The United Nations, U.S. and Peng's fellow tennis stars all voiced fears for her whereabouts.

Peng later appeared on state media in several videos and held a video call with IOC President Thomas Bach in which she said she was safe and well; however, concerns remain.

Campaigners say that at least 1 million Uyghurs and other Turkic-speaking, mostly Muslim minorities have been incarcerated in camps in China's northwestern region of Xinjiang.

Human rights groups and foreign governments have found evidence of what they say is mass detentions, forced labor, political indoctrination, torture and forced sterilization. Washington has described it as genocide.

After initially denying the existence of the Xinjiang camps, China later defended them as vocational training centers aimed at reducing the appeal of extremism.

China has also consistently railed against what it calls the "politicization of sport."

Activists unfurled a Tibetan flag at the Olympic flame-lighting ceremony in Greece.

Tibet has alternated over the centuries between independence and control by China, which says it "peacefully liberated" the rugged plateau in 1951 and brought infrastructure and education to the previously underdeveloped region.

But many exiled Tibetans accuse the Beijing government of religious repression, torture and eroding their culture – part of broader fears for human rights in China.

There has also been international concern about a clampdown in Hong Kong, which China is remolding in its own authoritarian image after huge and often violent pro-democracy protests in the city two years ago.

The coronavirus has loomed large over the buildup to the Beijing Olympics, which take place just six months after the pandemic-delayed Tokyo Summer Games.

China has managed to restrict domestic infections to small clusters through aggressive lockdowns and mass testing, but Beijing organizers have admitted that protecting the Games from the coronavirus is their "biggest challenge."

The Winter Olympics will be held in a "closed loop" – a strict bubble insulating athletes from the outside world for the whole Games. Only people living in China will be allowed to attend as spectators.

The estimated 2,900 athletes must be fully vaccinated or face 21 days in quarantine upon arrival. They, along with media and others in the bubble, will also be tested daily.

Entry into the Chinese capital has already been tightened.