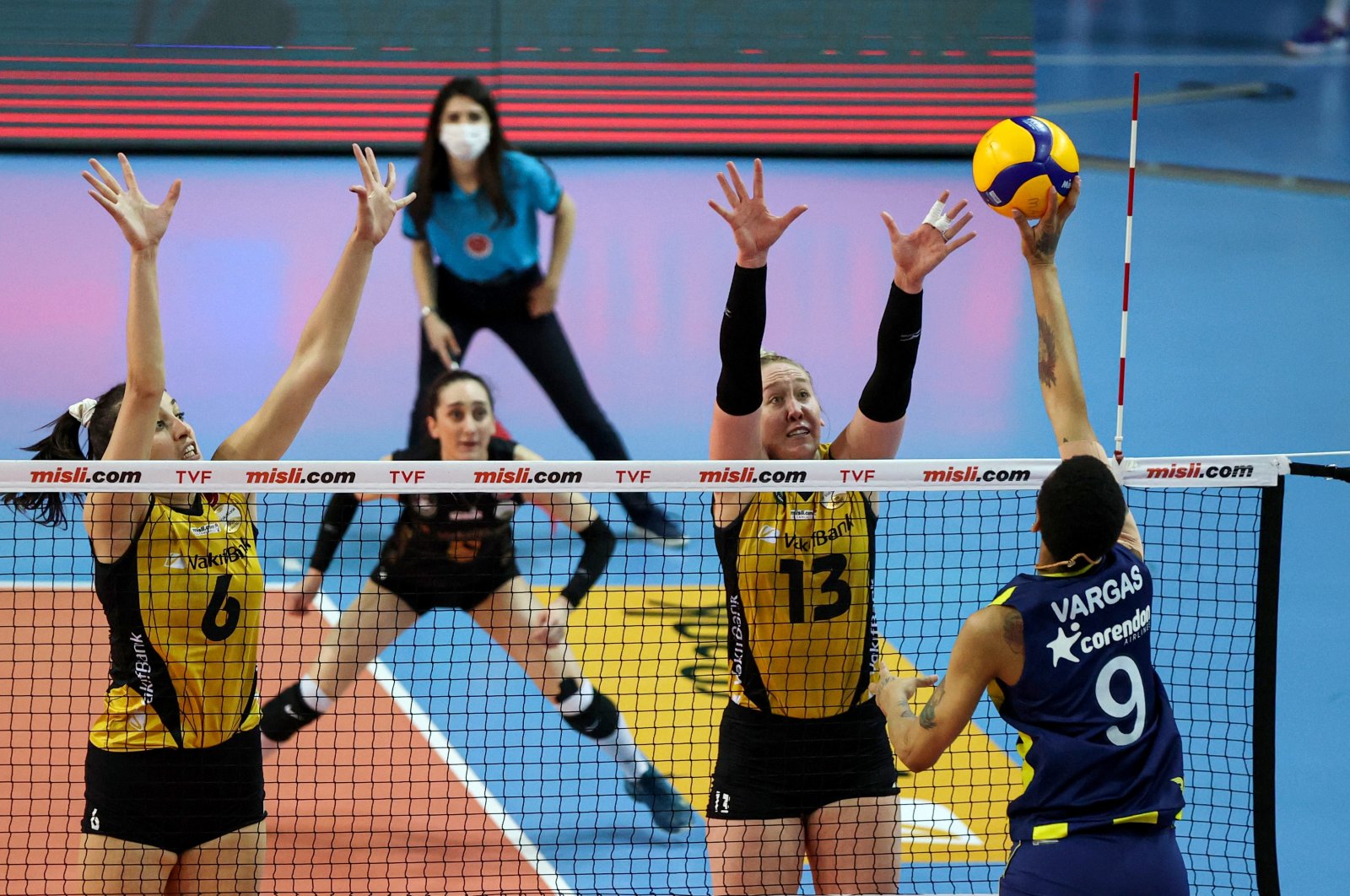 VakıfBank will likely be crowned champion of the Turkish Women's Volleyball League for the 2020-2021 season as playoff rival Fenerbahçe will be missing the third game in the playoff series over positive COVID-19 cases in the squad.

Fenerbahçe Opet said in a statement Thursday that the team has a total of 12 cases among the team, including eight from players and four from the coaching staff, and they don't have enough players to field a squad for the third game scheduled for Friday.

The decision to skip the game means that VakıfBank, having a 2-0 lead in the series, will win the third game and this year's title since the Turkish Volleyball Federation (TVF) had ruled not to postpone games for playoff series.

The Yellow Canaries said that the cases initially began during the Turkish Cup and CEV Champions League, and increased during the domestic playoff series. The team was already missing five players during Tuesday's second playoff game, it added.