With a year to go, much remains uncertain of postponed Olympics 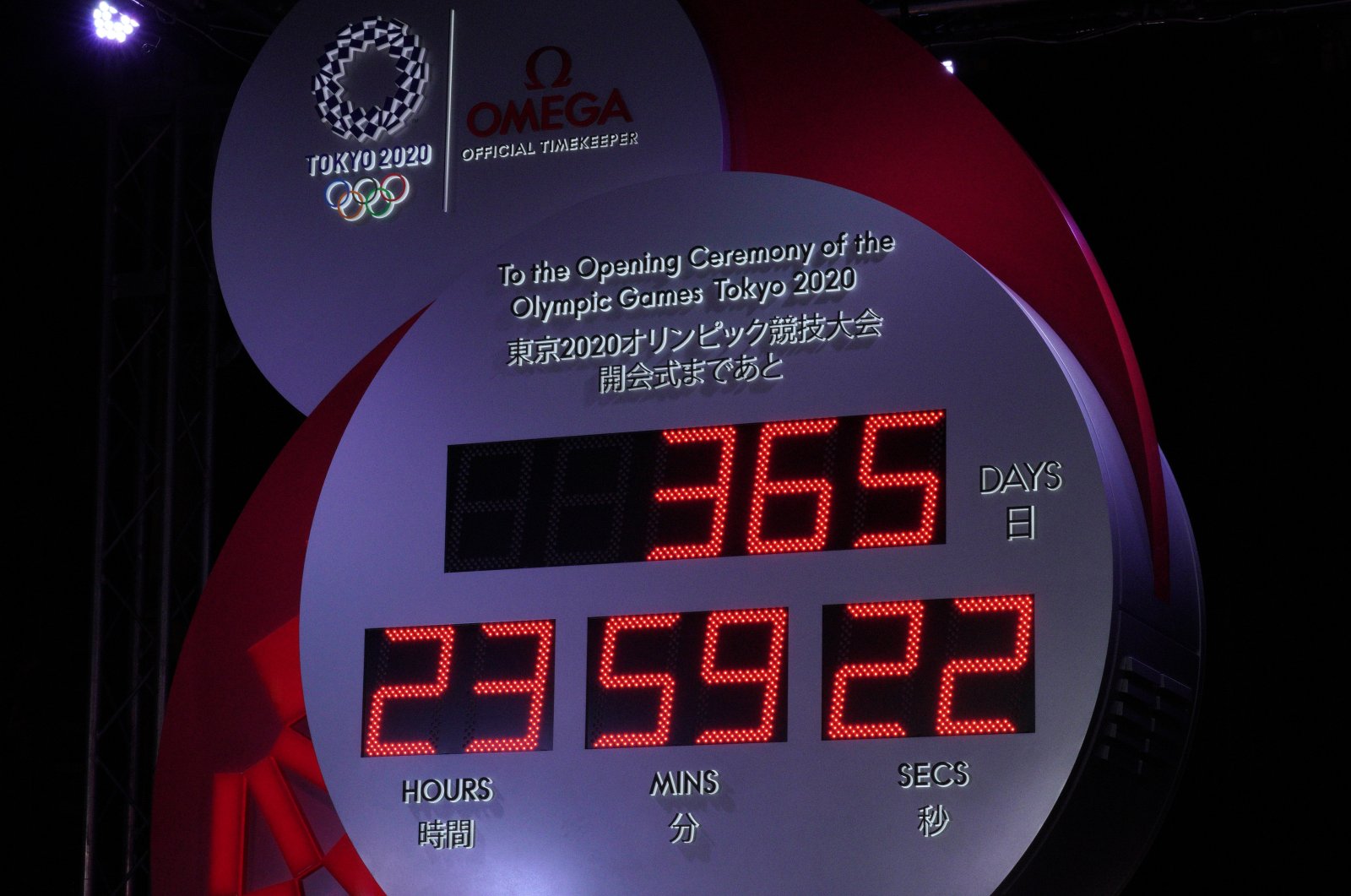 The unveiled countdown clock is shown during Tokyo 2020 Countdown Clock presentation to mark exactly one year until the opening of the Summer Games, Tokyo, Japan, July 24, 2019. (AP Photo)
by REUTERS Jul 21, 2020 12:08 pm

From financial costs to safety of athletes in the face of the coronavirus pandemic, questions remain about how the IOC will pull off the monumental task of rearranging Tokyo 2020 Olympics

Tokyo 2020 organizers will host celebrations marking the one-year countdown to the Olympics on Thursday but with the postponed Games still shrouded in uncertainty they are sure to be more muted than the first attempt 12 months ago.

On July 24 last year, International Olympic Committee (IOC) President Thomas Bach presided over a glitzy ceremony in the Japanese capital and declared Tokyo the best prepared host city he had ever seen.

Even six months ago, when fireworks exploded over a giant, luminous set of Olympic rings in Tokyo Bay, organizers were still bullish that their huge financial investment would deliver an unforgettable Games.

Just two months later, however, plans that had been almost a decade in the making were shredded as the COVID-19 pandemic forced the IOC and Japanese government to take the unprecedented decision to postpone the Olympics for a year.

Since the postponement in late March, all 42 venues for the Games have been secured and the competition schedule announced, with the opening ceremony set to take place at the 156.9 billion yen ($1.44 billion) National Stadium on July 23.

Beyond that, though, questions remain about almost every aspect of hosting what Bach calls the "most complex event on this planet."

The head of the IOC's Coordination Commission John Coates has said rearranging the Games meant focusing on the "must haves" in a simplified event.

What has yet to be decided is how much rearranging the Games is going to cost the Japanese taxpayer.

The IOC have said their share of the costs will be some $800 million but organizers have repeatedly refused to put a number on the final bill for Japanese stakeholders.

The Games were already set to cost over 1.35 trillion yen before the postponement and increased expenditure might further alienate a public already turning their backs on an Olympics they once embraced enthusiastically.

A recent poll conducted by Kyodo News found that fewer than one in four favored holding the Games as scheduled next year.

A third believed the Olympics should be postponed again – which Bach has warned is not an option – with another third wanting the Games canceled outright.

In addition to costs, three major issues dominate any conversation on the rearranged Games – athlete safety, spectators and sponsorship.

Organizers have said all efforts will be made to ensure the 11,000 athletes will be able to travel safely to Tokyo and compete in world class surroundings.

As expert after expert has pointed out, however, it is difficult to see how this can be accomplished without the development and global distribution of an effective COVID-19 vaccine.

The same is true of the desire to have thousands of spectators in the stadiums to cheer on those athletes.

Loss of ticket revenue would be a major blow to the organizing committee and that would be compounded if they cannot keep on board the record-breaking number of Games sponsors.

A poll conducted by Japanese public broadcaster NHK last month found two-thirds of Tokyo 2020's corporate sponsors were undecided on whether to continue their support.

The challenges facing Olympics organizers are unprecedented but under questioning from athletes, fans and sponsors, they know they need to find some answers soon.