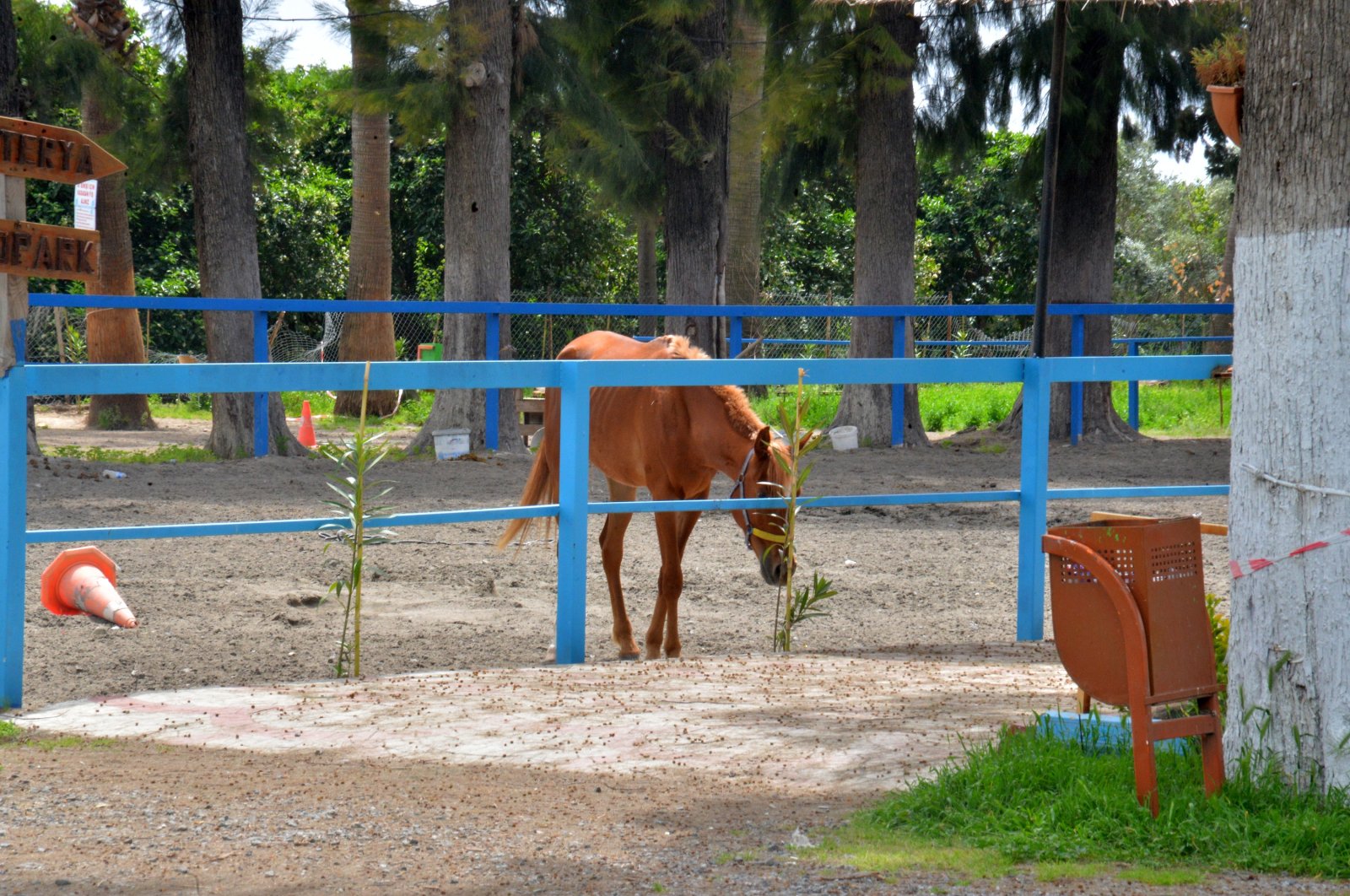 The controversy over 100 horses sent by Istanbul's municipality to a town in southern Turkey continues to linger and the investigation over their fate has forced a mayor to step down. Two people who run a horse farm told investigators that they acquired the horses but they abandoned them later and did not know where they had gone.

The investigation showed that a municipal employee had given the horses illegally to his friends' farm. Currently, the whereabouts of the horses is unknown.

The Istanbul Metropolitan Municipality (IBB) had delivered horses to several municipalities across the country after a ban on horse-drawn carriages was enacted on the city’s Princes’ Islands in 2019.

Running a horse farm, A.E. and C.C. – only the accuseds' initials were made public – reached out to the mayor of Dörtyol, a district in Hatay, a southern province near the Syrian border, with the help of their friend who works at the municipality. They asked him to request 20 horses from IBB, since only institutions can apply for horse adoption.

The IBB sent 100 horses to Dörtyol municipality in August 2020, and one died while en route to the district. The head of the veterinary department said that they were not aware of what happened to the horses and learned about them only after two municipal council members notified him.

According to the investigation, A.E. and C.C. acquired 50 horses to use at their farm for touristic purposes.

Later on, the horse farm went bankrupt as the number of visitors decreased dramatically due to pandemic restrictions. A.E. and C.C. called the officials and told them that their horses ran away and are now lost.

There is no clear information about what happened to the 49 horses that came in the first shipment, but it is thought that they shared the same fate as the horses from the second shipment.

While the public debates continue, Dörtyol Mayor Fadıl Keskin – who said he only signed documents to receive the horses and for their delivery to horse farms and horseback riding venues – stepped down and resigned from the Nationalist Movement Party (MHP).