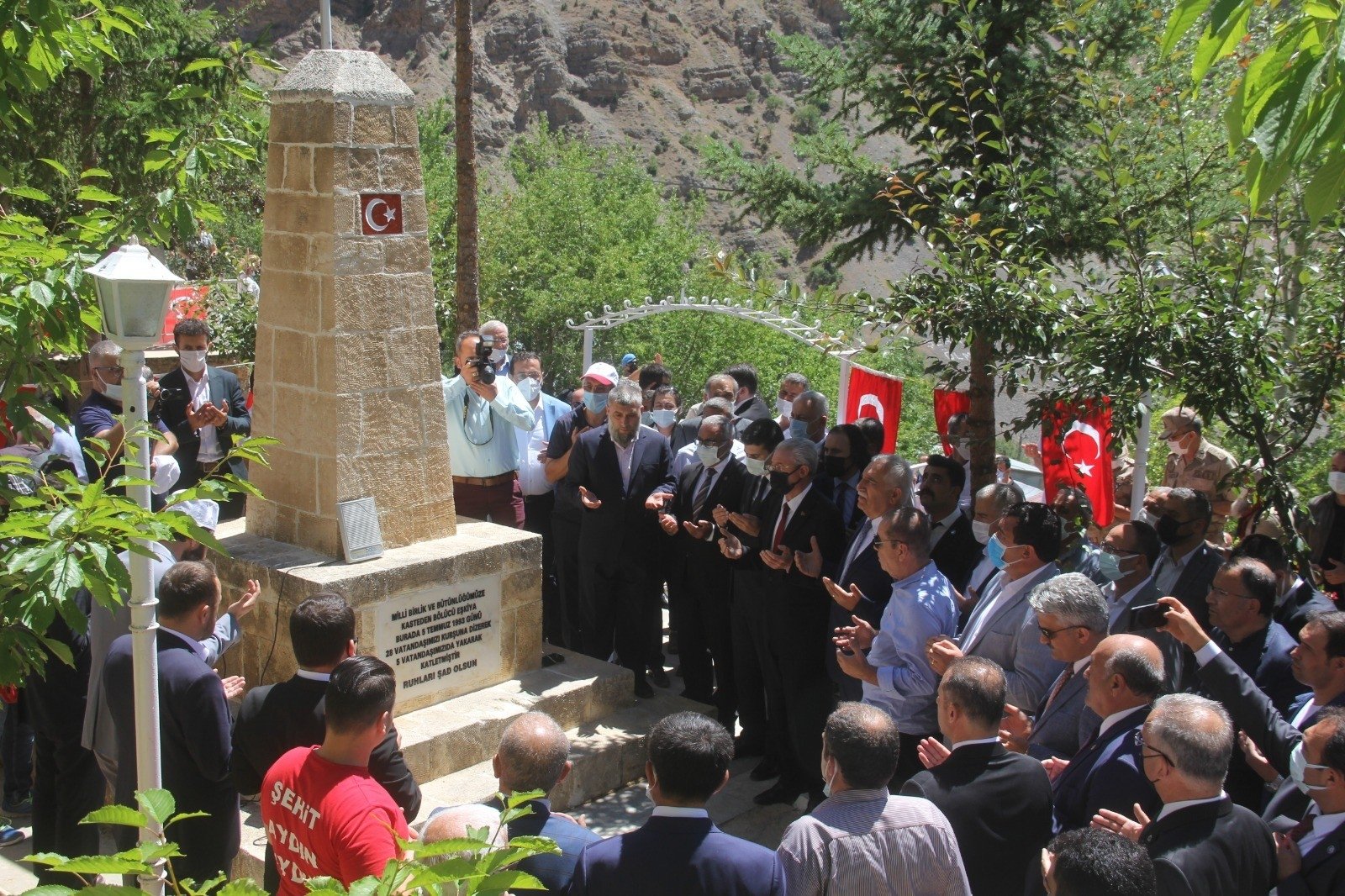 In July 1993, Turkey was rocked by two massacres in the span of three days. First, 37 people died when an angry mob set a hotel on fire in the central Sivas province. Three days later, 33 people were killed by the PKK terrorist group in Başbağlar, a village some 325 kilometers (around 202 miles) east of Sivas.

On Monday, residents of the village, accompanied by lawmakers and local officials, gathered around a monument erected in the memory of victims to mark the 28th anniversary of the bloody day.

“The massacre and other terrorist attacks in Turkey since had the same purpose, sowing seeds of separatism among our people, to weaken the state,” said Ali Akarpınar, mukhtar of Başbağlar, which is located in the eastern province of Erzincan. Akarpınar had survived the massacre with wounds.

The Başbağlar massacre, which targeted a Sunni-majority village, was allegedly in response to the Sivas massacre that targeted a group of Alevi intellectuals. Today, it is viewed as the work of the “deep state,” a shady network that was not uncovered in full yet but is believed to be behind a string of killings and other crimes in the 1990s.

Several people were arrested for inciting riots that led to the Sivas massacre though most were released later. Similarly, 20 were arrested after the Başbağlar massacre but 18 were later released. Critics of both trials claim the real culprits were never brought to justice.

The massacre began hours after a group of PKK militants raided the village. Eyewitnesses say militants rounded up the men at the village square and executed them following a speech on how they would be punished for “killing people in Sivas.”

Twenty-eight men were killed by gunshots while five others, including women, were killed when terrorists torched houses in the village. The jailed PKK leader Abdullah Öcalan had blamed a “regional” representative of the terrorist group for the massacre. A trial on the massacre ended with non-prosecution for all defendants except two in 1998.

Politicians and officials issued messages to commemorate the massacre Monday. Turkish Presidency Communications Director Fahrettin Altun said in a tweet that they still feel the pain of the incident.

Numan Kurtulmuş, deputy chair of the ruling Justice and Development Party (AK Party) said they were remembering the victims of both the Sivas and Başbağlar massacres. “We curse the people who sowed seeds of chaos by inciting separation based on ethnic and sectarian identities of our nation,” he said.

Kemal Kılıçdaroğlu, head of main opposition Republican People’s Party (CHP) said in a tweet about the massacre that he condemned terrorism and wished that such a tragedy never occur again on these lands.