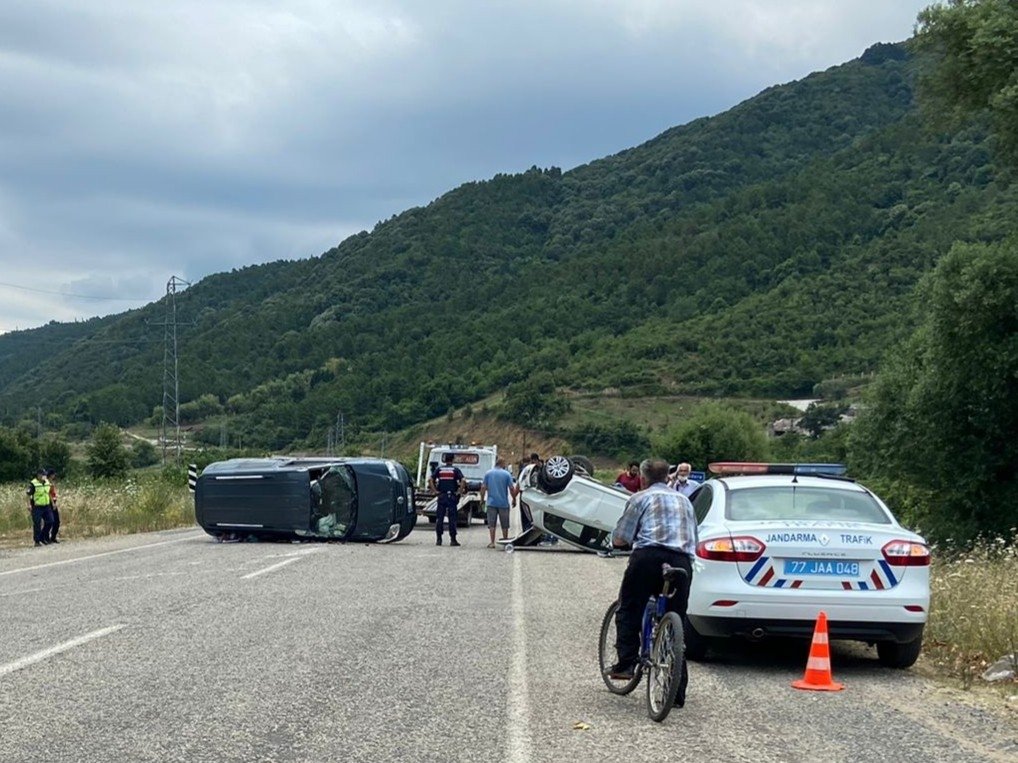 Damaged cars are seen at the scene of a traffic accident in Turkey's northwestern Yalova province on July 25, 2021. (IHA Photo)
by Daily Sabah with Agencies Jul 25, 2021 2:47 pm
RECOMMENDED

The nine-day Qurban Bayram (Eid al-Adha) holiday came to an end on Sunday as people flocked back to big cities from their hometowns across Turkey, resulting in scores of casualties as has become a grim trend over the years.

This year’s Qurban Bayram saw 46 people killed and 341 people wounded as millions of Turks took to the roads to visit their hometowns for Eid, or to vacation in the country's many resort towns like Bodrum, Fethiye and Çeşme.

With so many vehicles on the road, traffic accidents are inevitable and every year dozens fall victim. The Interior Ministry had issued lengthy instructions to security forces in charge of the enforcement of traffic safety rules to reduce the number of accidents this year.

Meanwhile, governors and mayors of cities in the south, popular among holidaymakers, warned vacationers to book hotels and other venues before heading out as all accommodations were fully booked for the holiday.

The Interior Ministry announced recently that extraordinary measures to prevent traffic jams and accidents would remain in place until Monday.

More than 226,000 police officers were on duty across the roads. Road safety inspections were concentrated on particularly busy roads and “black spots” where accidents are frequent.

As with last year’s bayram, authorities did not impose any COVID-19 restrictions because of a decline in the number of cases and an increasing number of vaccinations.

On July 1 the country lifted curfews and most restrictions, except the mandatory mask rule. However, experts have repeatedly warned holidaymakers to avoid crowded places.