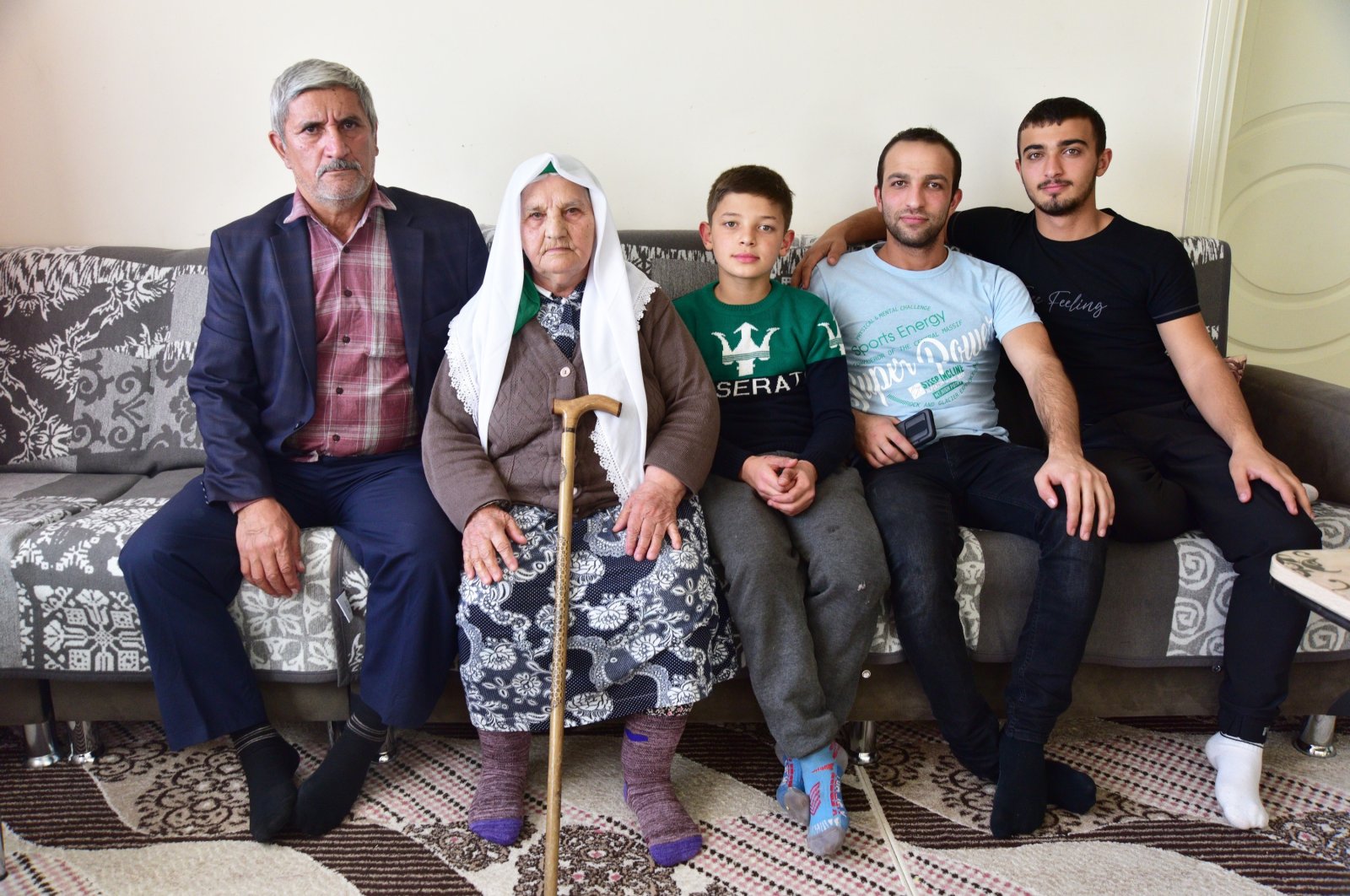 In just 23 years, the Ahıska exile will have happened 100 years ago, but the pain is still as fresh as ever. The forced exile has come to define a Turkic community that is still suffering from its psychological ramifications

Ahıska Turks, who were forced to leave their homeland in 1944 by late Soviet dictator Joseph Stalin, marked on Sunday the 77th year since their exile.

Brought to Turkey from Ukraine and settled in eastern Bitlis province in 2016 per the instructions from President Recep Tayyip Erdoğan, the Ahıska still suffer the pain of exile from when they were deported from their homeland in 1944 under Soviet rule.

Some 72 Ahıska Turks families have continued to live in the Ahlat district after arriving five years ago.

Simizar Mehmetoğlu, 81, who was exiled with her family at the age of 4, told Anadolu Agency (AA) that they were hungry, thirsty and naked in exile.

Mehmetoğlu said she could not go to school, could not find her mother and did not see her father after soldiers took him.

She said she and her siblings were first exiled to Uzbekistan when they were young. "I entered Uzbekistan young and left old. There are no moms and dads. We lived as orphans in Uzbekistan for 40 years," she said.

Mehmetoğlu recalled that they went to Ukraine after Uzbekistan. From there, they were brought to Turkey upon instructions from Erdoğan. "May Allah be pleased with those who helped us. May the gates of paradise be opened for them," she said.

Saniye Binali, 65, who was born in exile, said she went through very painful years during the exile.

"My flesh trembles when I recall it (the exile) now. We lived well in Uzbekistan, where I was born. I studied until the 10th grade. I got married there and have four children. When the Fergana events broke out in 1989, they tortured us a lot," she said, referring to the massacre of hundreds of Ahıska Turks by native Uzbeks. "From there we went to Ukraine, Azerbaijan and Russia. Finally, I returned to Ukraine. Then we came to Turkey."

Yaşar Hüseyin, 61, said his family will not leave Turkey, adding they love the country.

History of the exile

After World War I, the region, which was now within the Soviet Union, was given to the Georgian Soviet Socialist Republic. This marked the beginning of many years of suffering for Ahıska Turks, like many other Turkish and Muslim communities in the USSR.

Under Stalin, the Soviet authorities claimed that the Ahıska Turks had collaborated with Nazi Germany in World War II, when in reality they had actually been on the frontlines with the Russians.

According to reports from international organizations and other sources, 550,000-600,000 Ahıska Turks currently live far from their homeland.

Some have made their way to Turkey, while others are in Kazakhstan, Azerbaijan, Russia, Uzbekistan, Kyrgyzstan, Ukraine and the United States.

Georgia has failed on its part to take concrete steps to resolve the issue despite a law it enacted in 2007 on the return of Ahıska Turks.

Their return to their homeland, which has been on the agenda for decades since the dissolution of the USSR, has not been resolved since.

Millions of other Muslim or Turkic peoples, including Crimean Tatars and northern Caucasian peoples such as Chechens, were also subjected to forced deportations by the Soviets in 1943 and 1944 over accusations of collaborating with invading Nazi Germany.

Hundreds of thousands died on the road to Central Asia and Siberia, while survivors were not allowed to return to their homeland until the late 1980s.

Turkey has been actively involved in facilitating the Ahıska Turks' return to their homeland, as well as granting citizenship to tens of thousands of people.

In December 2015, Turkey received the first group of 677 families of Meskhetian Turks from Ukraine. They were flown to Turkey and accommodated in new residences built for them on orders from the presidency.

Turkey has also granted citizenship to over 40,000 Ahıska Turks so far.

In January this year, which saw increased numbers of COVID-19 infections worldwide, Turkey also sent medical supplies to Ahıska Turks living in Kyrgyzstan to help their fight against coronavirus.

The aid sent by Turkey's Foreign Ministry arrived in the Kyrgyz capital Bishkek.

The campaign was carried out in coordination with the World Union of Ahıska Turks (DATUB), headquartered in the Turkish metropolitan city of Istanbul.

Yekta Kamil Noyan, Turkey's acting charge d'affaires in Bishkek, handed over the supplies – which consisted of 20,000 surgical masks, 1,200 N95 face masks, 1,500 protective overalls, seven thermometers, a ventilator, 115 face shields and medicine boxes – to the Ahıska Turks' Association in Kyrgyzstan to be distributed among the people.

Atamsha Dursunov, head of the Association of Ahıska Turks, said medical supplies sent by Turkey are very important in the fight against COVID-19.

He also thanked the Turkish administration, the Foreign Ministry and DATUB.

In 2019, a group of 40 Ahıska Turks living in Kazakhstan also returned to their homeland in Georgia's Meskheti region after 77 years with the support of Turkey's state-run agency.

They paid a visit to the abandoned houses and the graves of their ancestors and also visited monuments and prayed for those Ahıska Turks who died 77 years ago during exile from the ancestral lands.

The delegation was accompanied by Sadyr Eibov and Ismail Ahmedov, officials of the World Union of Ahıska Turks.