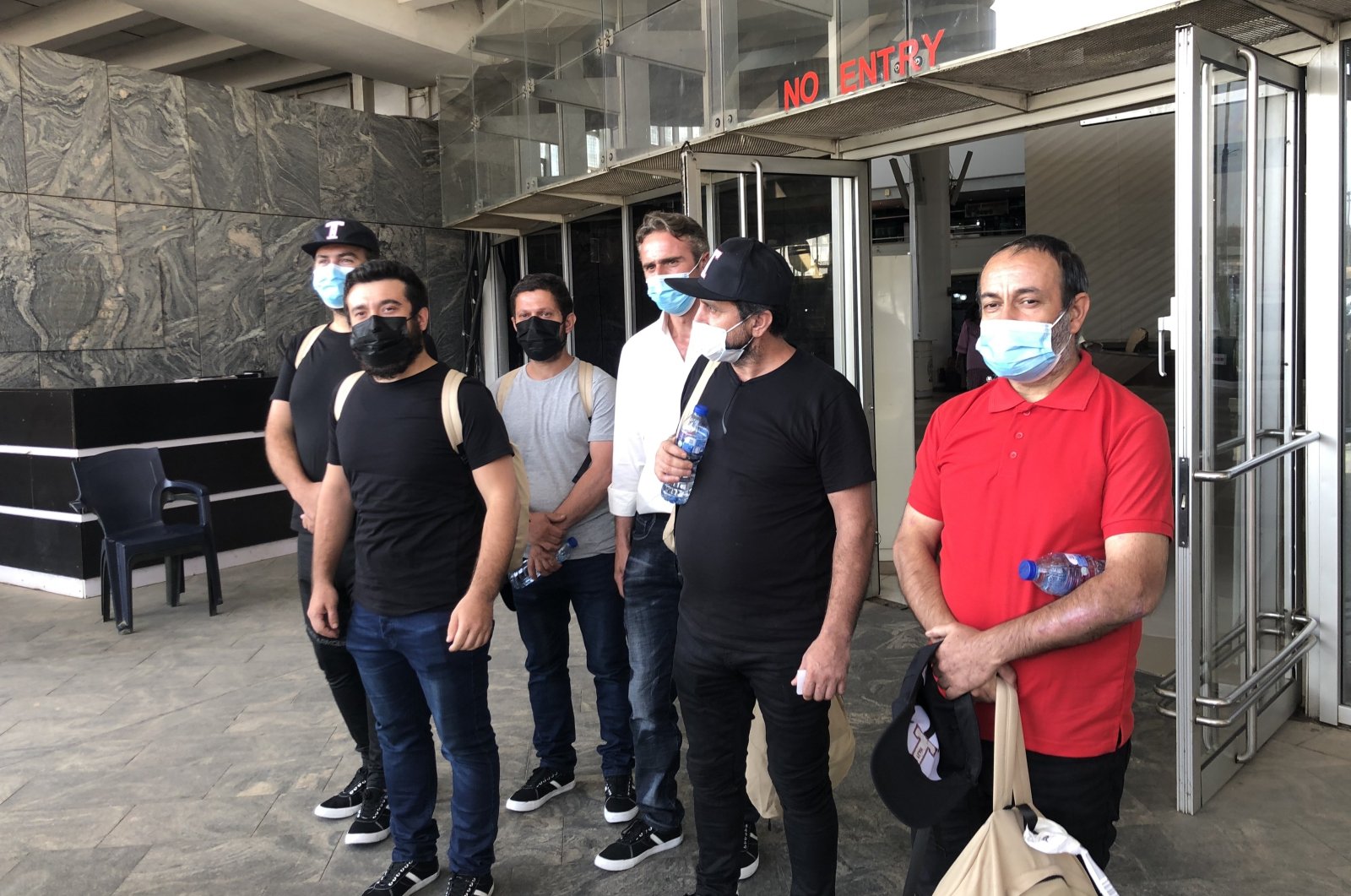 All 15 Turkish sailors who were rescued after being kidnapped at sea were brought Saturday to the Nigerian capital Abuja guarded by local security forces, safely reaching the Turkish embassy in the city.

Initially, six crew members were brought to the embassy on Saturday afternnon and the remaining nine also joined them couple of hours later.

Turkish Ambassador to Nigeria Melih Ulueren, Turkey’s National Intelligence Organization (MIT) members and embassy officials welcomed the crew members, who were kidnapped when their cargo vessel was attacked by pirates off Nigeria and rescued on Friday.

Upon their arrival at the embassy, the sailors spoke to their families over the phone.

Speaking to Anadolu Agency (AA), Ulueren said that they could finally stop worrying. “We are very happy to see our citizens among us in good health.”

Mesut Meral, one of the rescued crew members, said: “Everything is fine. I can tell the families in Turkey that they shall not be sad, we will return to our country soon.”

In the pirate attack on Jan. 23, 15 of the Liberian-flagged ship Mozart's 19 crew members were abducted, while one of them, an Azerbaijani national, was killed.

Following the attack, the ship anchored at the nearby Port-Gentil, but with only three of its surviving crew members on board. They were brought to Turkey on Jan. 30. The Turkish sailors were freed this week, a shipping company executive said on Friday.

The vessel was managed by Borealis Maritime, a firm based in London and Hamburg, Germany.