Another forest fire breaks out in Turkey’s Dalaman 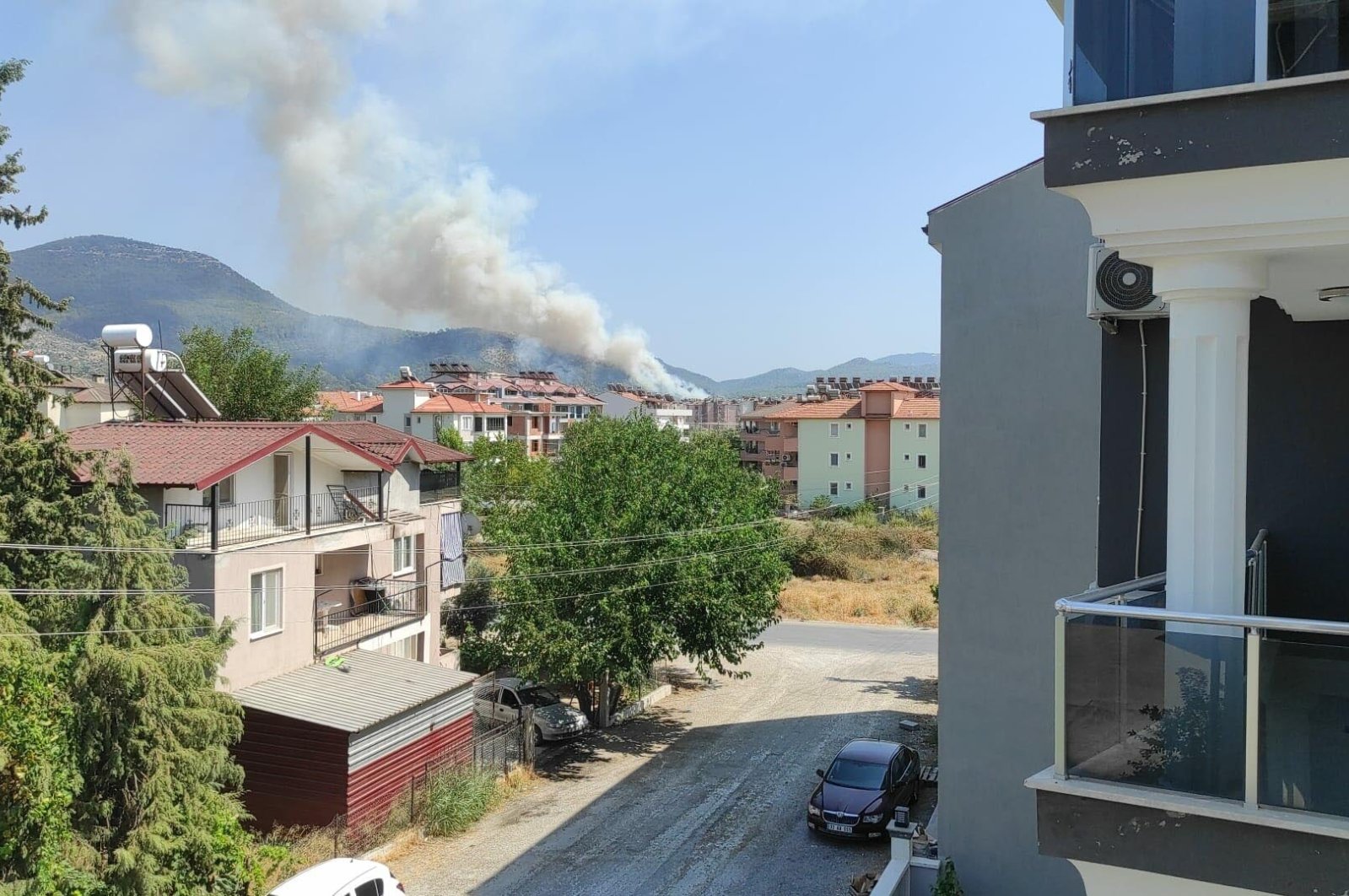 As Turkey continues its battle against forest fires, another broke out in blaze-hit Muğla province’s Dalaman district on Sunday.

According to information from Demirören News Agency (DHA), the fire broke out at 3 p.m. local time (noon GMT) in the Cafer neighborhood of the district.

The area is situated across from Dalaman Airport, DHA said in the report.

Fire squads have been dispatched to the area, and the blaze is reported to be of no danger to the airport. Civilians are also helping the efforts to put out the fires, DHA said.

As forest fires continue threatening Turkey, countries have lined up to offer their condolences, messages of solidarity and airplanes to help the country fight the fires.

Strong winds and scorching heat have prolonged the fires, which are mostly raging in and near popular vacation destinations, including Marmaris in Muğla and Manavgat in Antalya. Flames advanced toward residential areas for days, prompting the evacuation of hundreds of people. In rural neighborhoods of Antalya, dozens of houses were devastated by the fires, leaving a large number of people homeless. Fires in Antalya and Muğla have left at least eight people dead.