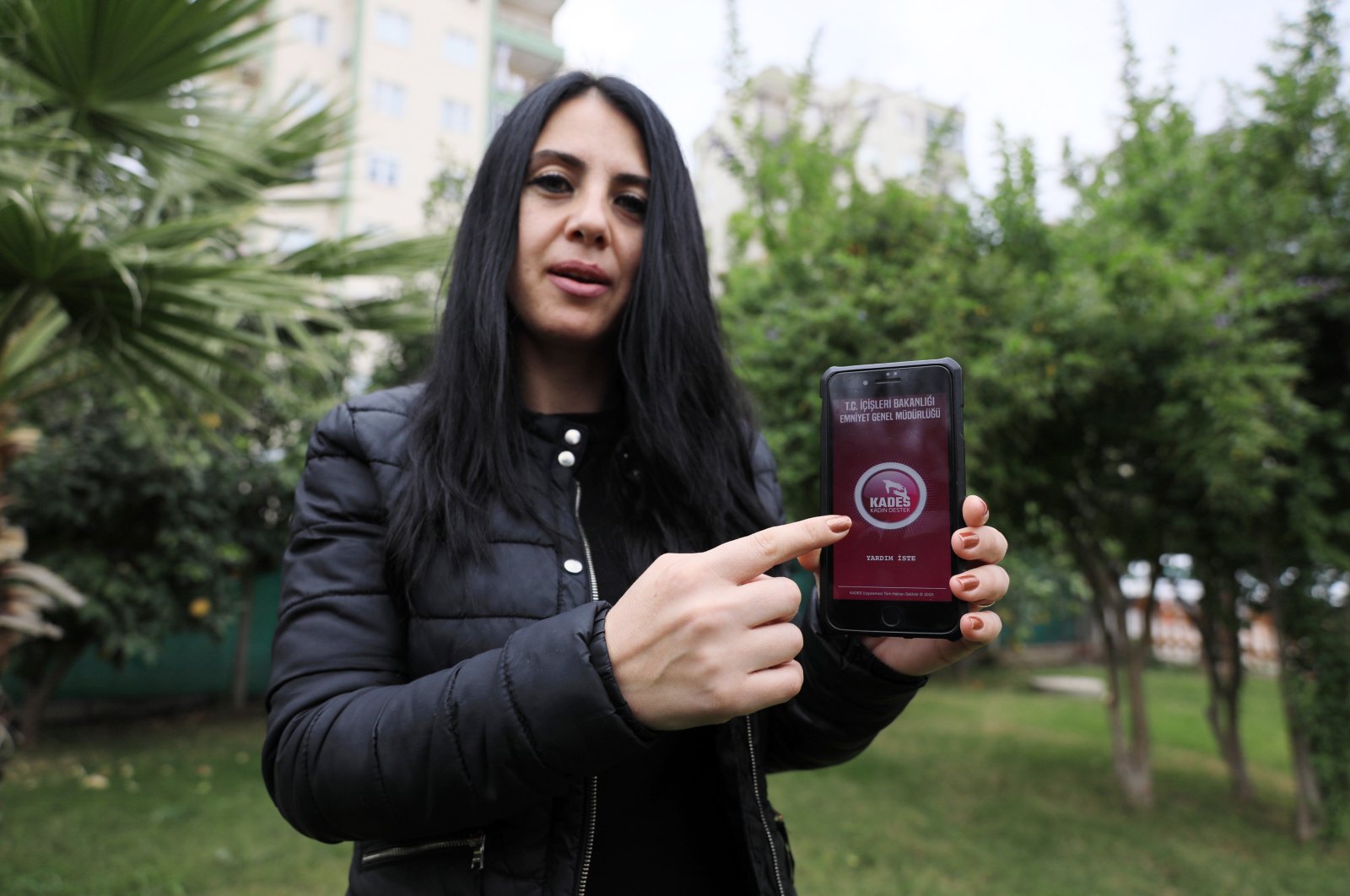 It has been three years since the Interior Ministry introduced the Women Emergency Assistance Notification System (KADES), and the latest figures from the ministry give promising results. The app, which allows women to notify security forces immediately in case of domestic violence, was downloaded more than 2.6 million times. A ministry statement announced that it received 227,936 emergency calls from users, and all were responded to.

The simple app available for all smartphone operating systems serves as a panic button for women who face domestic violence or fear a possible assault from their violent partners. The ministry says the average response time of police and other security officials to any call is four to five minutes. The ministry said they also actively track perpetrators of domestic violence through the Electronic Bracelet Monitoring Center, which monitors movements of people slapped with restraining orders after domestic violence cases.

Domestic violence and femicides plague Turkey despite measures being introduced over the years. Dozens of women are killed every year, and in October alone, 18 women fell victim to femicides across the country. No exact figures are available on domestic violence cases as women suffering beatings and torture at the hands of boyfriends, husbands, both current and ex, often fear filing criminal complaints due to potential reprisals. In some cases where complaints are filed, women withdraw them later as they have to rely on their violent spouses since the perpetrators are the only breadwinner in the family. Some well-documented femicides drew public ire, leading to rallies by women’s organizations against the violence. However, the issue thrives due to a warped mindset among perpetrators, justifying violence with “jealousy” and “honor” in cases of cheating spouses.

A parliamentary committee tasked with investigating domestic violence and femicides is set to release a report containing proposals to resolve the issue. The Sabah newspaper reported on Sunday that the report included radical proposals such as allowing spouses to check each other’s criminal background before marriage and issuing certificates to future couples after participating in a prenuptial education program on family life.

One proposal involves establishing a ministry solely dedicated to fighting against domestic violence and promoting gender equality, as well as the establishment of specialized courts dedicated to those cases. Another proposal by Esin Kara, a lawmaker from the Nationalist Movement Party (MHP), calls upon making available to couples before marriage the criminal records and health records that show a tendency towards violence.

“Every driver is obliged to obtain a psychiatric assessment report before he/she is issued a driving license. The same can apply to marriages,” Kara is quoted by Sabah. She also suggested teaching anger management to children starting from primary school.

Tuba Vural Çokal, a lawmaker from the ruling Justice and Development (AK) Party backed the idea and called for the facilitation of divorce procedures and making marriage procedures “harder.” She also called for the employment of a psychiatry expert to tackle domestic violence cases and potential cases in every neighborhood clinic.

Öznur Çalık, also of the AK Party and chairperson of the parliamentary committee, says all couples seeking to marry should undergo “education” for a healthy marriage free of violence. “We have to end the mindset that sees a spouse as forever his/hers,” she is quoted by Sabah.