Baby flamingos in Turkey learn to fly at ‘natural school’ 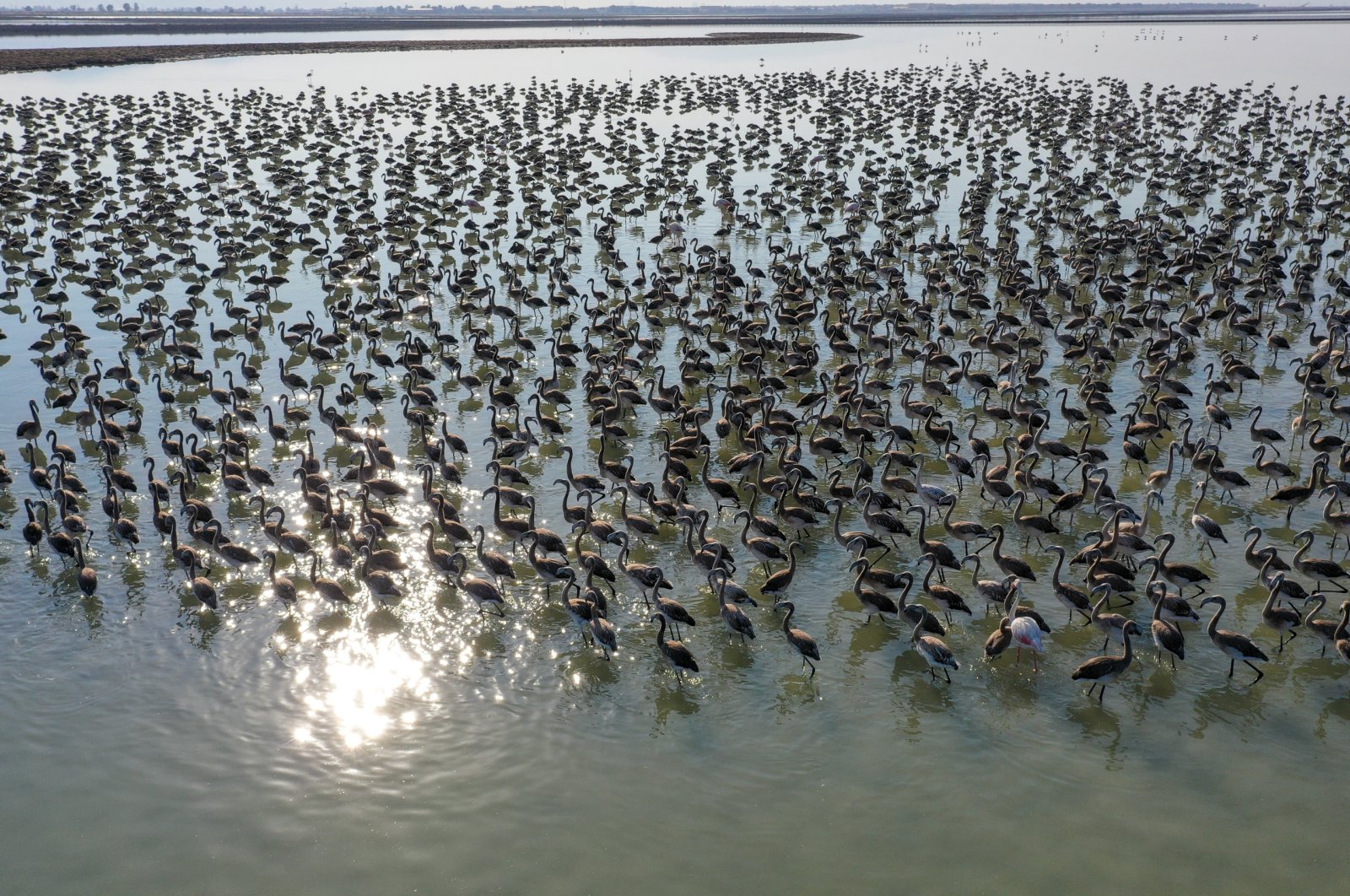 Izmir Bird Sanctuary, in the eponymous western Turkish province, hosts one of the leading breeding sites in the world, with some 18,000 flamingos that hatched two months ago. These young flamingos are now learning to fly at “natural school” located at the Gediz River Delta.

The sanctuary, one of two breeding sites in Turkey, disappeared over time due to erosion from waves. In 2012, the world’s biggest artificial breeding island, encompassing an area of 6,500 square meters (70,000 square feet), was created. This helped the flamingos to recover in numbers.

The artificial island was cleaned of dangerous objects to protect the flamingos while they make their nests in preparation for the incubation period. The incubation island is reorganized each year by the General Directorate of Nature Conservation and National Parks. Since May, the island has hosted thousands of flamingos. Humans are not allowed to enter the incubation island.

The precise numbers of flamingos will be determined when they leave the island and the official counting of the nests begins. According to remote observations of the island, around 18,000 flaminglets were estimated to be born. After hatching, the young flamingos, who are a smokey black color for the first month, head to the water.They spend most of their time together in the water and near the island in their “natural school.” The youngsters spend their days wandering around the island feeding themselves. They also exercise while imitating the adults by sprinting in the water and attempting to spread their wings.

Celal Murat Aslanapa, field supervisor engineer of Izmir Bird Sanctuary, speaking to Anadolu Agency (AA), said: “This year the entire surface of the flamingo island is used for the incubation of flamingos, as it is so in each and every year. The youngsters have started their flying practices and in a month they will departure for the Gediz River Delta and other wetlands ... The island is surrounded by wooden fences in order to stop the wild animals from attacking the eggs. Surveillance cameras have been installed all around the island and they are being monitored by the Izmir Bird Sanctuary Visitor’s Center 24/7. The visitors can also watch the footage from the center,” Aslanapa added.

Turkey hosts popular stopovers for flamingos. However, an ongoing drought in Lake Tuz, one of those stopovers, had recently caused the deaths of a large number of birds.