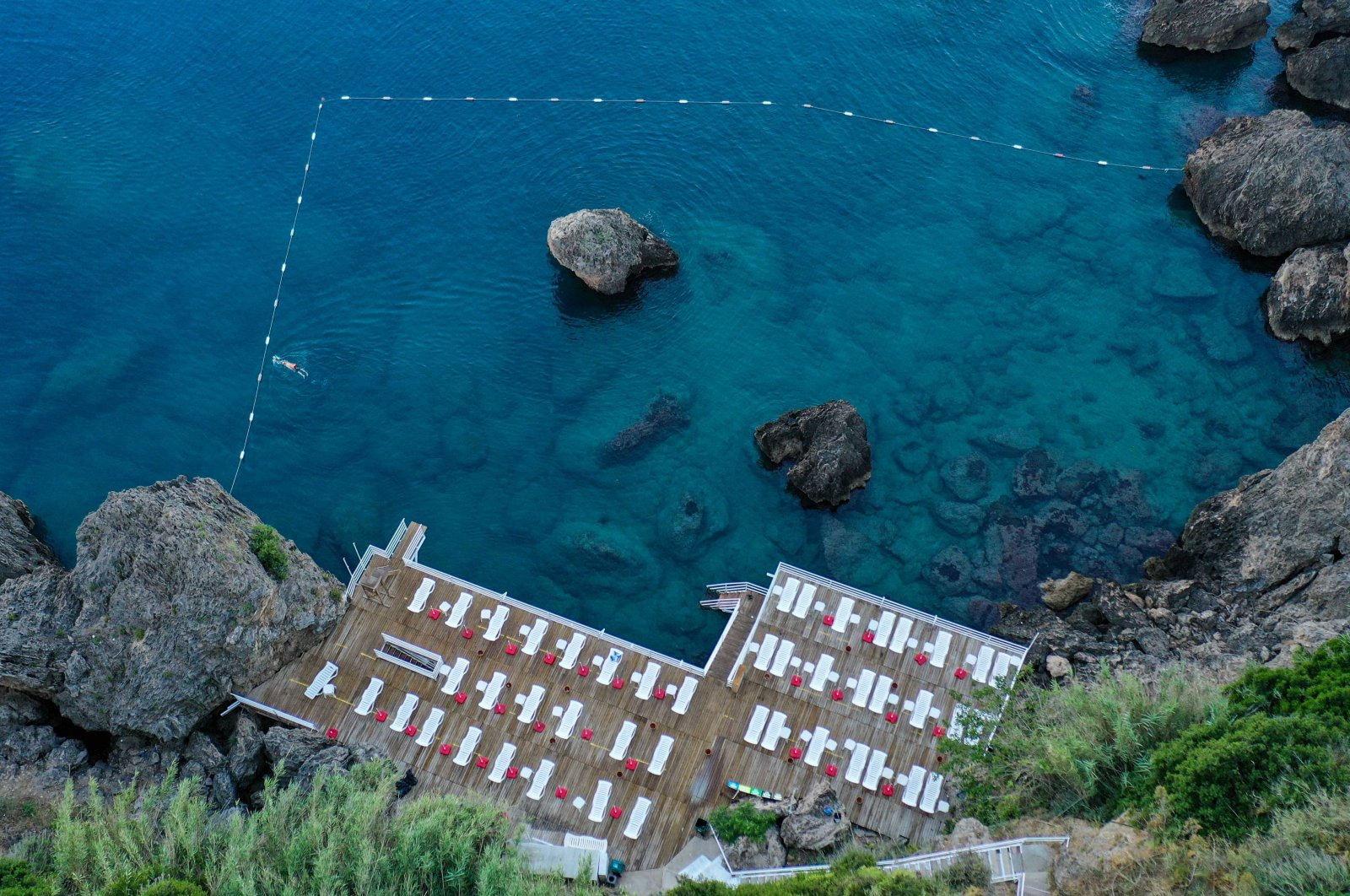 Regarded by many as one of the world's top tourism destinations, southern Antalya province, nicknamed "Turkey's tourist magnet," has retained its status as the region with the most Blue-Flagged eco-friendly beaches in the world, boasting a total of 213 shores.

According to the latest figures by the International Blue Flag jury, a total of 519 beaches in Turkey will fly Blue Flags this year. The country ranks third in the world after Spain's 614 Blue Flag beaches and Greece's 545.

Antalya retained its position as the city with the most Blue-Flagged beaches, increasing its total from 202 last year.

It was followed by the southwestern Muğla province, which has a total of 106 Blue Flag beaches, western Izmir with 66, southwestern Aydın with 39 and northwestern Balıkesir with 36.

The Blue Flag certification, an international program implemented in 47 countries, is an exclusive international eco-label given to beaches and marinas that meet certain criteria set by the International Foundation for Environmental Education, an independent nonprofit organization.

Mustafa Ergiydiren, the Antalya Blue Flag Coordinator for the Foundation for Environmental Education in Turkey (TÜRÇEV), told Anadolu Agency (AA) that the country's global ranking was a great success, especially for Antalya.

Ergiydiren said the city's considerable infrastructure facilities, as well as the quality of its beaches and businesses, played an "important role in Antalya being first in the world."

Underlining that precautions against the coronavirus were being meticulously implemented on Antalya's beaches, he said: "We've set additional criteria such as distance between sun beds, provision of sanitizer materials at the entrances of beaches, and the cleaning of showers and toilets at least once every half hour."

He emphasized that Blue Flag is the most well-known national and international environmental award, adding that locals and tourists were conscious of award-winning beaches, attaching more importance to them.

Ergiydiren said beaches must meet 33 criteria to fly a Blue Flag, stressing that environmental management and information, beach cleanliness and safety were a must for award-winning beaches.

"After we deliver the award, we don't let it go. We carry out surprise inspections. Inspectors from international organizations also come. They conduct separate inspections.

"If there are missing points in the criteria, we temporarily lower the Blue Flag. If the criteria isn't met in the given time, we cancel the award during the season, and announce this on our website," said Ergiydiren.

The award requires outstanding infrastructure investments, with good water analysis results over the past four years and all criteria met, he underlined.

The number of tourists coming from Russia to the Turkish Mediterranean resort town of Antalya doubled compared to a year ago despite Moscow’s decision last month to halt flights.

Antalya welcomed some 445,671 foreign visitors from January through April this year, and tourists from Russia alone accounted for some 296,131 of the overall figure, Antalya Provincial Directorate of Culture and Tourism data has shown.

Millions of Russian tourists travel to Turkey each year, and Moscow’s decision last month to halt flights from April 15 until June 1, citing growing COVID-19 cases, dealt a blow to the tourism industry.