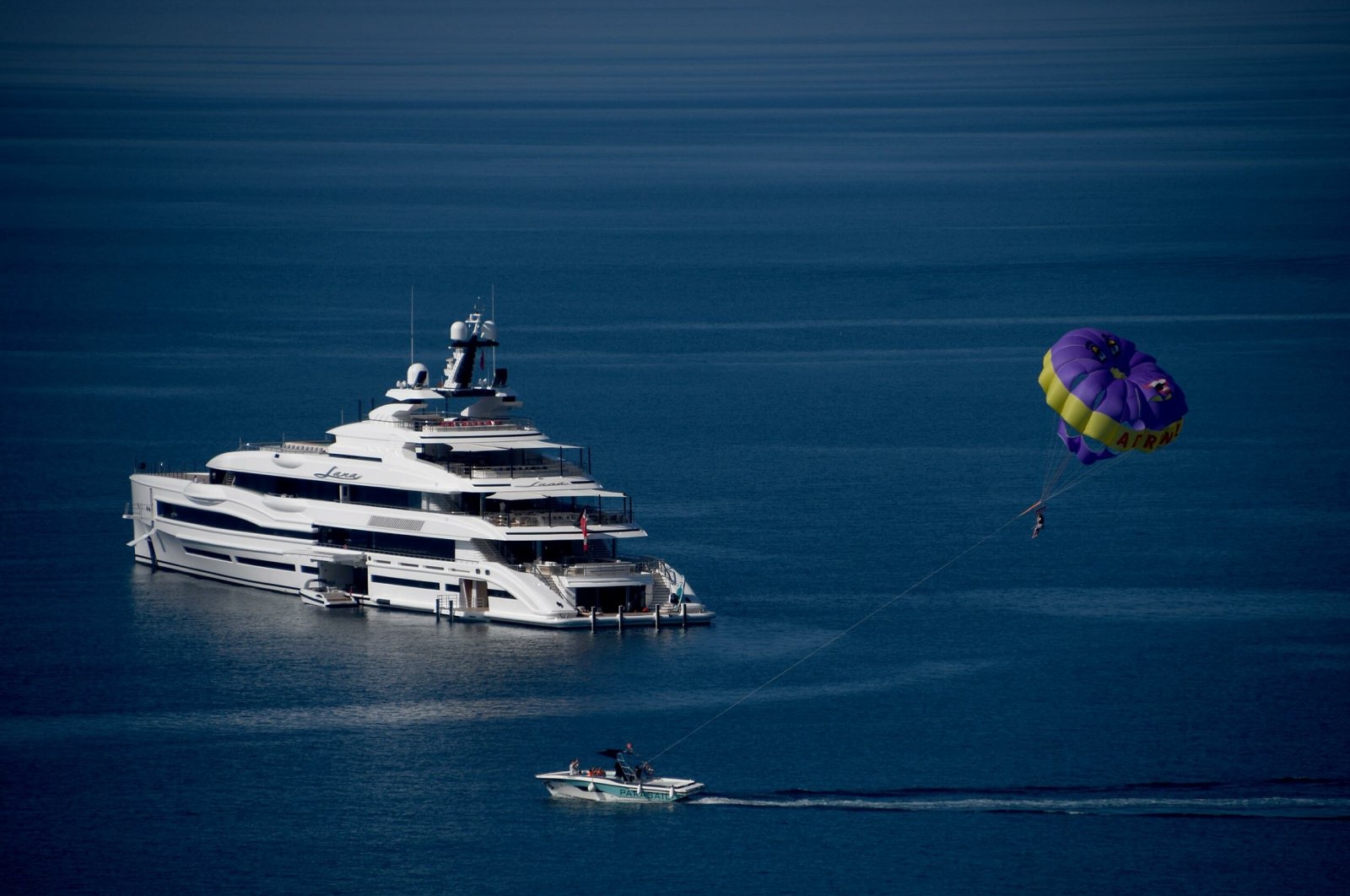 Microsoft founder and the world’s fourth-richest person, Bill Gates, visited the southwestern shores of Turkey with his super-luxury yacht on Friday.

Gates embarked on a tour of the Aegean aboard the luxury yacht Lana, along with the catamaran-class logistics support vessel, Wayfinder. The Cayman Islands-flagged luxury yacht was anchored off the Kuşadası coast of western Aydın province early in the morning.

After resting in the yacht for a while, Gates boarded a private helicopter for Meryemana House (House of the Virgin Mary) in the Selçuk district of Izmir, a western Turkish city where the Assumption, or bodily ascent, of Virgin Mary to heaven, is believed to have taken place.

He then visited Ephesus, an ancient settlement in Selçuk, with his private bodyguards. It was his second time visiting the House of the Virgin Mary. The American business magnate visited the site for the first time when he was in Marmaris, another popular vacation resort town in 2005, with his now ex-wife Melinda Gates.

In July this year, the billionaire also dropped by the Turkish resort town of Bodrum where he had dinner with friends.

The luxury yacht Lana was launched last year and its weekly rent is 1.8 million euros ($2.09 million). Media reports noted that his personal bodyguards and other personnel also escorted him aboard the logistics support vessel.

The House of Virgin Mary, a stone structure on the outskirts of Bülbül Mountain, has been a popular spot for Christian pilgrims since its discovery in the 19th century. It was discovered after a series of visions by 19th-century nun Anne Catherine Emmerich led priests to Ephesus. The house was built by the Apostle John for Mary, according to Emmerich, who was later beatified by the Vatican. The Catholic faithful believe the Virgin Mary underwent her Assumption – her death – in the house, which dates back to the Apostolic Age. Though the Vatican never openly acknowledged the place as the dwelling of the Virgin Mary, it was visited by three pontiffs in the 20th century and recently by former Pope Benedict XVI in 2006.