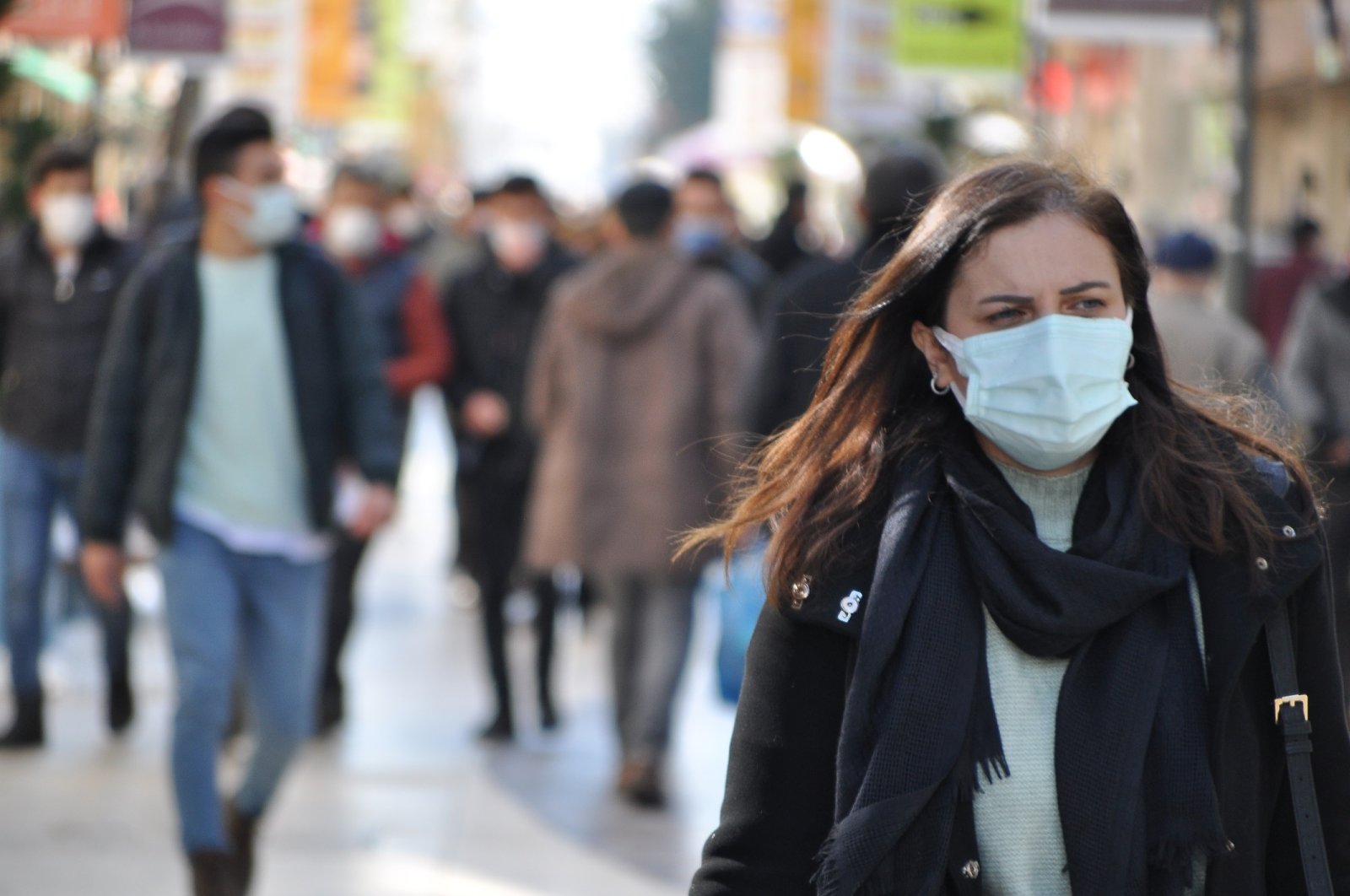 Five provinces in the Black Sea region marked their second-week with the highest number of average coronavirus cases, growing concerns ahead of a normalization process planned for March

Turkey next week will roll out a much-anticipated normalization process, by lifting restrictions in places with a low number of COVID-19 cases. The Black Sea region in the north, however, seems to be dragging its feet in meeting the numbers required to put an end to curfews and reopen businesses.

Five neighboring provinces in the region had the highest weekly average cases, according to Health Ministry data released late Tuesday. Ordu dethroned Trabzon, last week’s hot spot, as the province with the highest number of people infected with coronavirus, an average of 228.4, per 100,000 people. On a regional basis, the numbers did not change much as Şırnak and Hakkari, two neighboring provinces in southeastern Turkey again had the lowest number of cases per 100,000 people.

The numbers were announced on the day when daily cases surpassed 8,000 for the first time in weeks, after fluctuating to around 7,000. This paints a gloomy picture for the country which clings to strict measures and relies on ongoing mass vaccinations to curb the pandemic. Weekly cases were first released on Feb. 8. The following week's data showed that there were only two provinces with more than 200 cases per 100,000 people. The latest figures show that the number of those provinces now stands at five.

The factors that aggravated the number of cases vary for the Black Sea but experts link them mostly to people flouting the rules against the outbreak. In Ordu, 78 people were fined between Feb. 15-21 for violating rules like mandatory masks and social distancing.

Speaking at a meeting on the pandemic in the province, Ordu Governor Tuncay Sonel said most cases were “from same household and offices.” “They make up 80% of cases and we will step up inspections to prevent it,” he said. Sonel said they would also warn locals living in neighborhoods with a high number of cases against coronavirus via loudspeakers. “I plead to citizens to avoid visiting each other’s home. And please do not go to villages on the weekend,” he said, referring to locals who head over to the countryside to spend the 56-hour lockdown. Though the villages are viewed as more isolated, the arrival of people from the city causes crowding.

Professor Şevket Özkaya, who recovered from the coronavirus and attended to more than 8,000 COVID-19 patients at a private hospital said he worked in the Black Sea province of Samsun and the reason behind the increase in the number of cases are “mass activities” and the presence of “virus variants.” Speaking to Demirören News Agency (DHA) at his office in Samsun where the number of cases per 100,000 was near 203, Özkaya said variants may have played a key role in the rise.

“We used to have two people from the same family infected at most and others would be protected by self-isolating. But now we see the entire family contracting the infection at a much faster rate when one member of the family is infected,” he told DHA on Tuesday. “We see patients in a really bad state nowadays. This is also something to do with people’s lifestyle here. People of the Black Sea tend to live in close quarters, if not in the same home. Relatives tend to live all in the same apartment building and an entire village may be members of a one big, extended family,” he said. Özkaya also ties this proximity to the social features of Black Sea people. “They like to live fast, think fast and are very close to each other. They like to come close at weddings or funerals. They like helping each other without thinking about their own health,” he says.

Tokat, near the Black Sea region, Osmaniye in the south, Adıyaman in the southeast, Karaman, Konya, Aksaray in central Turkey and Sakarya in the northwest are provinces that have more than an average of 100 cases for every 100,000 people.

“We want extra measures,” Sefa Sağlık, a resident of Tokat says. Police and gendarme officers are now a ubiquitous presence in the province sandwiched between the Black Sea and Central Anatolia region. “Police should visit businesses more, to deter them from admitting more customers (which causes crowding). I see more people improperly wearing masks, below their noses. The summer is coming and more people will be outside. Without more measures, Tokat can come first in the number of cases,” he said.

Büşra Babacan, another resident of the province which has a population of more than 600,000 people, says she avoids going out unless necessary but laments the crowds and those who are out on the street. “We especially see elderly people going out more. Of course, they are tired of being at home and have a right to go out but I don’t know how the number of cases will drop,” she said. Senior citizens and children are subject to a countrywide curfew at all times, except a few hours during the weekdays.

Turkey will switch to a color-coded model in March. Each province will be classified in different color-coded categories, based on the level of risk and progress in vaccination. Thus, rather than a national, immediate normalization, authorities plan to lift restrictions on a regional basis. Public health boards in each of the 81 provinces will be responsible for ending restrictions, including weekend and weekday nighttime curfews and reopening of businesses like restaurants and cafes. If cases remain high and increase further, restrictions will return and are likely to be tighter.