Calls for stricter measures as virus variants spread in Turkey 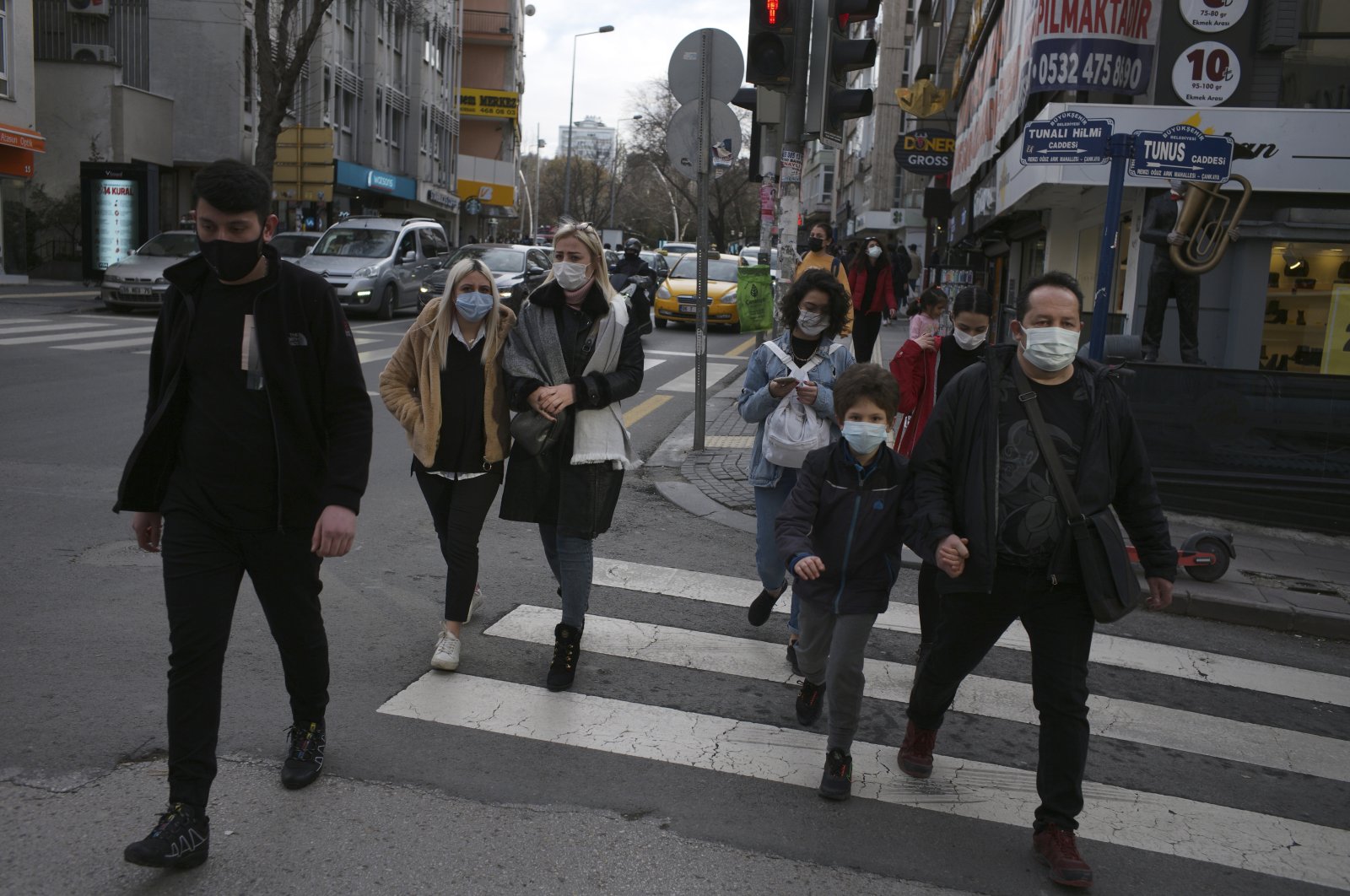 A group of medical societies urged authorities to impose tighter measures, including limiting travel to and from cities where cases are reported, amid the rising risk from COVID-19 variants in Turkey

As virus variants pose a new threat to humanity shaken by the coronavirus pandemic, the scientific community and governments around the world are planning the next steps to handle the emerging crisis. In Turkey, where 196 cases of the U.K., Brazil and South Africa variants were reported, doctors warn that the variants may increase hospitalizations and fatalities.

Four medical societies issued a joint statement recently and called for necessary measures to curb the potential rise stemming from variants. Among their recommendations are restricting intercity travel in provinces with variants unless necessary and pursuing a gradual approach to the planned lifting of restrictions.

The country saw a surge in COVID-19 cases on Thursday and currently relies on a mass vaccination drive that started last month and hardworking contact-tracing crews in the field to detect any contact with positive patients, in this now-expanded battlefield against the virus. Achieving mass immunity is one way to curb both the current virus and its variants, but experts say that it will still take a long time.

The statement by the Turkish Society of Clinical Microbiology and Infectious Diseases, the Society for Clinical Microbiologists of Turkey, the Turkish Society of Microbiology and the Association of Public Health Specialists point out the lurking danger that accelerates infections. It highlights that more variants can be prevented only by breaking the chain of infection. The more infections that spread, the more they tend to mutate. Along with vaccinations and restrictions, actively tracking down the variant cases are among the effective measures recommended. The associations said that “a genomic surveillance network” can help to achieve this. Genomic surveillance is sequencing the genomes of the virus and sharing it through databases on the virus, helping health care professionals to easily detect any changes in any given location where cases are reported.

Experts also recommend boosting the testing capacity of laboratories and upgrading health care infrastructure to respond to variants. Otherwise, daily cases can return to “10,000s and even 100,000s,” the statement warns.

Turkey has a string of measures in place, like mandatory masks, social distancing enforced in places with crowding potential, as well as partial lockdowns. The public compliance with them varies, though so far, people have largely adjusted their lives to the measures as the drop in the number of cases indicates. But as Thursday’s figures demonstrated, occasional upticks are seen in the outbreak. Experts attribute it to the public’s reluctance in complying with measures after becoming weary of lengthy lockdowns and the closure of businesses. Nevertheless, medical societies warn that the measures are more important than ever now for public health, especially in terms of protective masks. “Proper masks should be used and social distancing should be applied. Hand hygiene rules should be followed and people should not stay together in enclosed environments for more than 15 minutes,” the statement said. The societies advise people to stay at home and have closed environments ventilated properly.

They urge speeding up the vaccination of people in risk groups and monitoring the efficacy of the vaccines before a possible rise in variant infections.

“Extreme caution is needed in the relaxation of existing tight restrictions as the vaccination and immunity rate is still not adequate. Restrictions should not be lifted immediately and instead, they should be removed gradually and with consideration to local dynamics,” the statement said. It also calls on the public to cancel domestic or international flights except for emergencies in order to prevent the entry of variants into the country while urging authorities to suspend travel from countries under risk. “Two tests, before and after the arrival of people from countries with a high rate of variant infections, should be conducted and they should be quarantined upon arrival. Negative tests should be asked from arrivals, from all countries and those tests should be conducted upon entry,” it also said.

A new variant of the coronavirus was first reported in the United Kingdom in December 2020, shortly before another one identified in South Africa was found in the same month. A third variant that followed them was identified in Brazil. Countries are on alert against new variants due to their higher transmissibility.

Vaccination is the best weapon for now against new variants, but a clinical microbiology expert warns that at least one of the variants affects “protection” provided by the vaccines. Associate professor Ümit Savaşçı from the Health Sciences University Gülhane Training and Research Hospital says studies show a 70% drop in the protection level of vaccines when it comes to the South Africa variant. Savaşçı told Demirören News Agency (DHA) on Friday that the virus has gone through more than 5,000 mutations so far and its transmissibility has increased. “We have a limited number of cases thanks to measures in place but unfortunately, we have seen rises up to 20% in the number of cases this week,” he said.

Savaşçı said measures should be followed even after inoculation due to threats from variants. “We should wear two masks instead of one and further distance ourselves from others, at least for 2 meters (6.5 feet). Mutated or not, the virus is already dangerous. If we stick to measures, it won’t affect us,” he added.